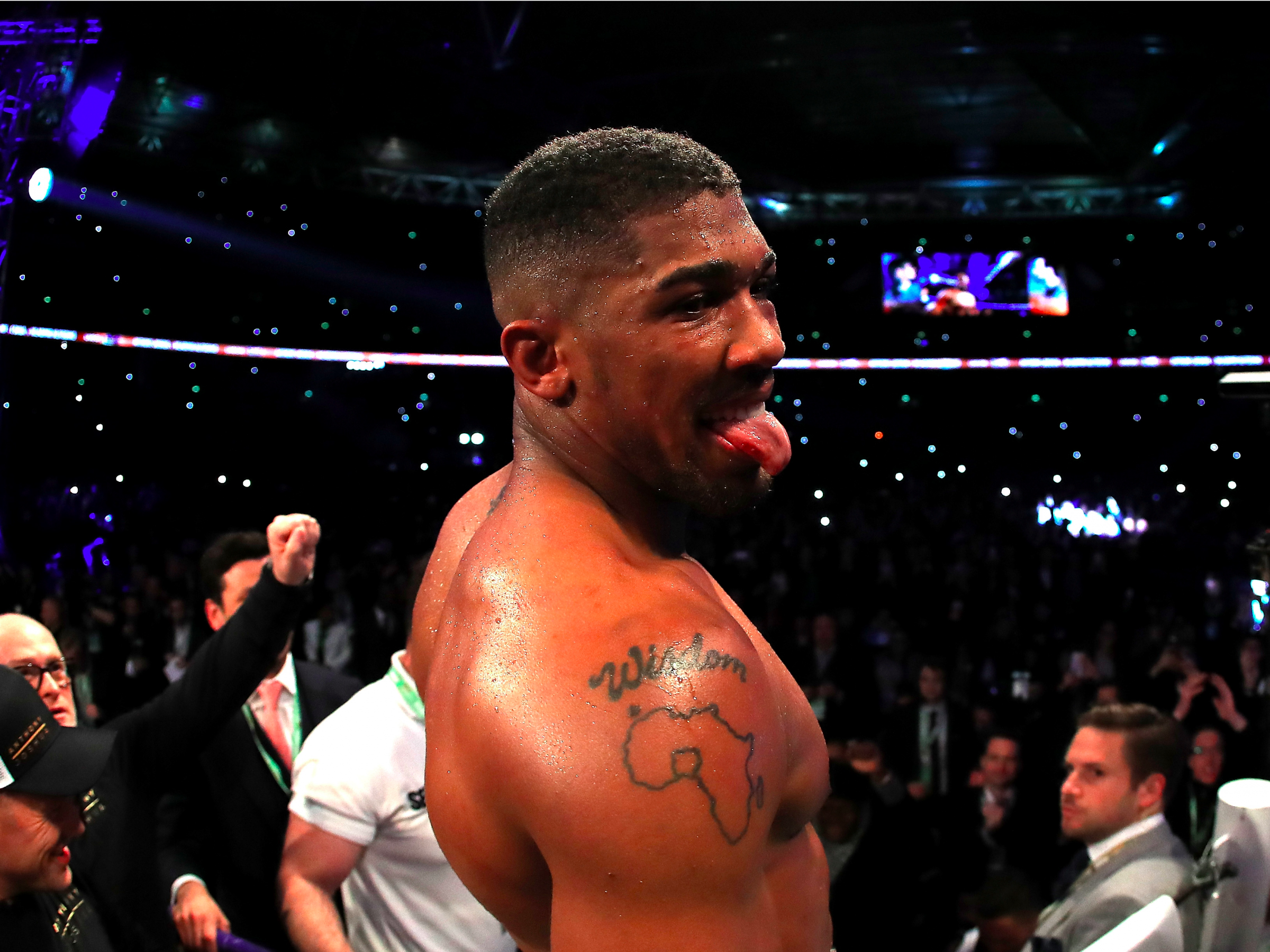 One of the mantras that guides Anthony Joshua’s life in boxing is to “stay hungry.”

And after slaying all-time great Ukrainian boxer Wladimir Klitschko in a back-and-forth battle for the ages, heavyweight king Joshua can certainly be forgiven for working up an appetite.

While he is awaits his next opponent, he has been able to devour his go-to cheat food during his time off.

“But it’s hard finding someone who makes it how I like it. Chefs and family members all make it quite differently.”

So how does Joshua like his pud served? “I like a crispy crumble with ice cream or custard, it just depends on the day and how I’m feeling.” Joshua said that his next bout will likely be in “late October or in the middle of November.” This means he won’t begin a full training camp until August. Until then, he’ll enjoy his break and “watch TV.”

His promoter, Eddie Hearn of Matchroom Sports, is working on a lucrative rematch with Wladimir Klitschko having received approval to book the fight from boxing organisation IBF.

If the rematch goes ahead, it could be hosted by a number of cities including Cardiff in Wales, Lagos in Nigeria, or Dubai in the United Arab Emirates.

But, before fight night, Joshua wants to get back in the gym to “work off all the crumble!”