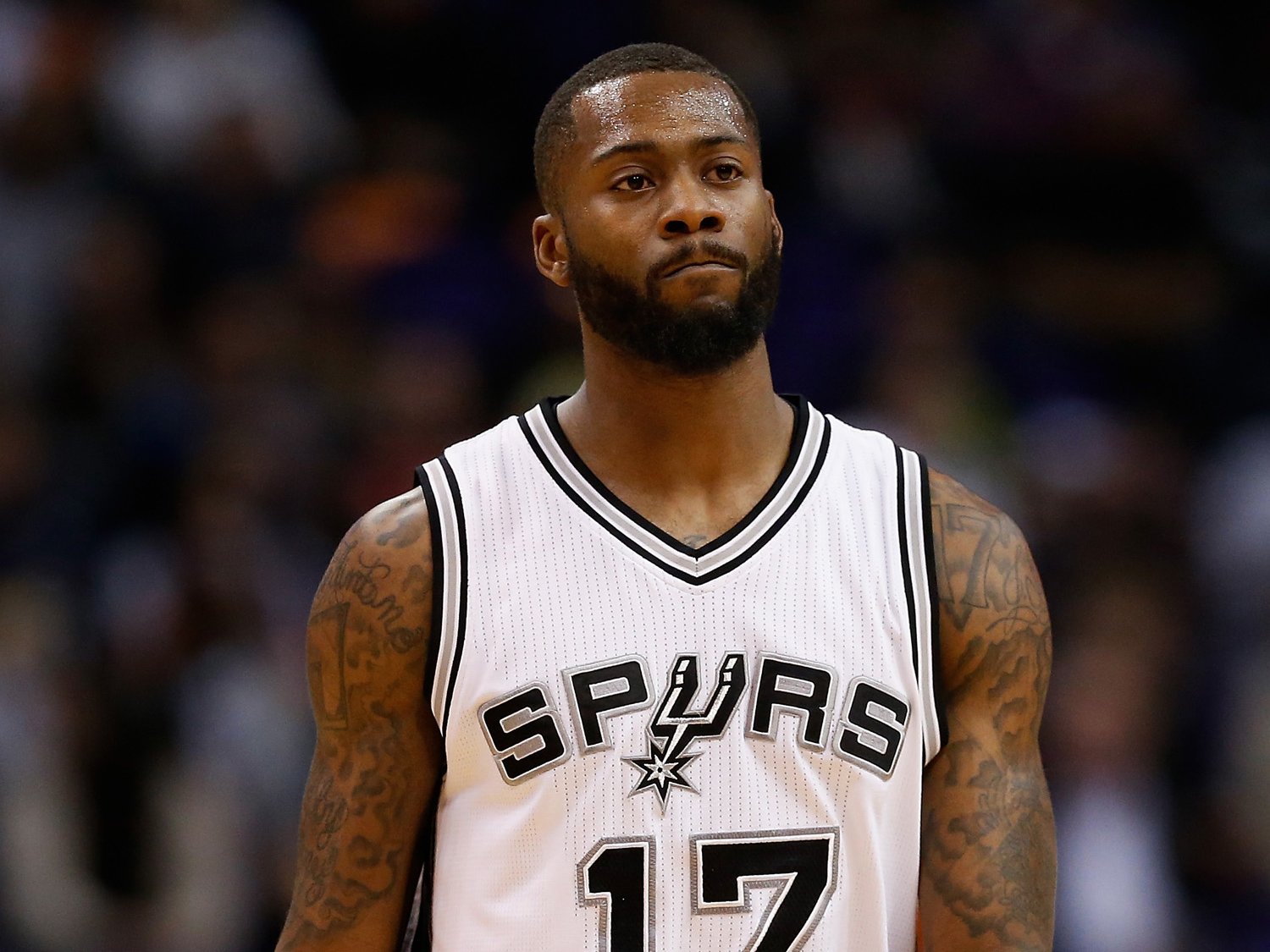 Christian Petersen/GettyJonathon Simmons has had a long, winding journey to the NBA.

The San Antonio Spurs have proven adept at finding valuable players, whether it’s late in the draft or an overseas prospect.

Simmons has taken a peculiar path to the NBA, going through two junior colleges before a stint at University of Houston, declaring for the NBA draft early, going undrafted, playing a year in the American Basketball League (ABL), and then, critically, two years in the D-League with the Austin Spurs.

This past summer, the Spurs signed Simmons to their Summer League team before signing him to the official roster.

“It wasn’t a smooth process,” Simmons told Business Insider during a phone interview, “but I think just the love for the game helped me get through it.”

After going undrafted in 2012 — he didn’t even get an invite to a Summer League team, he noted to ESPN’s Michael C. Wright — Simmons didn’t know his options. He ended up at the ABL in part because it was already in his city. (Simmons grew up in Houston.) His choice was unusual, given that most players who don’t make the NBA play for the D-League or go overseas.

“I didn’t even know much about the D-League,” Simmons said to BI. “I didn’t understand how it worked and I just didn’t really pay attention to it at all until it was in front of me.”

Simmons played one year in the ABL, averaging over 36 points per game. “I almost quit after that,” he told Wright. “Before the first season of D-League, I played in the ABL and was like, ‘This can’t be what basketball is about.'”

However, he was invited to try out for the Austin Spurs, the San Antonio Spurs’ D-League affiliate, in 2013, almost as a last shot at basketball.

While players go back and forth between the NBA and D-League frequently these days, Simmons’ story is exceptional. He had to pay a $150 registration fee just to try out. Many other players enter the D-League draft after going undrafted in the NBA or simply get assigned to the D-League from an NBA team. Simmons had to prove himself among 60 other hopefuls.

He did so and earned a spot in Austin. He averaged 10 points per game in his first season, catching the eyes of his coaches and Spurs management, before breaking out in his second season, averaging 15 points, four rebounds, and three assists per game.

It wasn’t always easy, though. There’s a fine balance to strike between impressing scouts and management for a potential NBA call-up while also playing within a system. “I mean, it’s tough because there’s guys out there that just really look to go get a shot and don’t pass the ball,” Simmons said. “I just got lucky because I played in the Spurs organization, so we have a reputation for passing the ball and making the teams better than the individual.”

D-League salaries also only range from $13,000 to $25,000 per year. Simmons said while he was focused on basketball, he had “heard stories” of players who worked side jobs to make more money, though he didn’t know specifics. “I just strictly played basketball and was fortunate to have people around me that helped me,” he said.

His dedication paid off. In the summer of 2015, he was on the Brooklyn Nets team bus, preparing for a Summer League game in Orlando, Florida, when he received a phone call inviting him to play on the Spurs’ Summer League team.

A strong showing in Summer League earned him a spot on the Spurs — and a two-year, $1.4 million contract (though the second year is not guaranteed). He’s become a consistent part of the Spurs’ rotation.

In 38 games, Simmons has averaged 14 minutes, six points, a little over a rebound and assist per game — modest numbers, but the Spurs have never been a team where players get to inflate their stats. Jason Miller/GettyGregg Popovich has turned to Jonathon Simmons as a consistent contributor off the bench.

In the absence of Manu Ginobili (out with an injury), Simmons has stepped up, averaging nine points, two rebounds, and two assists in 23 minutes per game over the last three games. Additionally, he’s formed himself into a sniper from beyond the arc, hitting 42% of his attempts from three this season, third best on the Spurs.

As a result, when Simmons is on the floor, the Spurs’ offensive rating jumps up three points and their effective field goal percentage rises from 53.6% to 56.4%.

He’s earned the praise of Gregg Popovich, who Simmons said has not been tough to play for.

“Not tough,” Simmons said of playing under Popovich. “But you have to be mentally prepared, because we all know Pop … I mean, the work speaks for itself — you don’t question what Pop says.”

Watching Simmons’ long, 6-foot-6 frame glide easily around the court speaks to his calm, confident demeanor off of it. When asked if there’s been a moment that hit him, an “I made it to the NBA” moment, Simmons said, flatly, “No.”

When asked if there’s been a player that’s been particularly challenging to defend, he paused briefly and said, “No.”

“I just know that this is my first year, and I’m just learning right now and it all comes back around.”

Simmons blends perfectly into San Antonio’s straight-faced culture, and the Spurs once again have found a gem 29 other teams overlooked.

NOW WATCH: The origins of the world’s strangest sports traditions