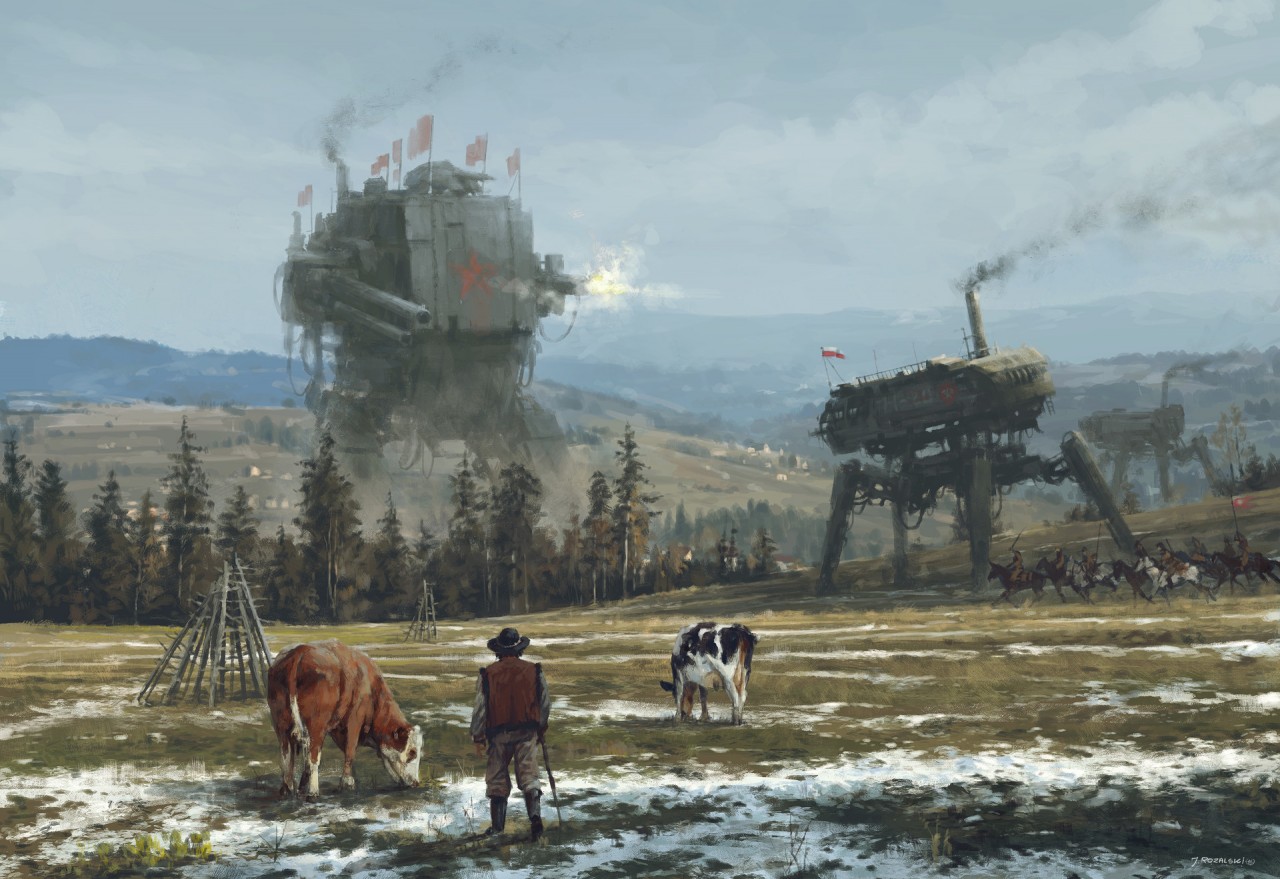 It’s not often that concept art and a simple game idea can send chills down my spine. That’s the case with 1920+, what’s being called an alternate history World War I shooter.

The beautiful work is being done by Jakub Różalski, a Polish Concept Artist and Illustrator. Różalski took to Facebook to describe the 1920+ universe and tease what’s coming next.

Here’s a bit of it, unedited. You can read the full wall of text by hitting the source link below.

World of 1920+ is an alternate version of the world and Europe, of the turn of the XIX and XX century. Period when tradition clashed with modernity, and the world was still full of mysteries and secrets. in the era of the industrial revolution, mankind fascinated by engines, iron and steel, began to experiment and try to build a huge walking machine…

…Visually, the most important points of the world 1920+ are: rural landscapes and atmosphere, cavalry, and mechs.

Różalski then posted the image you see directly below with a tease that read, “I think it’s a good day to announce a new project based on my 1920+ world, more coming soon… but I can assure you that it will be worth the wait (there is a hint at the bottom of the picture) cheers!”

On that picture, you’ll see that 1920+ is coming to the PC, PlayStation 4 and Xbox One. We’ll be watching this one for more, so stay tuned.