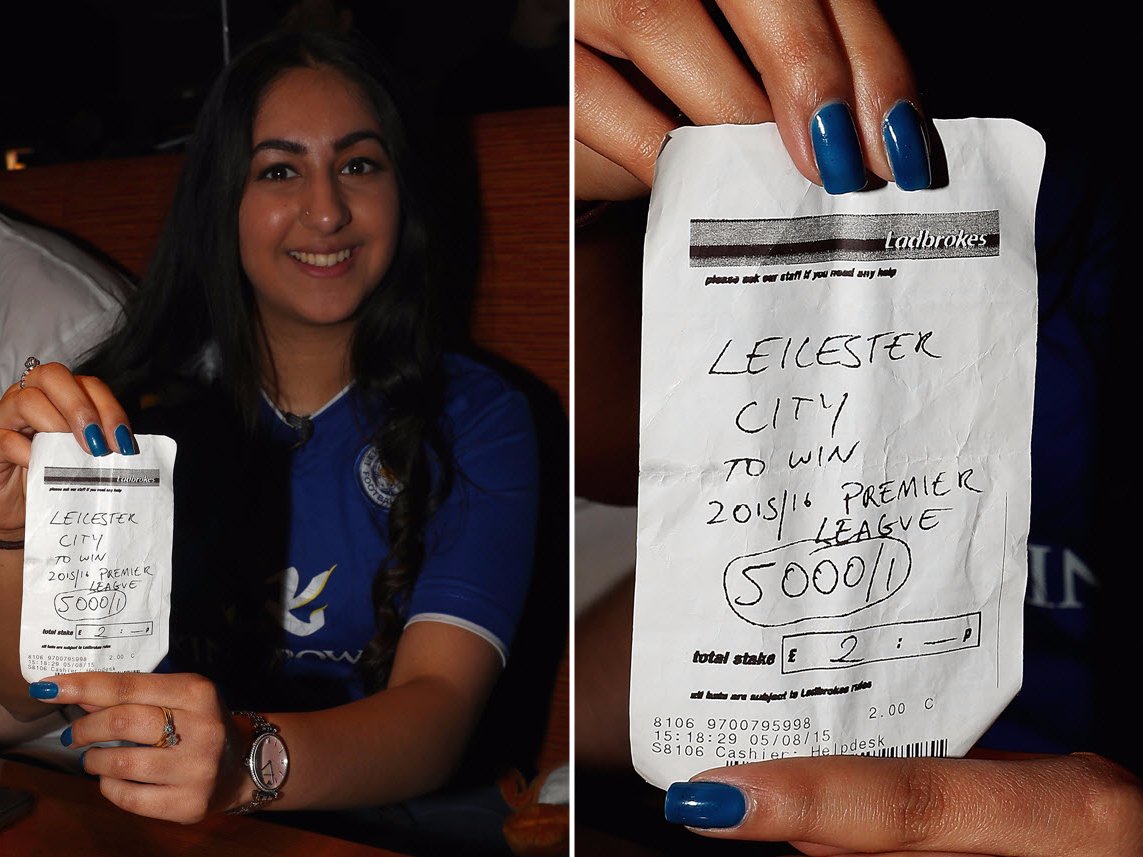 Leicester City did the seemingly impossible this season, overcoming 5,000-to-1 odds to win the Premier League.

But if it seems like those odds were a little out of whack, it’s because they were — on purpose — and that ploy cost the bookmakers millions.

In reality, no team in a 20-team professional league should ever be 5,000-to-1 to win the championship, even in the typically top-heavy Premier League.

But it is that lopsided nature of England’s top-flight league that forced the bookmakers to take extreme action, action that Joshua Robinson of The Wall Street Journal calls “one of the most glaring mistakes in sports betting history.”

To put it simply, the bookmakers had to bloat the odds on the lesser teams in order to entice people to bet on them.

Here is how it works.

Leicester City probably should have been 1,000-to-1 or 2,000-to-1 before the season. However, those odds weren’t considered long enough to get fans to throw money down, and if fans aren’t betting, the books don’t make money.

“You’re not going to get money on those teams…unless you offer something in the realm of ridiculousness,” Jay Rood, the vice president of Race and Sports Book for MGM Resorts, told The Journal.

In other words, the idea that Leicester City was a 5,000-to-1 long shot is a huge exaggeration and was only true in the gambling sense, not on the field.

The big issue is that the Premier League is almost always won by one of the same four teams: Manchester United, Chelsea, Manchester City, or Arsenal. However, at 5,000-to-1, gamblers start to take notice and dream of riches. Most of the time it works — Aston Villa and Sunderland were also 5,000-to-1 before the season — but this time it backfired.

According to Robinson, UK betting houses lost “around $15 million,” with one book alone, Ladbrokes, having to pay out $4.35 million.

A Ladbrokes spokeswoman told The Journal that the days of 5,000-to-1 odds are probably over. Part of that is because of the losses from the season. But it is also because the idea of an underdog running the table seems more like plausible than ever, thanks to Leicester City.