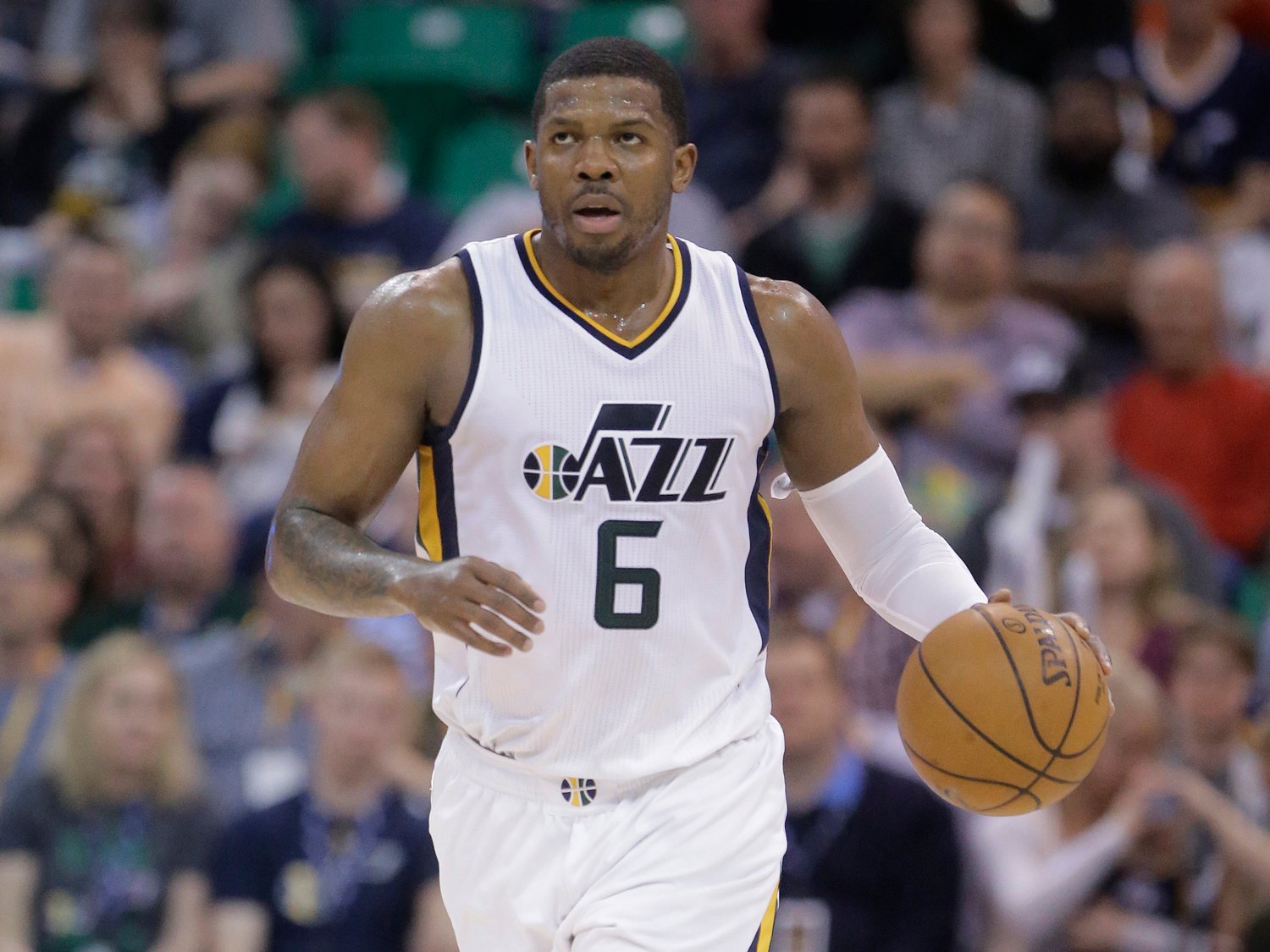 The Utah Jazz tied up their series with the Los Angeles Clippers on Sunday with a trilling 105-98 win.

Once again, the Jazz were saved by a most unlikely hero down the stretch — 35-year-old Joe Johnson.

Johnson has proven crucial for the Jazz this postseason, first hitting the game-winning floater in Game 1, then bailing out the Jazz in a crucial Game 4 with 13 points on 5-of-7 shooting with three assists in the fourth quarter alone.

For Utah, it’s looking like the addition of Johnson was one of the smartest offseason signings in a summer full of robust deals for role players. The Jazz offered Johnson, a seven-time All-Star with the Atlanta Hawks and Brooklyn Nets, a two-year, $22 million deal. Johnson was courted by several teams, the Clippers included, but ultimately chose a young, growing Utah team where his experience and on-demand scoring would be vital.

In Game 1, as Utah lost starting center Rudy Gobert on the opening play with a knee injury, Johnson came off the bench, sliding into the game a small-ball four, and torching the Clippers with a spread-out offense. His buzzer-beating floater was trademark Johnson — cool and under-control as he got a switch on Jamal Crawford, bullied his way to the rim, then lofted a shot to win the game.

His importance in Game 4 can’t be understated. With Gordon Hayward out with the flu, the Jazz offense was desperately in need for an aggressive scorer. The Clippers seemed to pulling away, going up 87-80 before “Iso Joe” went to work on a series of runners and floaters, exploiting mismatches as they came.

Then, finally, as the Clippers began double-teaming Johnson, he made the right plays, hitting Jazz shooters for open threes. Utah had suddenly run away with it.

Jazz coach Quin Snyder effectively described Johnson’s game afterward, saying, “He’s so sure with the ball. He has the strength to get spots on the floor. But how he takes us to a unique place is he’s such a willing passer.”

With Johnson on the floor in the series, the Jazz have outscored the Clippers by 16 points — no other Jazz player has a higher +/- than nine. When Johnson is on the bench, the Jazz have been outscored by 20.

This is a series now, and it may be tilting in Utah’s favor, thanks to Johnson’s heroics. The Jazz got Rudy Gobert back in Game 4 and he looked healthy and springy. With Blake Griffin out for the postseason, Hayward potentially recovering for the remaining games, and Johnson’s dynamic play, the Jazz have a chance to advance in the postseason for the first time since 2010.