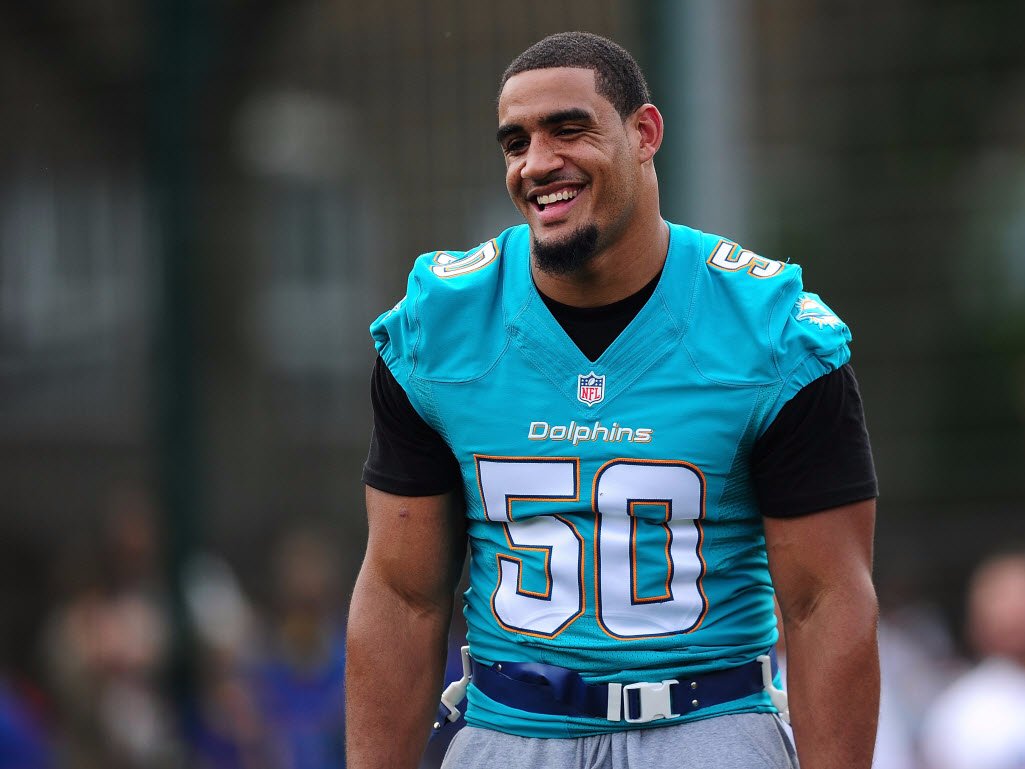 Colin Kaepernick helped lead the San Francisco 49ers to back to back NFC Championship games and was rewarded with a “record” $126 million contract that became the poster child for team-friendly contracts that are not nearly as great as the big numbers suggest.

Peter King of MMQB has the details of the deal. The contract Vernon agreed to is enormous at $85 million over five years, the largest contract ever for a defensive end. Not bad for a player with just 14 sacks in the last two seasons combined.

More importantly, $85 million is just part of the picture. It is actually the smaller numbers that are more important, and show how great the deal is for Vernon.

King spoke with both Vernon and his agent, David Canter, about the deal. King explains that once the Dolphins decided to remove the transition tag, which would have allowed the Dolphins to match any offer, a bidding war opened up among several teams.

By putting emphasis on those numbers, Vernon was able to land a contract with a ton of guaranteed money and a ton of money up front.

It is a little bit of apples and oranges, but here is a breakdown of Vernon’s contract as compared to the deal signed by Kaepernick. It shows how Vernon’s $85 million contract is actually a lot better than the sexier-sounding $126 million deal.

The key is the actual guarantee and the money up front. In most contracts, only the money in the first year is truly guaranteed. Vernon got more than that.

In addition, as King noted while describing the negotiations, for a key player like Vernon, there is almost no chance he will be cut after one year and little chance of being cut after two seasons. That means the most important number is actually the amount paid in the first three years, since the chances of a team opting out start to go up after Year 3.

And the Giants are moving toward allowing Vernon to set the record for defensive-end guarantee, and for money paid in the first one, two and three years of a contract. Why is this important? Because even if a player were to disappoint a team and not produce at superstar level, there’s no way he’d be cut after a year, and almost certainly not after two. Canter wants this deal to be a record-setter through three years for Vernon, and also to show the world that a lesser player with big upside could make history the same way the great [J.J.] Watt had.

This is an important shift in thinking among players and their agents. When Kaepernick signed his deal, the rumblings were that players liked the idea of their name being printed next to a number bigger than $100 million even if the number meant little. In addition, agents liked tossing around numbers that big because it looked better for potential clients.

While both thoughts may still carry weight. Canter’s deal for Vernon shows a new point of emphasis. While the Jaguars were offering Vernon a deal with a similar total value, it did not compare to what the Giants were offering up front.

Five-year deals in the NFL aren’t totally guaranteed, and the Giants’ guarantees mean a lot to Canter. Though Jacksonville’s total dollars are close, the early years are weighted in the Giants’ favor.

Another point of emphasis for Canter and Vernon was the length of the deal. While a seven-year deal might be more ideal in other sports, Canter wanted a five-year contract for his client while some teams were offering a six-year deal.

The benefit is that Vernon will now be a free agent again when he is 30 instead of 31 and has a better chance of grabbing one more big contract.

Only time will tell if NFL teams start to fall into a pattern of offering more guaranteed money and more money up front. But it is telling that one unheralded defensive end was able to secure a deal worth more than a quarterback who, at the time, was considered by many to be the future of the NFL. And for the players, this is a good start.