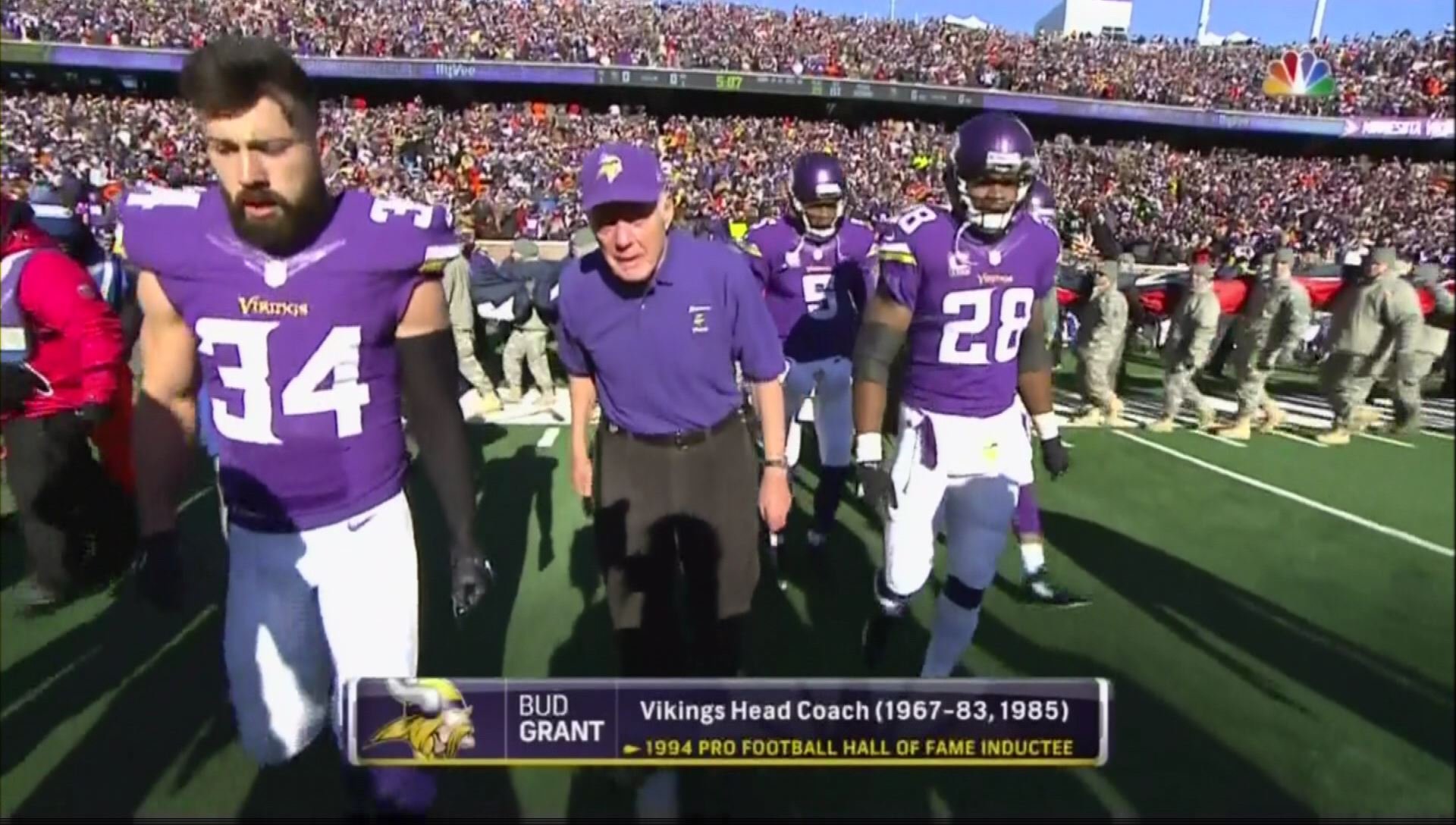 Legendary Vikings coach Bud Grant served as an honorary team captain for Minnesota during the pregame coin flip, and despite the frigid sub-zero temperatures 88-year-old Grant trotted out to midfield in a golf shirt!

According to NBC’s Michelle Tafoya, the temperature at kickoff was negative six degrees Fahrenheit — the third coldest game in NFL postseason history. It’s so cold in Minneapolis that tickets were selling for less than $50 on the secondary market, and the team’s giant Gjallarhorn shattered.

None of this phased Grant, though. Standing in the tunnel before the flip, Grant reportedly asked an NFL official to hold his jacket because he wanted to send a message to the fans about the how much the team loves the weather.

Bud Grant to NFL staffer: “Would you hold my jacket while I go out for the toss & show how we love this weather?” pic.twitter.com/yRMHmb0P5q