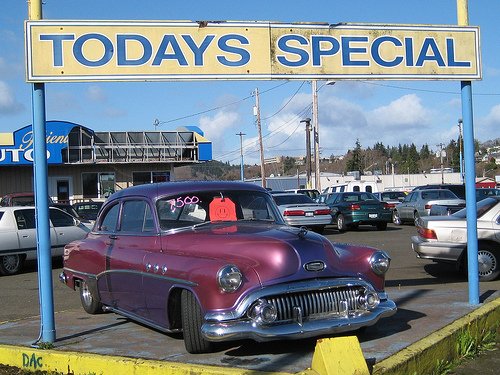 Picture this: you’re trying to buy a used car, and you’rehaving difficulty.

There are many, many more cars out there now than there were a few years ago. The old go-to used-car dealers have smaller lots and less inventory, and they have been replaced by online dealerships.

But it’s a hassle to compare all of those at once.

That’s pretty much the position bond investors find themselves in right now. A bunch of electronic platforms have popped up to make up for this, but they’re all over the map.

AllianceBernstein, the asset manager that oversees $498 billion, developed a solution to all this chaos. The system is called ALFA, which stands for Automated Liquidity Filtering and Analytics, and it pulls all the various platforms together into one place — giving the firm a real-time view of the entire bond market. According to investors and traders, this is the smartest tool out there.

Now AllianceBernstein has sold the intellectual property and technology behind ALFA to Algomi, a fixed income data platform. AllianceBernstein is also taking an undisclosed minority stake in Algomi and a seat on the board.

“We are confident that Algomi will take ALFA to even higher echelons and bring the entire buy-side together on a world class platform,” Jim Switzer, head of credit trading at AllianceBernstein, said in a statement.

“The initial buy-side excitement we have received across the US, Europe and Asia has been overwhelming and we are now entering contract negotiations with a number of firms,” Rich Colucci, head of Americas at Algomi said in a statement. A farmer on a dried-up pond on the outskirts of Baokang in central China’s Hubei province.Reuters/Stringer (CHINA)

ALFA takes in data from the slew of trading venues that have popped up, such as TruMid and Liquidnet, as well as legacy players like MarketAxess. It is also plugged in to Project Neptune and Tradeweb.

“The credit trading desk at AllianceBernstein is consistently on the cutting edge,” Amar Kuchinad, CEO of the bond-trading platform Electronifie, told Business Insider last year. Electronifie has since been acquired by TruMid.

AllianceBernstein started developing ALFA in June 2015, and it rolled it out in October that year.

“It puts all that information at your fingertips, so you can make an informed decision,” Tim Morbelli, vice president of credit trading at AllianceBernstein, told Business Insider last year. “All these different venues are trying to solve that issue of liquidity, but liquidity doesn’t necessarily make you more efficient. Efficiency can help generate more liquidity, however.”

There is also a wider shift at play here. More sophisticated technology is allowing firms like AllianceBernstein to become a price maker, rather than just a price taker.

Investors used to have to rely on dealers to set the price of a bond. Now they can let the market know what they are willing to buy and sell at through all-to-all trading platforms that welcome all market participants as traders. This is happening across the investment universe; according to research from Greenwich Associates, almost one-third of investors either are making or are planning to make prices in the next 12 months.

“Our fixed income team recognized early that the industry landscape was changing and that those who could effectively address issues such as lack of liquidity, price transparency, and efficiency, would have a competitive advantage,” Switzer saidin the statement.

“By leveraging the resources across the firm, we were able to create a technology that enables investors to play a more active role in generating liquidity in the marketplace – making them ‘price makers’ rather than simply ‘price takers,'” he added.

That approach has had a real impact on trading costs.

Analysis has shown that all-to-all trading delivers better pricing than trades placed with dealers, according to Morbelli, with AllianceBernstein saving 4.5 basis points on average on the bid-offer spread, or the spread between where buyers are willing to buy (bid) and the price at which sellers are willing to sell (ask).

“If everyone has one of these, great, then we can focus on investing,” Morbelli said last year.