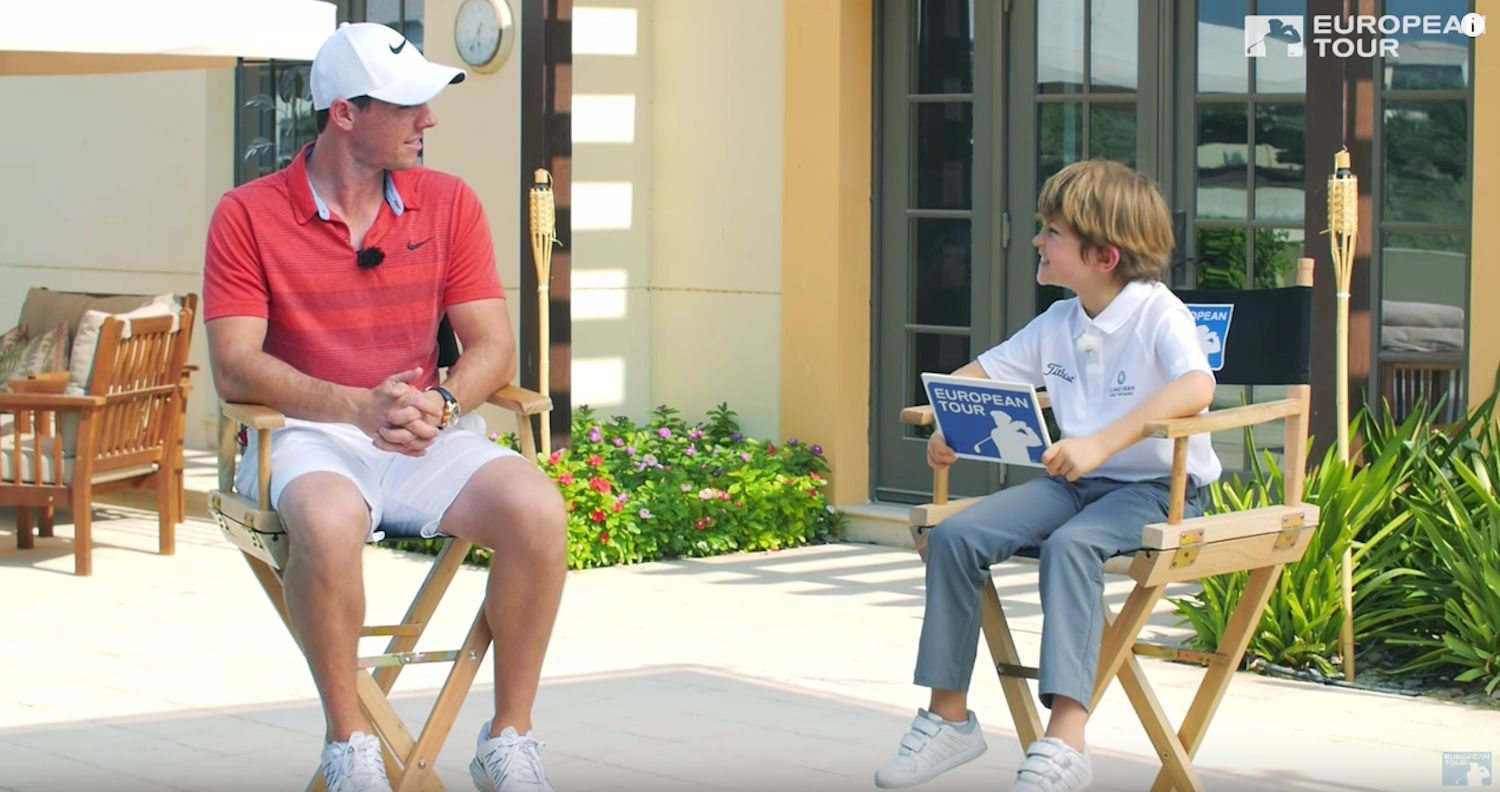 Rory McIlroy is currently trying to defend his DP World Tour Championship in Dubai, but the hardest part of his trip to the UAE may just have been an interview he did with a 9-year-old European Tour journalist named Billy.

Do not let Billy’s youth or charming British accent fool you. The kid has reportorial chops. In the interview, he asks McIlroy legitimately hard-hitting questions, like why he skipped Rio, which clubs he’ll be using now that Nike is no longer making clubs, and whether he still watches women’s tennis even after breaking off his engagement with Caroline Wozniaki.

McIlroy, evidently stunned to be seated across from a prepubescent Bob Woodward, mostly just laughs and blushes.

Here, for example, is Rory’s face when Bill asks who his favorite women’s tennis player is. Note that he scratches his arm for roughly ten seconds: Billy concludes the interview by presenting Rory with a gift of socks. We won’t spoil why, but the reasoning is terrific.

From one journalist to another, Billy, well done.

You can watch the full video below: