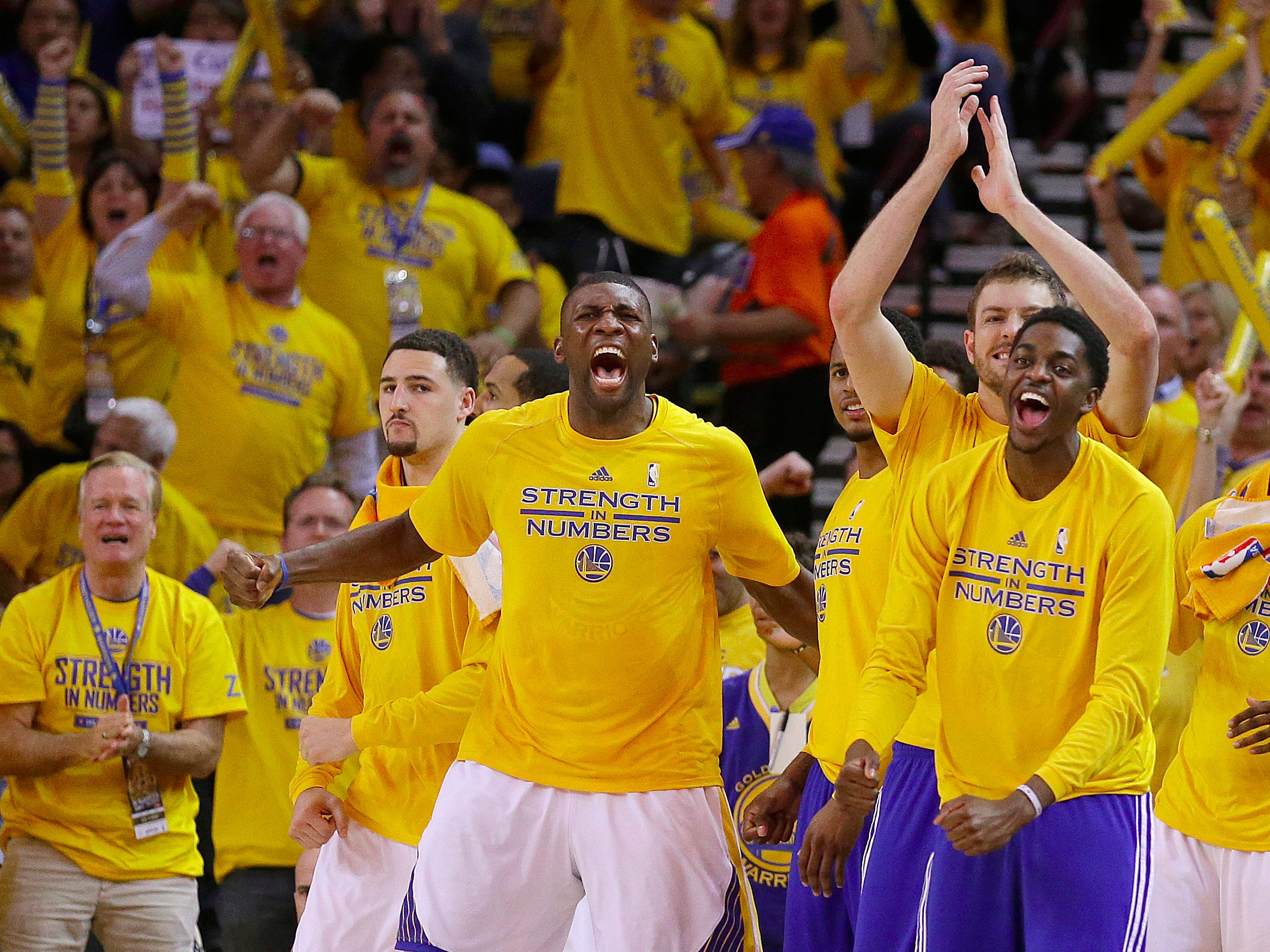 AP Photo/Ben Margot)Golden State Warriors players react during the second half of Game 5 of the NBA basketball Western Conference finals against the Houston Rockets in Oakland, California, May 27, 2015.

Oracle cofounder Larry Ellison missed out on buying the Golden State Warriors in 2010, and it may have been the best thing that happened to the team.

In a Bloomberg M&A podcast, reporter Alex Sherman interviewed Sal Galatioto, the banker who worked on the sale of what is today the NBA’s best team, about the sale process.

“We held an auction. It was a frothy auction, it had 12 bidders,” Galatioto explained. “The final two bidders were Joe Lacob and his group, who won. I got dumped on from great heights for selling it to him.”

Ellison, cofounder of Oracle, was the other bidder. Fans thought Ellison would take over the team and spend a bunch of cash. Galatioto thought otherwise.

He wasn’t the high bidder. Peter Guber and Joe, they had a vision for this team, and I really felt they were going to be great owners. I went on air in the San Francisco area and I told everybody they were going to turn this around. They had a vision, they were focused and they really understood what needed to be done. I got pooh poohed, oh my god. People wanted Ellison to win. They don’t understand it. Joe had a plan. Joe got it.

I am still waiting for someone from the San Francisco Bay area to get back to me and say, “You know what Sal, you were right, these guys were the right owners.” No offense, but who is better than these guys? Give me a break. They’ve turned the team from a laughing stock to a powerhouse.

Galatioto, who has been described as “The King of Sports M&A,” helped sell the Charlotte Bobcats to Michael Jordan and the Washington Redskins to Daniel Snyder. He worked at Societe Generale and Lehman Brothers, and now runs his own firm,Galatioto Sports Partners.

Listen to the podcast here >>