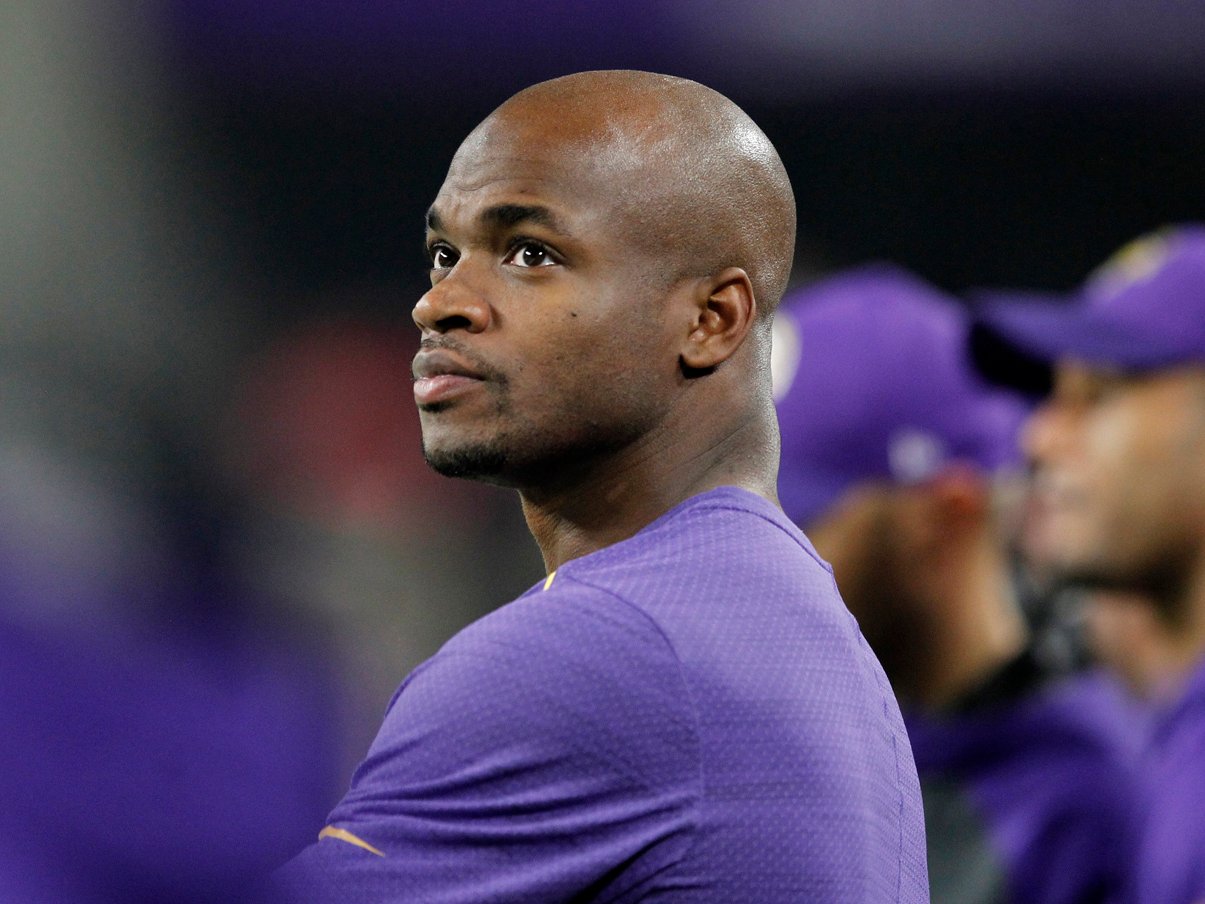 The biggest-name running back in the NFL is now off the market.

According to ESPN’s Josina Anderson, 32-year-old running back Adrian Peterson is signing a two-year, $7 million with the New Orleans Saints.

The deal is essentially a one-year deal with $3.5 million guaranteed but with escalators and incentives that could push it to $8.25 million, according to NFL Network’s Ian Rapoport.

The deal is a massive pay cut from what Peterson could have had in Minnesota. The Vikings opted not to pick up Peterson’s $18 million contract option for 2018, making him a free agent. According to Rapoport, the Saints’ offer was the only formal offer Peterson received, as the market for over-worked running backs evaporated.

However, Peterson’s deal is still solid, all things considered. According NFL.com, he’s the 22nd highest-paid back, which, even with Peterson’s historic career, is no slight when you consider he’s played just 20 games over the past three seasons while coming off a torn ACL in 2016.

Additionally, Peterson was smart to take the Saints’ deal now. The NFL Draft is just two days away, and with a draft class stocked with intriguing running back prospects, Peterson’s options likely would have only shrunk if he had waited. Teams with serious needs at running back could have taken any one of the top backs in the draft and found little reason to sign a veteran back looking for a bigger role.

Instead, in New Orleans, Peterson goes to a team with a proven quarterback in Drew Brees, a smart coach in Sean Payton, and an offensive line that ranked second in stuffed percentage (percentage of plays where running backs are stopped at or behind the line of scrimmage), according to Football Outsiders.

Peterson figures to be slotted behind Mark Ingram on the depth chart, but the Saints split carries between Ingram and Tim Hightower — a 30-year-old journeyman running back who signed with 49ers this offseason — last season. Certainly, if Peterson is able to prove himself in New Orleans, he’ll get a hefty amount of carries alongside Ingram.

And if Peterson can stay healthy and productive, he’ll earn more money on his deal. ESPN’s Adam Schefter reported that both the Saints and Peterson don’t want this to be a one-year rental.

Saints gave Adrian Peterson a two-year deal. They would like him to play two years and he wants to play the two years.

It was likely difficult for Peterson to accept the realities of his new market. He went from being one of the highest-paid players in the league to a running back teams weren’t exactly bending backward to sign.

However, despite the paycut, Peterson still ended up with a fairly good deal. He’s making more than a minimum on a good offense with the chance to prove he can still play and earn more money.