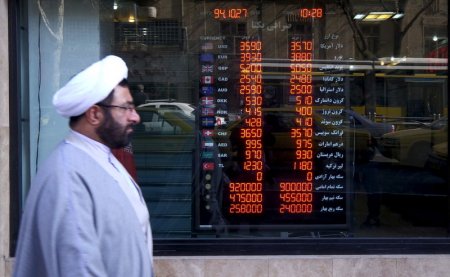 DUBAI (Reuters) – A purchase of more than 100 aircraft from Europe’s Airbus may be one of Iran’s first big deals in a trade and investment boom that could reshape the economy of the Middle East.

“The legs of Iran’s economy are now free of the chains of sanctions, and it’s time to build and grow,” President Hassan Rouhani tweeted on Sunday, a day after world powers lifted sanctions on Tehran in exchange for curbs on its nuclear program.

Hours earlier, his transport minister Abbas Akhoondi told the Tasnim news agency that Iran intended to buy 114 civil aircraft from Airbus – a deal that could be worth more than $10 billion at catalog prices.

Airbus said on Saturday it had not yet held commercial talks with Iran, and businesses operating in the Islamic republic will continue to face big obstacles for the foreseeable future.

Risks include indebted Iranian banks, a primitive legal system, corruption and an inflexible labor market. Many foreign companies will remain wary of investing in Iran because of concern that the sanctions could “snap back” if Tehran is later found not to be complying with the nuclear agreement.

But the Airbus plan underlined Iran’s potential: with about 80 million people and annual output of some $400 billion, it is the biggest economy to rejoin the global trading system since the Soviet Union broke up over two decades ago.

The nuclear deal removed restrictions that stifled Iran’s economy for most of this decade – on banking, money transfers, insurance, trade, transport and procurement of technology.

This will allow Iran to satisfy pent-up demand for goods and services that it had trouble obtaining at affordable prices under sanctions, from aircraft to factory machinery, medicines and some consumer goods such as cosmetics and branded clothing.

Iran will immediately have more money to pay for imports, as the government gains access to tens of billions of dollars of its assets that were frozen abroad by the sanctions.

U.S. officials have estimated the amount of funds to be unblocked at over $100 billion. Iran’s central bank has said the total is much smaller at $29 billion, but that would by itself still cover several months of imports of goods and services.

Iran will also gain financial strength from an increase in oil exports, as it becomes able to sell freely into the global market once again – though ultra-low oil prices, and the need to repair ageing oil facilities, mean the rise in revenues may initially be small.

Rouhani told parliament on Sunday that Iran aimed to attract $30-50 billion of foreign capital in the next five years to boost annual economic growth, now near zero, to 8 percent – a level achieved by Asia’s “dragon” economies in their best years.

“Iranian government policies in the post-sanctions era will focus on attracting foreign investment, expanding non-oil exports, and making the best use of financial assets,” he said.

Many economists think the 8 percent growth target is much too optimistic without difficult reforms to business regulation and the labor market that could take years to push through, even if Rouhani can sustain the political will for them.

But the lifting of sanctions does appear likely to trigger a surge of growth. Analysts estimate a third of Iranian industry may have been idled by the sanctions; some of this will now start coming on line as Iran seeks to regain export markets.

That could shift the balance of economic power in the Gulf. Over the past decade, as Iran has labored under sanctions, trade and investment flows have favored the Gulf Arab oil exporters, including Saudi Arabia’s $650 billion economy.

Growth in the Gulf states is now slowing as their state finances are damaged by low oil prices. Iran, with a much more diverse economy that includes big non-oil sectors such as agriculture and car manufacturing, could begin to catch up.

U.S. companies look set to lag rivals from other countries in restoring trade with Iran, because Washington will retain broad sanctions that predate the nuclear crisis and were imposed over other issues such as terrorism and human rights abuses.

But U.S. business with Iran may still increase, after the U.S. Treasury said on Saturday that it would permit foreign subsidiaries of American companies to trade with Iran – a channel that big multinationals may be able to exploit.

A big foreign investment presence may take longer to rebuild than trade ties. Some firms may want to wait until they see the stance of the next U.S. president towards Iran; many will worry about “reputational risk”, or exposure to legal action from shareholders or lobby groups, if they invest there.

Some oil companies will rush back to Iran, and service sector and retail firms may invest because they do not need to risk much capital, but other businesses will be cautious, the Eurasia consultancy predicted.

Even in manufacturing, however, the lure of Iran’s big consumer market may be hard to resist. France’s PSA Peugeot Citroen
has been trying to negotiate a return to manufacturing in Iran, from which it withdrew in 2011; Renault has also been looking at such a deal.

Germany’s Daimler said last week that its commercial vehicle division aimed to return if sanctions were lifted. “We are currently in talks with potential Iranian partners,” a spokeswoman for Daimler Commercial Vehicles told Reuters.