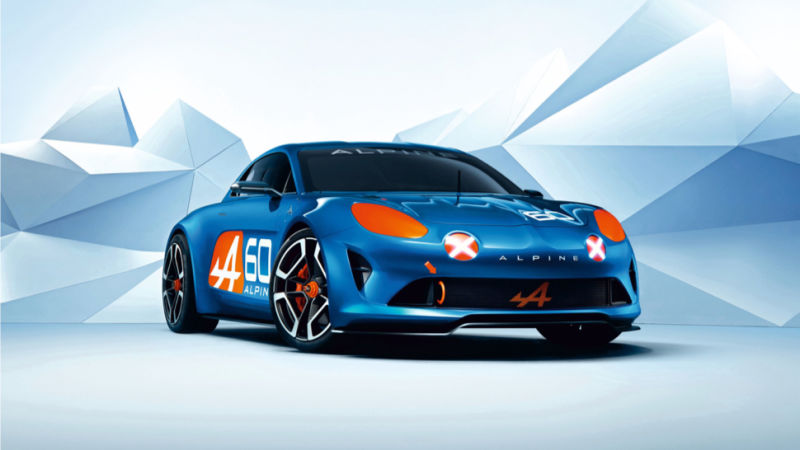 Alpine, the French maker of hulking rear-mounted Renault-engined beasts, has been hinting at a comeback for a while. There was a concept here and there, like the Alpine Celebration concept from last summer. But who could say if it wasn’t all just another fake out? It turns, out Alpine itself, and we’ll see a new car in two weeks time.

How do we know? Well, it’s from this cryptic tweet, posted by someone going by the name Alpine_cars on the Twitter:

“Sure,” you say, “but that could just be some rando, on the Internet. That Twitter account only has 955 followers, and even Ballaban, the sad, crappy tweeter that he is, has more than that.”

But is it a rando? I think not. There are clues, in the tweets. All we need to do is look closely at them. Enhance.

There, right next to the Alpine_cars name, is the little “A” logo of Alpine. Yes, “A.” Strong evidence already, I know, but there’s even more there. That little check mark, which Twitter uses to denote a verified account, denotes that this is indeed whoever Alpine_Cars say they are. But how do we know it’s the Alpine Cars, and not some other Alpine Cars?

“Rendez-vous” is a French saying, meaning “rendez-vous,” and you can thank my four years of grade school French classes for that perle de sagesse.Alpine, the French car company which made cars using parts from another French car company, is also French.

But anyone with four years of grade school French and access to Google Translate can use a fancy French word here and there, like I just did. How can we know for sure?

BOOM. There it is. An entire tweet, in French, laying claim to the famous Alpine A110. One of the prettiest rear-engined cars ever to come into existence (be quiet, just this once, Karmann-Ghia owners), it was all fat wheel arches and fog lights and hairy-chested rally greatness.

After the A110, Alpine went on to build cars like the GTA, among the best-looking of all the wedge-shaped cars to come out of the 1980s, before finally making one last, mysterious prototype, and shuttering seemingly for good. The Alpine factory in Dieppe, France, continues to churn out hot Renault hatches, though it’s not the same as a proper Alpine.

But it looks like we’ll be getting one soon.