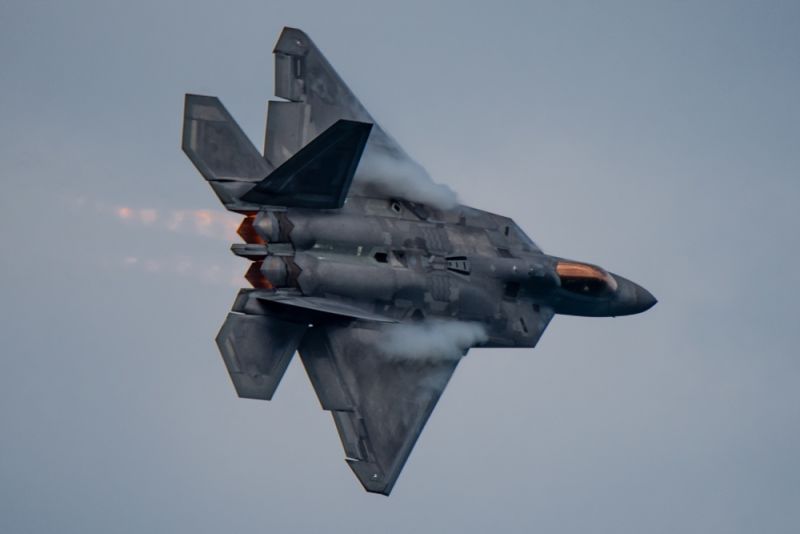 Foxtrot AlphaTech and news from the world of modern defense.

A year ago, then-Secretary of Defense James Mattis ordered America’s air forces to achieve what seemed like an unattainable goal: make eight out of 10 fighter jets ready for action within one year. Today, a good chunk of the Pentagon’s fighter inventory is set to hit that goal—all except for the newest, so-called “fifth generation” fighter jets. The disparity between the readiness of newer jets versus older ones calls into question whether stealth aircraft are too complicated to maintain such high levels of readiness.

On September 17, 2018, Mattis ordered that the Pentagon’s core jet fighter fleet, consisting of fifth generation F-22 Raptors and F-35 Lighting IIs and fourth generation F/A-18E/F Super Hornets and F-16 Fighting Falcons, to reach 80 percent mission capable rates within one year. The order followed a series of media and government reports that indicated capability rates had fallen dramatically. (“Mission capable” might vary slightly from service to service but in the U.S. Navy, for example, it means an aircraft that is safely able to fly and can perform at least one of its designated missions.)

The Navy’s F-35C, the carrier-based version of the Joint Strike Fighter, was 40 percent capable, while the Marine Corps’ vertical takeoff and landing F-35B hovered at around 55 percent.

No doubt about it: all of those numbers, from the Super Hornet to the F-35, are frankly bad. In peacetime, with adequate funding, spare parts, and maintenance personnel, good numbers are typically north of 80 percent, hence Mattis’ benchmark.

The Pentagon-wide fighter readiness shortfall was due to a number of issues, some particular to certain types of aircraft, some not. As almost everyone knows by now, the F-35 has suffered from serious technical issues that are gradually being worked out—at the cost of the aircraft being over budget and years behind schedule. The delayed entry of the F-35 has in turn stressed older aircraft fleets, as those aircraft were forced to remain in service longer than expected.

All four fighter jets have flown extensively over Afghanistan, Iraq, and Syria over the past decade, an operational tempo the services have struggled to support. In 2016 the Air Force was short 4,000 aircraft maintainers, though that problem has been reportedly fixed. Finally, the Navy, Marines, and Air Force all believe they could have done better with more money.

Now, according to Defense News, there’s good news and bad news. Bad news first: two of the jets called out by Mattis will miss the target, and those are the F-22 and F-35. In true F-35 “just one more year” tradition, FlightGlobal reported in April F-35 units in all three services are on track to reach 80 percent by September 2019, and the entire F-35 fleet should hit 80 percent by September 2020.

The good news? The Air Force’s F-16 fleet “should” hit the 80 percent target. U.S. Naval Institute News reported in April that the Navy’s F/A-18E/F Super Hornet fleet should reach 80 percent this month—a truly Herculean lift. This spreads flight hours out among more planes, making them last longer between overhauls and allows more Navy pilots to get in more flight hours.

Reviewing the numbers, one can’t help but notice that the older aircraft like the F/A-18 Super Hornet and F-16 are more mission-capable than the newer F-22 Raptor and F-35 Lightning II. In addition to previously mentioned issues, the Air Force blames the F-22’s woes on maintaining the jet’s low-observable skin coating and tape. The coating, which older jets lack, requires regular maintenance to keep the jet stealthy.

The F-22 fleet was also in flux through 2018 as Hurricane Michael essentially destroyed Tyndall Air Force Base, the home of 55 of the warplanes. The F-35’s coating is easier to maintain, but the F-35’s problems are reportedly in part due to the standing up of new flying units and the stress on the small fleet by operational use.

The stealthy, complex fifth generation fighters are 15 to 34 percent behind their fourth generation counterparts. Even if and when the Air Force’s F-35A reaches 80 percent that’s still ten points below the fighter it replaces, the F-16C.

The Armed Services have come a long way in the last 12 months towards increasing availability and readiness for fighters. But it seems distinctly possible at this point that the new generation of fighter jets will never reach the same level of availability for combat that their predecessors enjoyed.

While the fighter jet arms race between the United States, Russia, and China demands technically complex and increasingly capable fighter jets, the U.S. must also demand fighter jets that are also easy to maintain. If the American taxpayer buys 10 fighters and only six or seven are available at any given time, it’s a legitimate question whether it was worth it to buy ten of the jets in the first place.