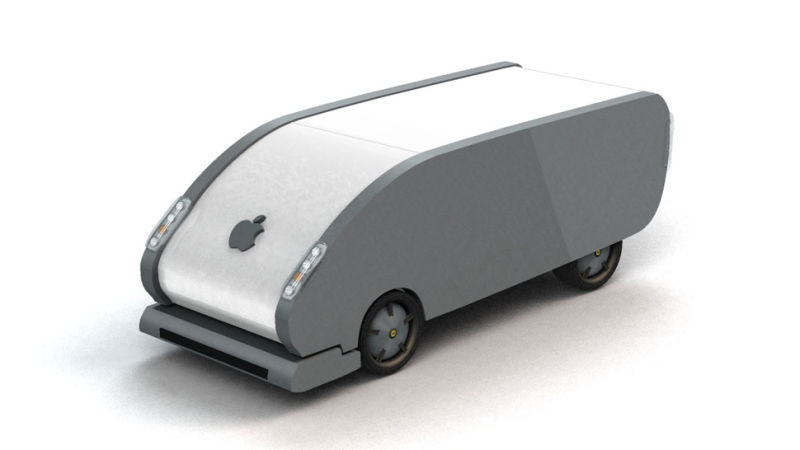 No one knows what the Apple Car will really look like (even if some jokers out there pretend they do on Twitter) but one thing is for sure: Apple has been on a tremendous hiring binge from car world, out of Tesla Motors in particular. Now a new report says a veteran of both Aston Martin and Tesla has joined Apple’s ranks too.

The exclusive report comes from Electrek, which says Chris Porritt—former Tesla Vice President of Vehicle Engineering and former Aston Martin Chief Engineer—has been hired to work on “special projects” at Apple. That means Project Titan, aka the Apple Car. They say during his three years at Tesla, Porritt worked on the platforms for Models S and X, plus the chassis from Model 3.

It’s not technically a poach, since Porritt reportedly had a several-month gap between Tesla and Apple, but he’s definitely not the first engineer to go between those companies.

This news comes after earlier reports that Steve Zadesky, an ex-Ford engineer running Apple’s car development program, left the tech giant in January. Porritt may be the main man now.

If Zadesky indeed left the company, it would make newly hired Porritt Apple’s most senior “car guy” and a likely candidate to lead the Cupertino company’s electric car initiative. While his expertise could be useful in plenty of hardware engineering roles, he had a focus on vehicle dynamics, vehicle architecture and vehicle packaging throughout his long career.

Before moving to Silicon Valley, Porritt was a key engineer in the UK automotive industry. He started as an intern at Land Rover in 1987 and rose to the role of Principal Engineer in Vehicle Dynamics by 1997. The engineer then went to work for Aston Martin where he held a Chief Engineer role until 2013, when he joined Tesla as Vice President of Vehicle Engineering.

At Aston Martin, Porritt was credited with making some of the company’s most iconic vehicles in recent years, including the One-77 supercar, V12 Zagato and Aston Martin DB9.

Those are not bad cars at all to have on your resume.

The Apple Car remains the most mysterious project in all of car-dom at the moment. No one’s really sure what form it will take, but most observers speculate it will be electric, autonomous, and probably destined for ride-sharing in some form or fashion; whether it will be privately-owned remains to be seen.