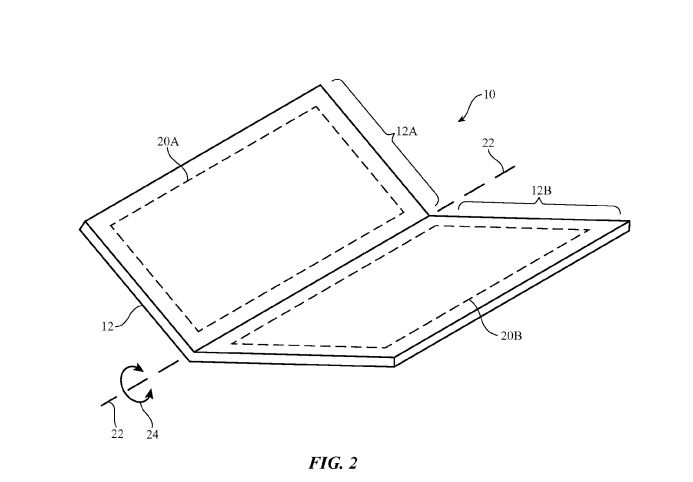 The patent specifically details a way to create flexible circuit boards that can help pave the way for flexible smartphones and tablets. Right now, we have flexible smartphone displays, which certainly helps in some regard, but there are other components that can get damaged if bent during use. Here’s how Apple describes the roadblock in its patent:

Using carbon nanotubes, Apple believes that it can form signal paths that won’t crack and deteriorate if they’re bent during use. The nanotubes can be applied (printed, even) to various parts of the device, whether on substrates or the actual device housing, and are capable of flexing along different areas, like hinges. You can see how some of those functions might work in the images above.

Apple also argues that using carbon nanotubes will allow it to create lighter and stronger devices. That’s going to be important, too, particularly if it’s a product like a phone with a hinge that’s going to be opened and closed over and over again each day.

Don’t hold your breath for a bendable iPhone 8

Apple may be getting closer to having the support for developing and launching this sort of device, but this patent doesn’t necessarily mean that such a product is right over the horizon. There are other obstacles like battery technology that will need to be overcome, too. This is a step in the right direction, however.