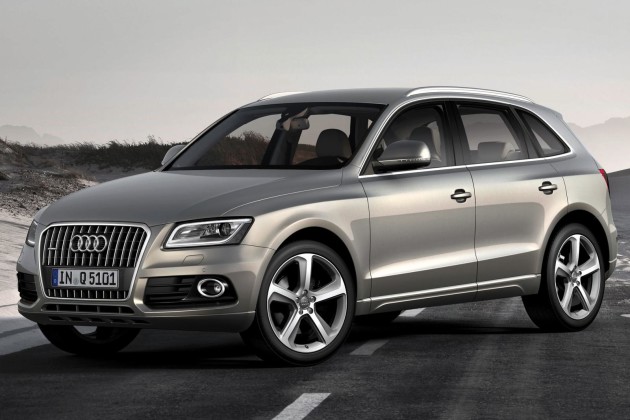 Earlier this week, Audi confirmed plans to launch a new Audi Q2 crossover in 2016. The news was made as Audi Group assures the world that it’s planning to make large investments moving into the future.

Audi didn’t provide many details on what the Q2 will offer, only noting that it will “enter a new market segment” with the new vehicle, but Car and Driver said it suspects the company will either replace the Q1 or will launch the Q2 as a smaller crossover. The news outlet suspects that Audi will keep both models in 2016. Audi said that it will also launch a new Q5 (this year’s model pictured above) in 2016, providing a fresh take on the company’s SUV.

That’s not all, though.

Audi said it plans to ship its first “large-series battery-electric vehicle of the brand with the Four Rings” in 2018 and that, two years later, it plans to offer “60 different automobiles.” That backs up the earlier claim by Car and Driver that, perhaps, Audi will launch the new Q2 in 2016 while also continuing to offer the Q1. It seems a large selection will be part of Audi’s strategy moving forward.