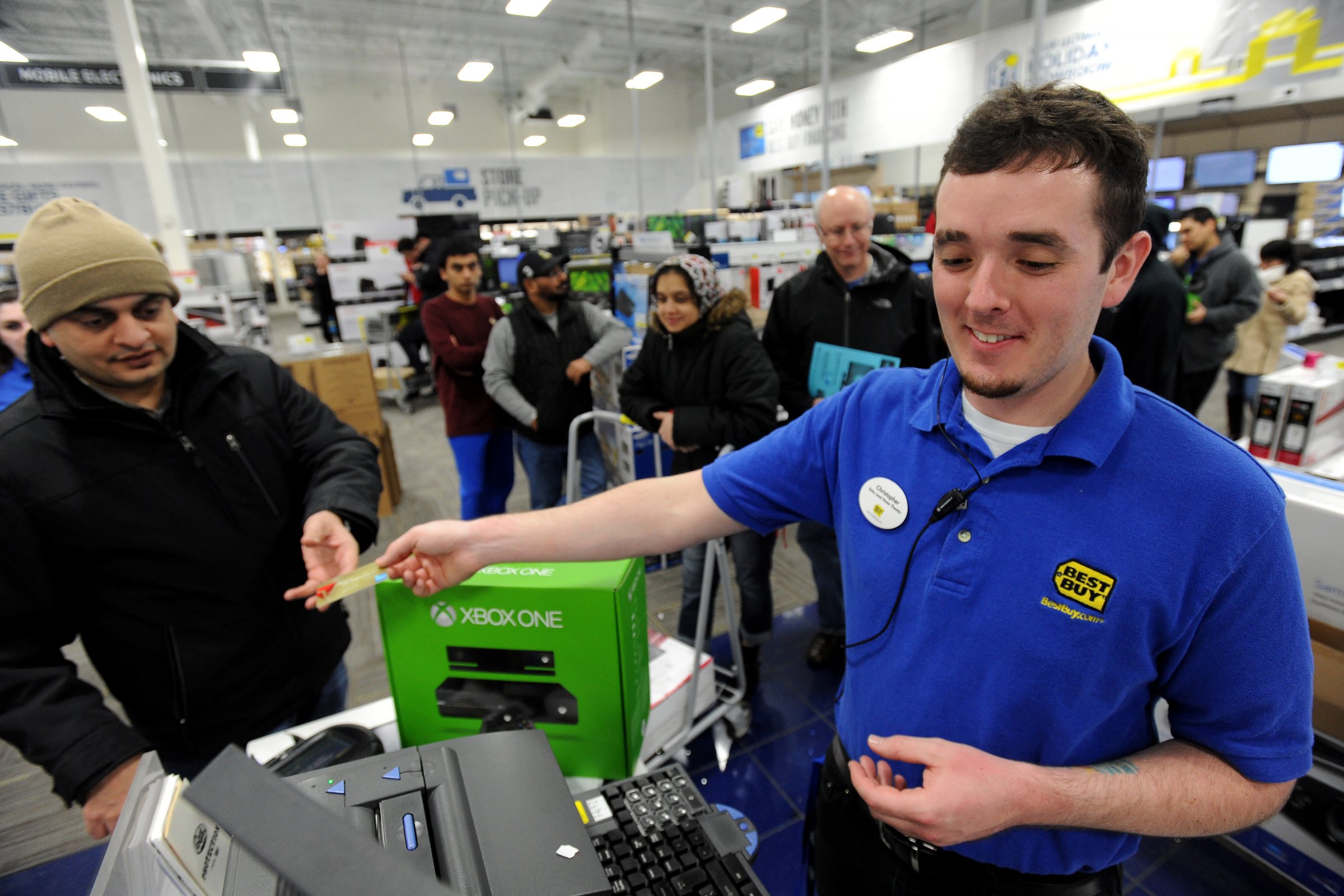 Just after midnight, Best Buy employee Christopher Gervais, right, hands back a credit card after he rang up a Xbox One game set.AP Photo/David Tulis

Comparable sales for the quarter climbed 1.6%, exceeding consensus forecasts that called for a 1.5% contraction. The electronics retailer also reported first-quarter profit of $0.60 per share, outperforming the average analyst estimate of $0.40 per share and beating even the most optimistic forecast.

“Compared to expectations going into the quarter, our revenue was higher due to strong performance in gaming, a better-than-expected result in mobile, and the improvement of overall sales trends due to the arrival of delayed federal tax refund checks,” CEO Hubert Joly said in a statement.

A boost to the company’s stock is more good news for shareholders that have seen the stock climb 18% so far this year, hitting a more than nine-year high on April 27.

Beyond Best Buy and a few other outliers, it hasn’t been pretty for brick-and-mortar shops. In addition to a rash of store closings, Sears is also battling dwindling inventory, while its CEO publicly battlesone of the department store’s biggest tool vendors. Macy’s is shutting storesat a rapid clip. Even billionaire investor Warren Buffett has piled on.