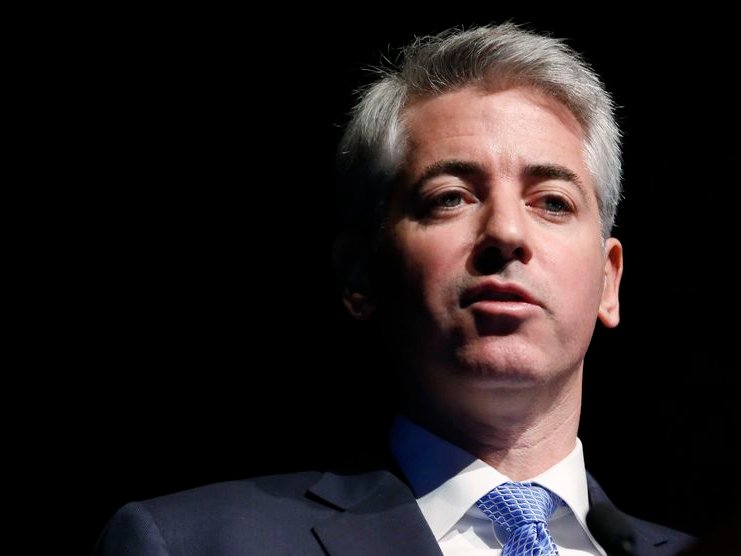 Former hedge fund manager Phil Falcone spoke in public for the first time in years, and slammed the industry

HEDGE FUND MANAGER: There are lots of Gordon Gekkos on Wall Street, and that needs to change

Pershing Square Holdings, his fund’s publicly traded vehicle, has fallen 19.9% through the end of February, according to a performance update.

Ackman, a well-known activist investor, makes large, concentrated bets in a handful of companies. This year, the majority of his long positions have collapsed, while his only short bet has surged.

His returns in February were largely dragged down by Valeant Pharmaceuticals’ massive decline and Herbalife’s big spike on Friday.

On February 29, the last trading day of the month, Valeant confirmed that its part in several ongoing investigations, including ones by the US Attorney’s Offices for Massachusetts and the Southern District of New York and the US Securities and Exchange Commission.

Pershing Square is the largest hedge fund shareholder of Valeant, with more than 21.5 million shares. Since taking a position in the first quarter of 2015, the fund has lost more than $2 billion — on paper — on its position.

In contrast, Herbalife, the fund’s only short bet, surged in February. The stock gained more than 18% over the month. On Friday, the company said in a filing that it’s in talks with the Federal Trade Commission.

For more than three years, Ackman has been crusading against Herbalife, a multilevel marketer that sells nutritional shakes and weight-loss products. In late December 2012, Ackman publicly declared that he was short $1 billion worth of Herbalife.

He believes that the company is operating as a “pyramid scheme” that targets poor people. It’s his contention that regulators, specifically the FTC, will shut the company down. In March 2014, the FTC opened an investigation into the company. Herbalife has always denied Ackman’s allegations.

In his fourth-quarter investment letter that he published in late January, Ackman intimated that he would be sticking by his positions. Here’s a rundown of how they have performed this year/last month: