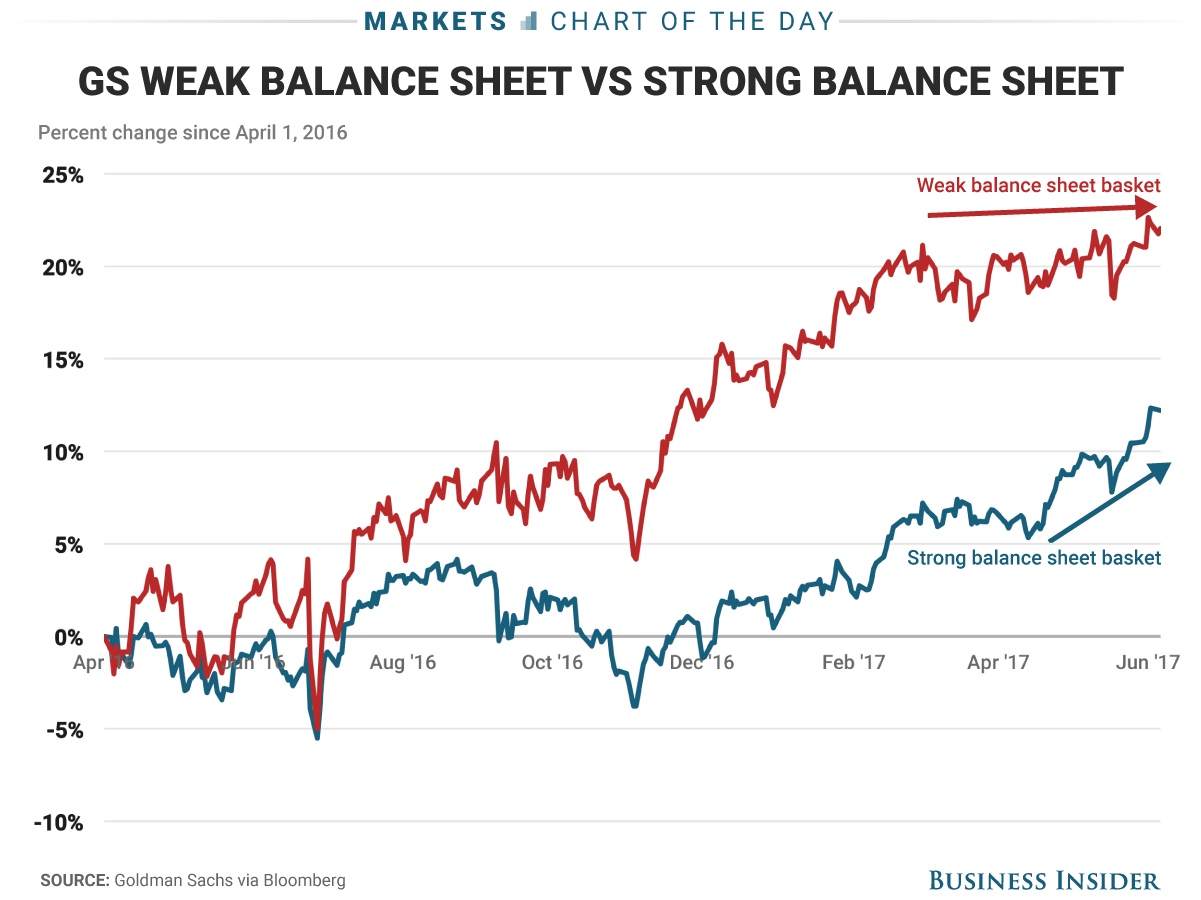 The days of easy money are over.

In other words, they want to buy stocks with strong balance sheets — ones with easy access to liquidity and minimal debt exposure. And they’ve already started.

Shares of firms with strong balance sheets are up by 11% this year, outpacing their flimsier brethren by 3.5 percentage points, according to data compiled by Goldman Sachs and Bloomberg. That’s the widest spread in 14 months for a period of that length.

The recent outperformance has helped the strong-balance-sheet group close the gap on its weaker peers, which have piggybacked off an unprecedented wave of debt financing to bigger gains throughout the eight-year bull market. The accommodative lending conditions, combined with an improving economic picture, created ideal conditions for traders looking to take on the added risk of companies with less-than-stellar finances. And it paid off. The weak-balance-sheet group rallied by 50% in 2013, beating the 30% advance in the S&P 500 that was itself the best return since 1997.

But now that the increasingly hawkish Fed has started to tighten, the days of easy gains in highly leveraged stocks appear to be winding down. After all, higher-quality companies are better suited to absorb market shocks and don’t experience as much volatility.

The strong-balance-sheet basket maintained by Goldman contains 50 companies across eight core S&P 500 industries that rank highest in measures comparing equity to total liabilities and earnings to assets, compiled in a gauge known as the Altman Z-Score.

As of an update in January, the basket contained Facebook and Google’s parent, Alphabet, which make up half of the so-called FANG group (along with Netflix and Amazon) that has led gains in major US indexes this year. The index also held such companies as Starbucks, Monster Beverage, Exxon Mobil, Bristol-Myers Squibb, and 3M.

SEE ALSO:A crucial stock market signal just got its most bullish reading of the year