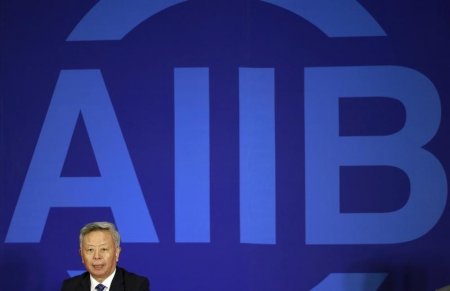 The AIIB, first proposed by President Xi Jinping less than two years ago, has become one of China’s biggest foreign policy successes.

Despite the opposition of Washington, almost many major U.S. allies – Australia, Britain, German, Italy, the Philippines and South Korea – have joined.

China says it will be an international institution and not used to boost its influence.

Speaking on the sidelines of the Boao Forum on southern China’s Hainan island, AIIB president Jin Liqun said the bank was working on accepting the new members.

“Over the past two years, we have achieved the purpose of convincing all the members – now we have 57, with more than 30 countries on the waiting list eager to join,” Jin said, responding to a question about whether member countries were convinced the bank was not being used by China to draw countries into its orbit.

Jin did not identify the prospective members.

The Chinese territory of Hong Kong may also be allowed to become a member, he said.

“Hong Kong is an international financial center,” Jin said. “We believe Hong Kong has a role to play in facilitating the financing of the AIIB. For instance, the AIIB can issue bonds in Hong Kong and can also have currency swaps with Hong Kong.”

Beijing has been looking for ways to support Hong Kong, which has been convulsed by political turmoil.

The government’s refusal to grant the former British colony full democracy has embittered a younger generation of activists, culminating in big protests in 2014, and political tension and unrest remain, with Hong Kong rocked by a riot in February.