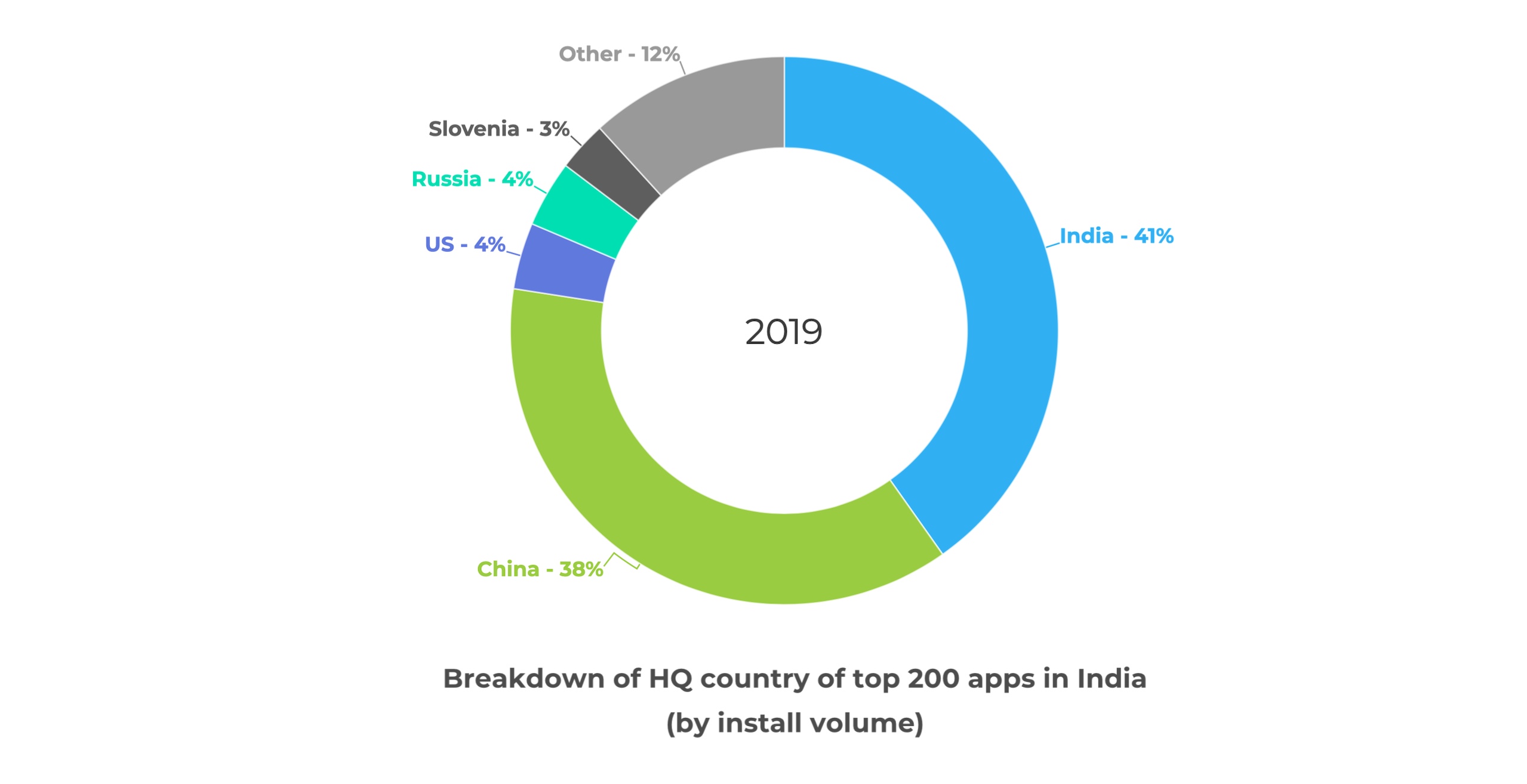 Apps from Chinese developers have been gaining popularity on Indian app stores for sometime. Last year, as many as 44 of the top 100 Android apps in India were developed by Chinese firms.

But things have changed this year as local developers put on a fight. According to app analytics and marketing firm AppsFlyer, Indian apps as a whole have recaptured their original standing.

41% of top 200 apps in Indian editions of Google’s Play Store and Apple’s App Store in Q2 and Q3 this year were developed by Indian developers and local firms, up from 38% last year, the report said. Data from App Annie, another research firm, corroborates the claim.

“This uptick happened chiefly at the expense of Chinese apps, which fell from their lead position to 38% from 43% in 2018. Altogether, Chinese and Indian apps make up almost four-fifths (79%) of the list,” the report said.

The shift comes as scores of Indian firms have launched payments, gaming, news, and entertainment apps in the last year and a half, said AppsFlyer, which analyzed 6.5 billion installs in the second and third quarters of this year.

But Chinese developers are not giving up and continue to maintain an “impressive” fight in each category, the report said.

India — which is home to more than 450 million smartphone users and maintains relatively lax laws to support an open market — has naturally emerged as an attractive battleground for developers worldwide.

Many Chinese firms including Xiaomi and ByteDance count India as one of their largest markets. TikTok app has amassed over 200 million users in India, for instance. Xiaomi, which leads the Indian smartphone market, is quickly building a portfolio of services for users in India. It launched a lending app in the country earlier this month.

Gaining traction among first time internet users, most of whom have lower financial capacity, can prove challenging. Those developing travel apps had to spend about 170 Indian rupees ($2.4) for each install, for instance. Food and drink app makers spent 138 Indian rupees ($1.9) per install during the aforementioned period, while games cost 13.5 Indian rupees.

– As a result, finance Apps saw 59% uninstall on Day 1 pic.twitter.com/ROADpk9VQK