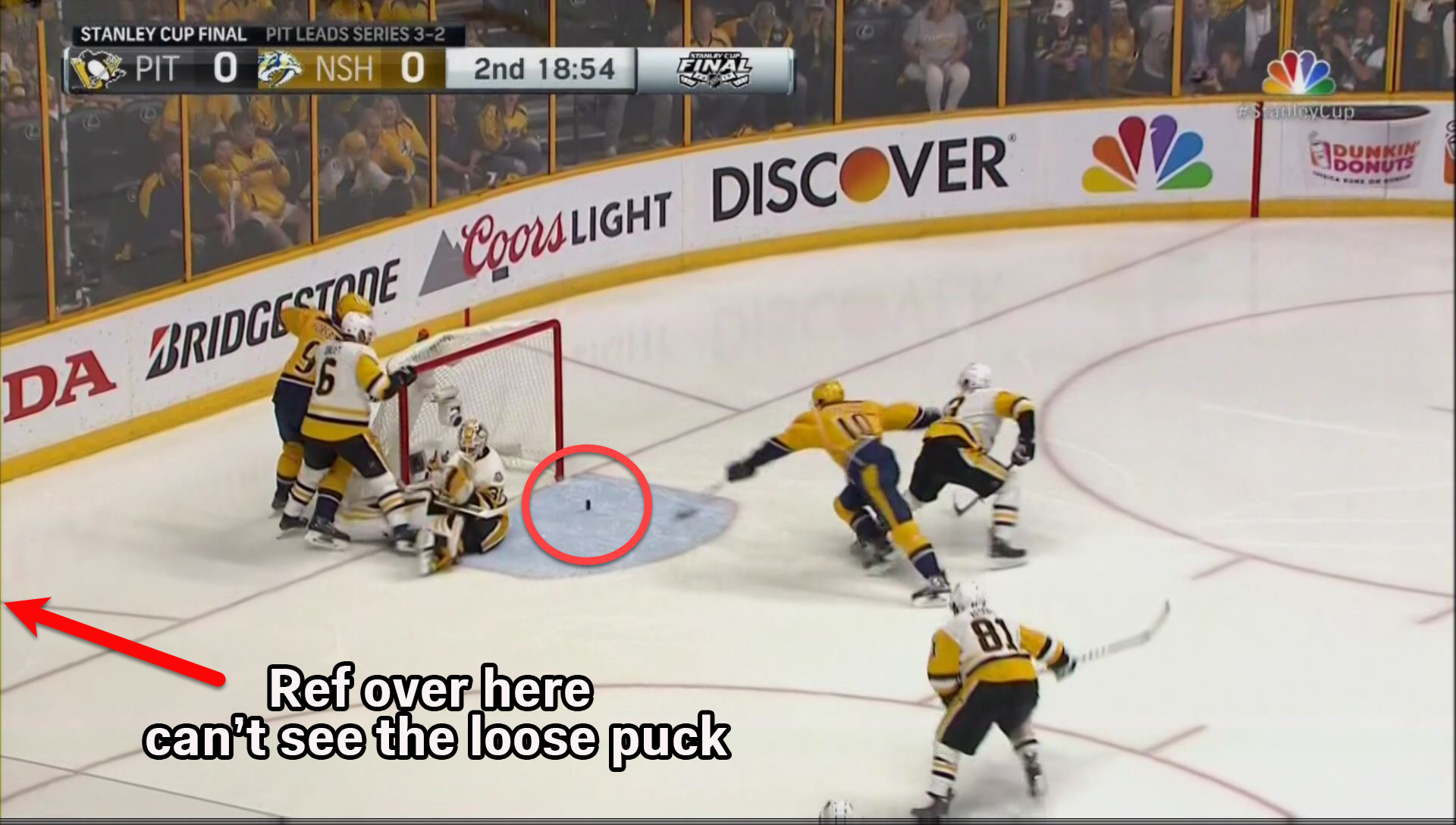 Controversy struck in Game 6 of the Stanley Cup Final as the Nashville Predators, facing elimination, appeared to score first, only to have the goal waived off by an inadvertent whistle.

The play came early in the second period when Colton Sissons poked a loose puck into the net. But the referee circling behind the net immediately held up his arms to signal no goal.

It turns outthe ref was in a terrible position, lost sight of the puck, and assumed it was being secured by the goalie.

The refs are instructed to blow the play dead when they lose sight of the puck. It turns out the referee blew his whistle just before Sissons poked at the puck. You can just barely hear the whistle on the replay.

Here is a view of the ref blowing his whistle just before the puck went in the net. Sure enough, the goal was waived off and the game remained tied, 0-0.