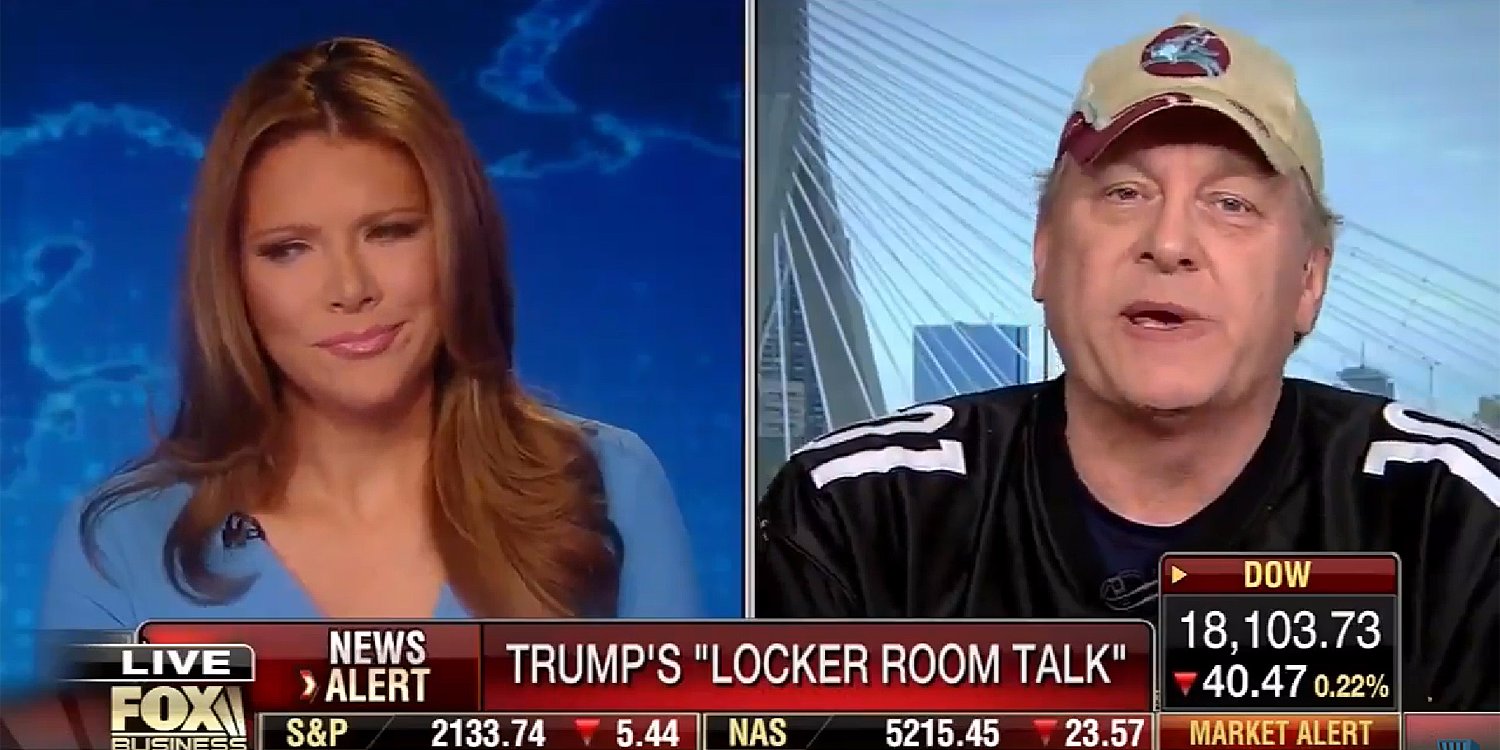 Schilling appeared on the show and was asked about Trump’s “locker room talk” comments following the surfacing of a 2005 video showing him making lewd remarks about women.

Schilling redirected the conversation to a more recent video. It showed Trump in 1992 remarking on a young girl’s beauty, then saying, “I am going to be dating her in 10 years. Can you believe it?” Trump would have been 46 years old at the time of the video.

“The conversation you’re having about the things he said about the 10-year-old girl, to me, is at the very heart of why this is a problem,” Schilling said, referring to the young girl in the video.

Regan said, “You’re alone on this one.”

Schilling again defended his point, saying that women often compliment his son’s looks. He said that critics were unfairly insinuating pedophilia or molestation over Trump’s comments.

Regan replied, “I don’t look at a young boy and say in 10 years I’m going to date him. I just don’t. I think that would be pretty sad if I did.”

She then asked Schilling if he looks at young girls and says he’s going to date them in 10 years.

“No, no. I have a daughter, my daughter has friends. I’ve seen my daughter’s friends, I’m a man. ‘Wow, she’s a beautiful young lady.’ I don’t immediately jump to molesting her. But that’s where the left has gotten…” Schilling trailed off.

Schilling said to Regan that she’s likely said things she regrets during her life. Regan said it’s a recurring problem for Trump.

Watch the full exchange at Mediaite >