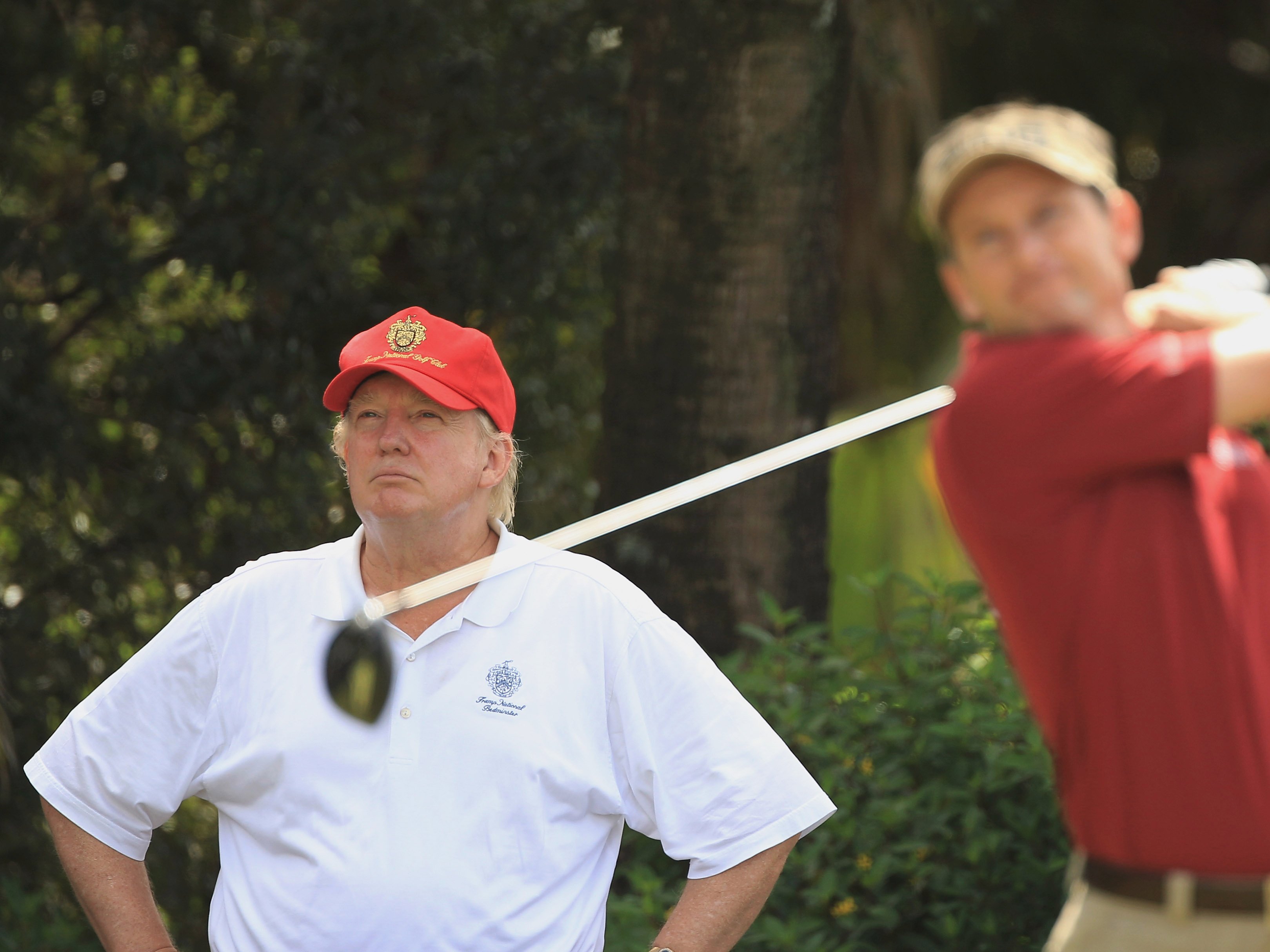 The 20 most popular athletes in the world

STEPHEN CURRY: Here’s a look at the wonderful life of the best basketball player in the world

The PGA Tour may soon add an event in Mexico, and ironically, it may come at the expense of Donald Trump and his Trump National Doral course just outside of Miami.

Trump and the PGA Tour have had a long and rocky relationship, and it seems like the Tour is ready to cut all ties, even if it means leaving one of its iconic courses, Doral.

Golf insider Geoff Shackelford discussed the situation on his ShackHouse podcast, noting that the Tour is thinking of replacing Doral with an event in Mexico.

“The word is that the Tour is looking at a possible tournament in Mexico to just all-out replace the Miami Tour stop,” Shackelford said.

He did acknowledge, though, that this could just be “a leveraging ploy.” But he also said that there is a sense that there is desire by some in the PGA Tour to just break up with the presumptive Republican presidential nominee, especially Tim Finchem, the PGA Tour commissioner.

“I really sense there is something personal there,” Shackelford said. Finchem “just doesn’t want to deal with him and he wants to move on.”

Trump signed a 10-year extension in 2013 to host the tournament, but the deal includes an out-clause for the PGA Tour if the tournament fails to land a new sponsor. The tournament, one of the four World Golf Championship (WGC) events, had previously been sponsored by Cadillac.

The speculation is that the event is having trouble landing a new sponsor because few companies can afford to sponsor a WGC event. That includes ponying up the $9.5 million in prize money, and the companies that can don’t want to be associated with Trump.

At the time, the PGA Tour and other tours released a joint statement distancing themselves from Trump:

In response to Mr. Trump’s comments about the golf industry “knowing he is right” in regards to his recent statements about Mexican immigrants, we feel compelled to clarify that those remarks do not reflect the views of our organizations. While the LPGA, PGA of America, PGA TOUR and USGA do not usually comment on presidential politics, Mr. Trump’s comments are inconsistent with our strong commitment to an inclusive and welcoming environment in the game of golf.

When asked about the future of the Doral tournament, the PGA Tour released another statement referencing the one above and adding the addendum “we will explore all options regarding the event’s future.”

As for where the Tour would move the tournament, there is a TPC course in Cancun. Shackelford also speculated that it might take a tournament in Cabo San Lucas to convince the top golfers to show up.

A decision is expected in the next two months.