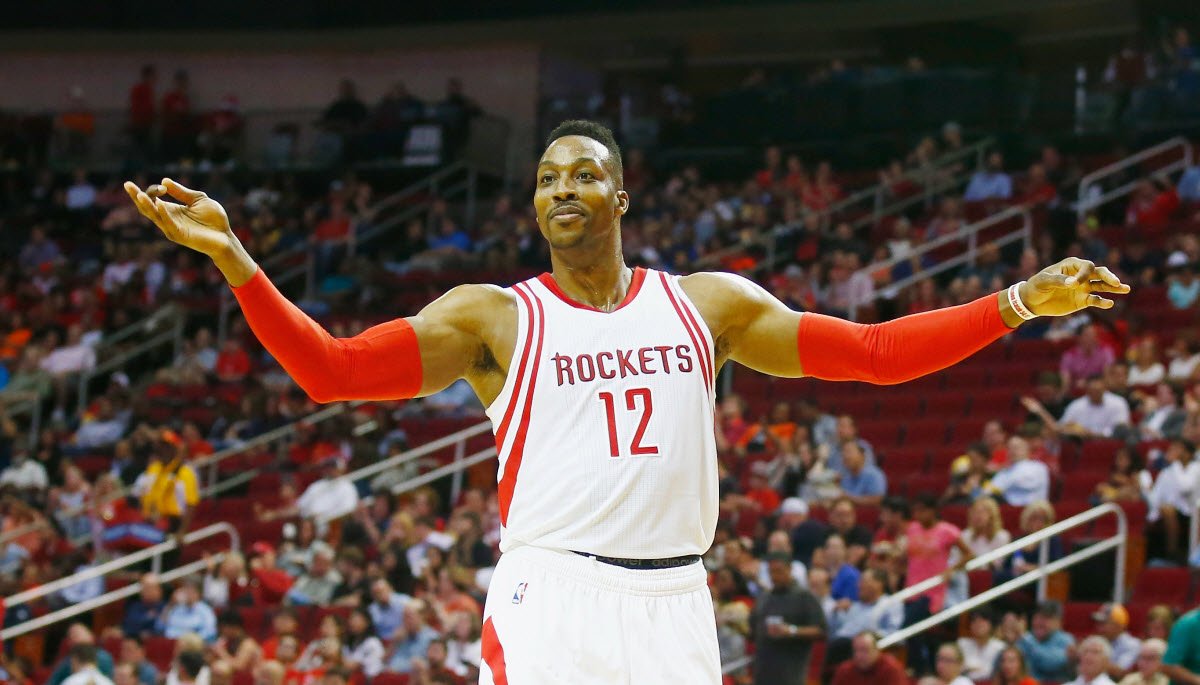 In a bizarre incident on Saturday night, a ball was removed from a game between the Houston Rockets and Atlanta Hawks after Dwight Howard apparently applied a sticky substance to it.

The incident came late in the first quarter when Paul Millsap was fouled. Prior to his first free-throw attempt, Howard can be seen signaling toward the scorer’s table as if he wants something.

After Millsap’s first free throw, Howard can be seen returning from the scorer’s table and asking to see the basketball. For some reason, the referee obliges and gives the ball to Howard.

After Millsap received the ball from the official. He almost immediately sends it back, complaining that the ball is sticky.

After the game, Millsap explained that he had never felt a ball like that before.

“I’ve never felt the ball like that ever,” Millsap said, according to the Journal-Constitution (via ESPN). “It was sticky. It was like super glue or something was on there. I couldn’t get it off my hands. It was the weirdest thing ever.”

The officials looked at the ball and decided to remove it from play.

When the referees approached the scorer’s table, they were overheard telling both teams, “stickum is illegal in the NBA.”

But here is where it gets even weirder.

Rockets head coach J.B. Bickerstaff can then be seen picking up two spray cans from the table, one wrapped in white tape to hide the label. He looks at them and then hands them off to an assistant. According to reports, it was one of these cans that Howard had used to spray his hands.

Is this is a spray can of stickum? As for Howard, after the game, he freely admitted what happened and seemed perplexed as to why people were making a big deal out of it.

“I don’t know why people are making a big deal out of it,” he said, according to the Houston Chronicle (via ESPN). “I do it every game. It’s not a big deal. I ain’t tripping.”

As the officials were removing the ball, Howard seemed to think the entire thing was funny.

Howard may not think it is so funny when the NBA hits him with a suspension.