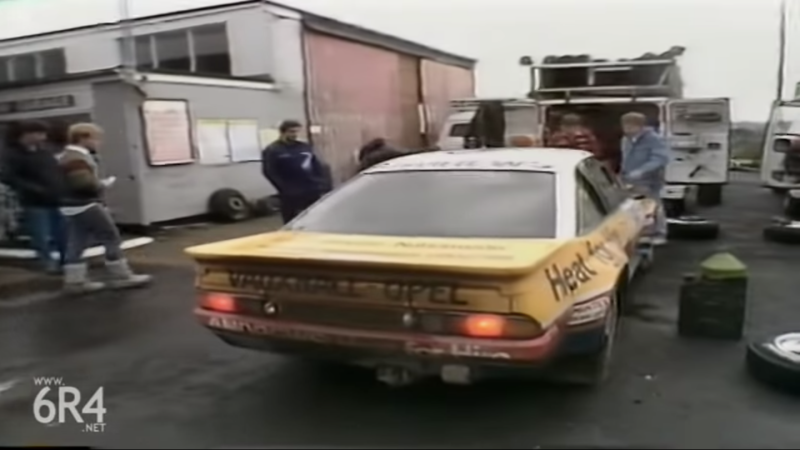 We think of Group B today as being a high point for not only rallying’s popularity, but also its difficulty. But for one driver, it wasn’t enough.

“What if we just threw out all the rules?” is the familiar refrain to anyone that’s heard an…

Switching from Group 4 regulations to Group B regulations meant that homologation requirements went from 400 cars down to 200, with only 20 road-going versions needed to homologate “evolution” models for competition. Group B allowed for a huge leap forward in rally tech, but it wasn’t exactly evenly distributed. Cars were getting so much more powerful, but not all that much more sophisticated in handling.

What started to become a problem was that events were still run to a great degree like they had been when cars were making a hundred, two hundred horsepower, not three or four hundred. Rallies were still long, trying tests of endurance that wore out drivers and probably helped cause the fatal crashes that brought Group B to a close. You can watch a report on those deaths and B’s end here on a very old episode of Top Gear:

Indeed, in 1986, Group B was banned. But oddly, it wasn’t immediately rescinded. Two events ran after the ban was announced for the next season, including the British event of the day, the RAC Rally. I wrote about it a while back, the last time the event ran with no pacenotes. It was just you and the road and some very basic directions telling you how not to get lost.

Cut to just before 12 minutes into this video for an interview with Russell Brookes, a very competitive driver and also the son of a firefighter.

The concession that rallying made to safety for the 1986 RAC was it did away with night stages. For some, this was “tearing the heart out of rallying,” as Brookes declares:

It’s not like an RAC rally of old, I’m afraid. ﻿It’s not as tough, it’s not as hard. We’ve got all these night halts, and I really do think the new event regulations are tearing the heart out of rallying.

His interviewer points out that other pro drivers were complaining about how fatiguing the event had been before, how hard these Group B rallies were becoming. Do not forget, that it was only a few months before that two people who Brookes raced against, Henri Toivonen and Sergio Cresto, burned to death in their Lancia Delta S4 on the Tour de Corse. That was at the start of May 1986. Brookes gives this interview in mid-November. The interviewer asks:

So you mind not having a much more endurance-type of event. But isn’t it easier, and gentler for you as a driver?

Yes, but what’s rallying about? If I wanted to be a racing driver I would go racing ‘round race circuits and do an hour and a half, two-hour grand prix. Rallying is about endurance. It’s about car reliability. It’s about coping with all these conditions. It’s about driving at night. And I’m afraid they’re destroying that and it’s taking the heart out of rallying as I said.

The interviewer once more speaks for us today, asking Brookes if he’s serious. People were dying out there:

But many of the top drivers were concerned ﻿about last year’s RAC and about how tough and how tired they became. Don’t you think that a little more safety had to be injected into it?

Brookes was not with it, and doubled down:

﻿Well I think they said that before the start of the rally. At the end of the rally they didn’t agree with that. And I think some of them are just overpaid prima donnas, quite frankly.

Group B had one more rally in it, here in America, then it was consigned to the history books and de-restricted rallycross events. Today’s WRC cars are faster than the Group B monsters in every way, much of that speed thanks to suspension developments in the decades following B’s demise. I do wonder, though, who was right.

Was it really that the events were too grueling or that fans stood too close to the cars that got Group B banned? I’ve been lucky enough to see a modern WRC event and I know spectators have changed little in their hearts, though certainly in their numbers. They don’t line the roads like they used to.

Maybe the cars and the events never should have been blamed after all?