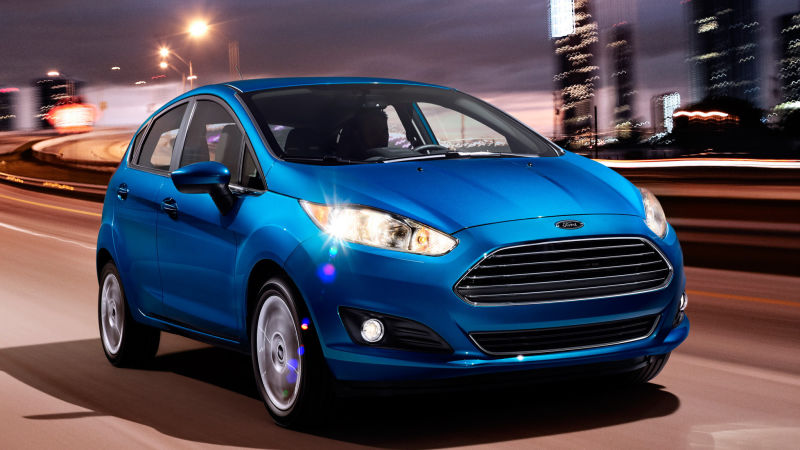 I’d call it an open secret in the world of cars but for the fact that everyone knows about it: the dual-clutch transmission in the last-generation Ford Fiesta and Focus was an utter disaster. The gearboxes are plagued with problems like sudden acceleration, sputtering, and slipping into neutral at highway speed.

Around the world, 1.9 million customers who bought a Ford Focus or Fiesta are taking the automaker…

Now, a thorough investigation by the Detroit Free Press based on internal documents, emails and court records reveals that Ford knew about these problems—potentially dangerous problems that have led to 50 previously unreported injuries, by the newspaper’s count—through engineer and lawyer warnings, but sold them anyway.

The story centers on the DPS6 transmission, also called the Ford PowerShifttransmission, a six-speed dual-clutch automatic found on the 2012-present Focus, 2010-present Fiesta and other cars sold in the past decade. (Both the Ford and Fiesta are being phased out in the U.S.) Yet the Freep estimates 1.5 million cars still on the road have this gearbox, and many of their owners continue to experience problems.

In the years since the cars went on sale, Ford has faced class action lawsuits in the United States and other countries, fines in Australia, countless owner complaints and endless criticism. Yet while the Focus and Fiesta have been recalled for other defects, the DPS6 itself has never been recalled.

But today’s Freep story reveals the depth to which Ford knew about the problem, then reportedly ignored all that and sold the cars anyway. From the report:

The automaker pushed past company lawyers’ early safety questions and a veteran development engineer’s warning that the cars weren’t roadworthy, internal emails and documents show. Ford then declined, after the depth of the problem was obvious, to make an expensive change in the transmission technology.

Instead, the company kept trying to find a fix for the faulty transmission for five years while complaints and costs piled up. In the interim, Ford officials prepared talking points for dealers to tell customers that the cars operated normally when, in fact, internal documents are peppered with safety concerns and descriptions of the defects.

[…] Apart from the legal risks, “Total quality related spending for DPS6 could reach $3 billion,” read a 2016 internal report that projected the costs through 2020.

I’ll run through a few highlights. First, Ford knew about these problems early on, with one engineer in 2010 saying the gearbox “MUST BE IMPROVED” before going on sale:

A high-level, confidential analysis by Ford in 2012 acknowledged rushing the cars to production, taking shortcuts to save money and apparently compromising quality protocols instituted with fanfare by then-CEO Alan Mulally. That review, obtained by the Free Press, also said the transmissions would be phased out and a different technology used going forward, but that didn’t happen.

Even the lawyers warned about it:

Ford would be putting this transmission into low-priced, high-volume vehicles for the first time. Corporate lawyers maintained, as noted repeatedly in emails by engineers obtained by the Free Press, that the transmissions’ tendency to slip out of gear, if combined with other conditions, would result in a “Severity 10” rating. That’s the worst possible rating under global engineering protocols designed to minimize risk and comply with Federal Motor Vehicle Safety Standards set by the U.S. government.

Ford admitted the cars were rushed into production as it sought to take advantage of a booming sales market after the recession, and against new quality improvement protocols instituted by then-CEO Alan Mulally:

“At each early checkpoint, it became more apparent” that the transmission systems for the 2011 Fiesta program “were not capable to meet customer expectations,” the review said.

And if the cars slipped into neutral at 70 mph on the highway, Ford’s response was for people to just… pull over:

As years wore on, Ford would make the case in emails, internal documents and an affidavit that if the steering, turn signals and other power worked in the car, then the situation couldn’t be considered dangerous. In theory, people could turn on a blinker and steer to the side of the highway if the car slipped into neutral at 70 mph.

Dealers and repair shops struggled with the cars over and over again:

“I’m tired of looking like the bad guy for repairing all these DPS6 transmissions, when truthfully Ford’s the bad guy here,” said an email sent Feb. 22, 2013, from a Jacksonville, Florida, dealership. “Let’s be honest. Ford produces a horrible product and we trans guys get the wrath of it. My warranty clerk thinks I’m insane and it’s like pulling teeth to get paid for all the work we have to do on these things. The input shaft seals are only good for about 10K miles at best. And by replacing them as well as the clutch, the car’s only going to return again and again and again. I do 4 or 5 a week on average. … I would love to know how Ford intends to fix this.”

And despite the deluge of complaints, the National Highway Traffic Safety Administration, America’s alleged auto safety regulator, declined to open an investigation or order a recall.

But aside from the issues with responsiveness, smoothness and simply being a good gearbox that isn’t miserable to use, let’s be clear that some people have reportedly been injured as a result of the problems here:

“What is it going to take? Does someone have to die before they get these cars fixed?” asked Carrie Armstrong, 42, of Hendersonville, Tennessee. “When I am on the interstate and almost get hit by a diesel truck just because my car will not accelerate and get into gear? I put my life in danger every day I get behind the wheel of this car just to go to work.”

Ford officials have not yet responded to a request for comment on the story sent by Jalopnik this morning.

But in the Freep’s story, Ford said it “acted quickly and determinedly to investigate the problems, alert dealers, recommend and pay for repairs, and extend warranties” on the gearboxes, and that “while we have addressed quality problems with the transmission, vehicles in which it was installed were and remain safe.”

The entire story can be found here, and is worth a read in full, especially if you own or owned one of these cars.

Update 9:30 a.m.: A Ford spokesman responded to this story shortly after it was published. Company official T.R. Reid said the DPS6 gearbox was “brand new technology” designed for fuel economy, and while it faced issues in its run, Ford believes it has addressed those issues.

“We believe we brought a good product to market,” Reid said. “We worked through some challenges in development, some issues developed subsequently, and we think we addressed them responsibly.”

He added: “These vehicles that are still on the road are safe, notwithstanding some issues took longer to address than we imagined, and we know it’s been a huge source of frustration for some consumers. We recognize that. As problems presented themselves, we thought we could address those problems and did eventually. We thought we’d be able to address them more quickly, in retrospect.”