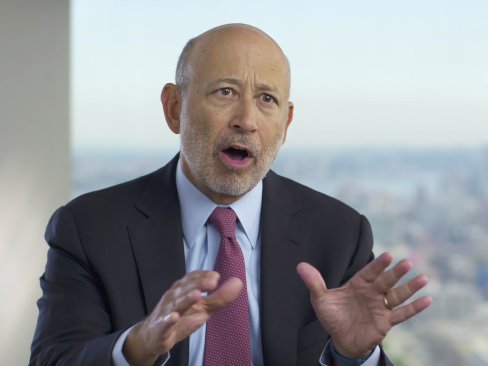 it has faced a firestorm of criticism.

There were protests outside of the bank’s New York headquarters, and Venezuela’s opposition lawmakers accused it of funding an oppressive regime.

All this, and we just learned that the deal didn’t even rise to the attention of top bank executives. In fact, the way WSJ’s Liz Hoffman tells it, buying the bonds for $0.31 on the dollar was a “no brainer” for fund managers.

Sure, it’s a no brainer in a vacuum. But Goldman doesn’t operate in a vacuum. Outside of the fact that Venezuela is currently defined by stories of extreme human suffering, Goldman is also under more scrutiny now that the White House is filled with its alumni.

Put in terms a portfolio manager might understand: If there was a marketplace for media hive and public outrage, then Goldman’s reputational risk premium exploded when Donald Trump became president and Steve Mnuchin and Gary Cohn (and Steve Bannon) took his side.

The Venezuela trade, though, shows that the bank might not have understood this.

Do what you want at your own risk Now, to be fair, a bank should be able to do whatever legal deal they want and — on paper — Goldman’s in the clear.

Venezuela didn’t even issue new debt for this, and Goldman will likely make money for its shareholders on the trade. Bonds of the oil company, PDVSA, are basically sovereign debt.

Goldman’s problem has to do with how we expect banks to do business after the financial crisis. We actually want banks to care about their reputations, especially when their alums help run the world from the White House. When they act like they don’t care, that’s now bad for business because we’re watching.

“Forget the moral and the ethics of it all… As a practical business model they obviously made a mistake,” Steve Hanke, an economist who advised former Venezuelan President Rafael Caldera, told Business Insider.

As you can see from the chart of Venezuela’s cash reserves below, the regime has wiggled out of tight spots before. Whether Goldman had bought those PDVSA bonds or not the carnage in Venezuela would continue, perhaps for quite a long time. Regimes that have seemed close to death for years still exist on the planet (think: Zimbabwe and Robert Mugabe). Here’s the good news though, the fact that there is an uproar about this shows we’re not sinking into a dangerous space of complete moral relativism.

We now live in a world where the president of the United States decided that the secretary of state should be the former Exxon Mobil CEO, who actively lobbied Congress to remove a rule that made his company unable to do clandestine business with authoritarian petro-states.

That rule was a part of Dodd-Frank, and a few months ago the Trump administration had it removed.

The message here from the great hive that is the media and the internet is that Goldman should be less vulgar, less greedy. The message that decisions involving brutal autocrats should no longer be “no-brainers.”

Maybe this is a new era in how we react to banks doing business around the world. Maybe soon enough every kid in American will know something about the Foreign Corrupt Practices Act. Maybe bankers will catch themselves before they work with the bad guys because, frankly, it’s bad for business.

Wouldn’t be such a bad thing, to be honest. This doesn’t have to be the Wild West — not yet.