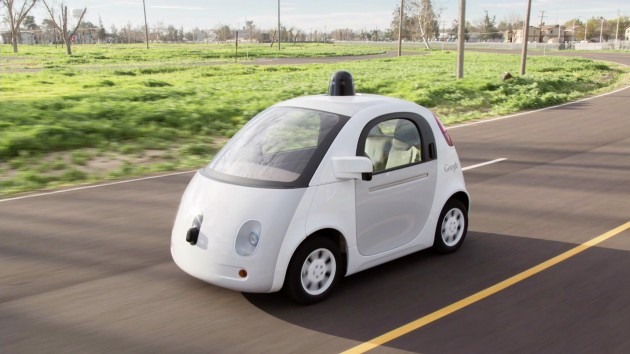 Google’s driverless cars probably have the least threatening design of any vehicle on the road, but don’t let their meek appearance fool you. If you honk at it, chances are it’ll honk back.

In an effort to make its AI more like humans, Google said it’s tweaking its self-driving software to give these cars the ability to honk. And thus begins the rise of AI road rage.

While this is far from the future imagined in Terminator, it’s wild to think these cars will soon be empowered to honk at other drivers. Like, say, if you cut it off and generally drive like a jerk. Then you deserve to be honked at. Google describes the car’s ability to honk as its “voice,” one that’s designed to warn other drivers and make the road a safer place. “Our self-driving cars aim to be polite, considerate, and only honk when it makes driving safer for everyone,” Google explained.

That’s pretty much the opposite approach 99 percent of drivers on the road take. Horns are typically used to express rage, agitation, a tool abused by motorists to get people to move. Previously, Google’s cars honked inside of the vehicles, giving engineers data so they could determine whether these honks were used appropriately or not. Soon, they’ll have the ability to loudly and obnoxiously honk just like every other a-hole on the road.