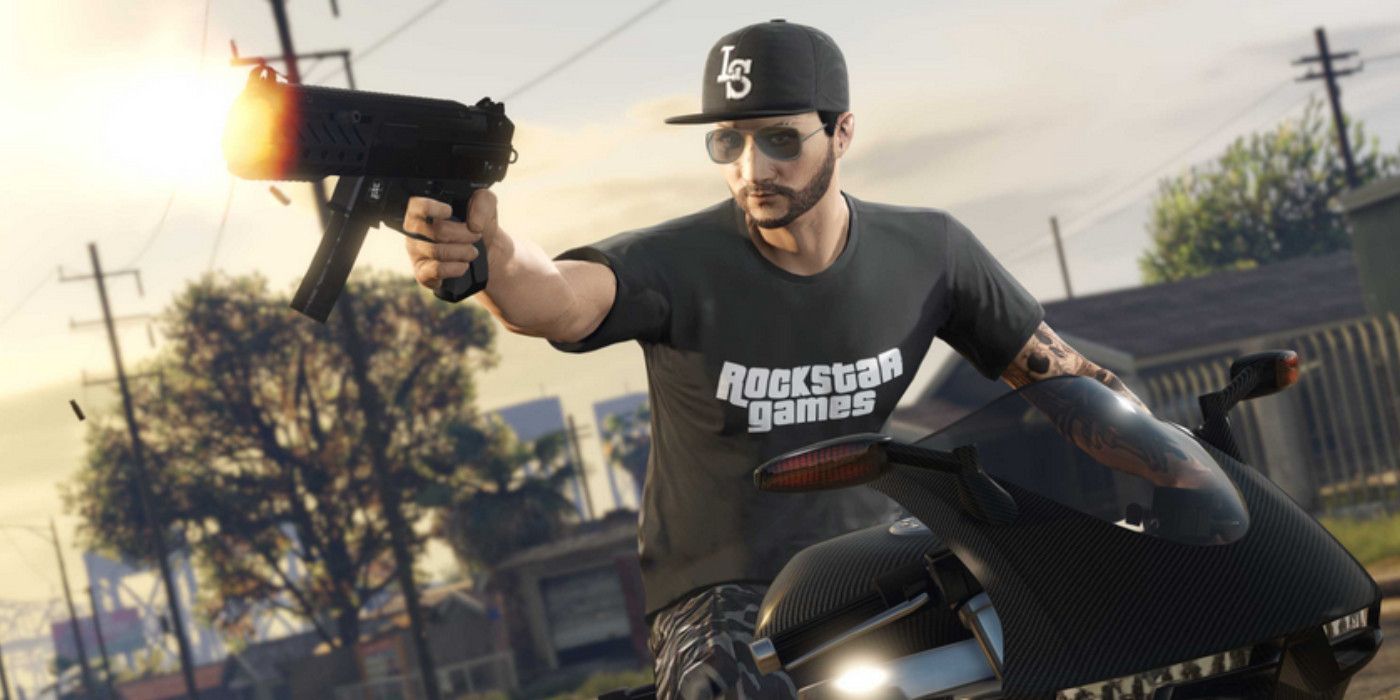 In celebration of the 20th anniversary of Grand Theft Auto 3, Rockstar is offering all players a free t-shirt in Grand Theft Auto Online this week. GTA Online has become incredibly successful since it first launched, giving players the chance to explore the large open-world with friends and other users or compete in a series of multiplayer game modes. Extensive creation tools even allow fans to create their own content, such as iconic real-world racetracks in GTA Online races, and the online game has an active community of creators adding to the vast library of available content.

Players will be able to get access to a free Grand Theft Auto 3 t-shirt in GTA Online to celebrate the game’s 20th anniversary. Rockstar revealed the news in a press release, confirming that users simply need to log in to the online title to get access to the gift. The free Typeface Tee is just the first in a series of special commemorative cosmetic items that will be added to GTA Online over the coming weeks. In addition to the new clothing and liveries, GTA Online is also offering extra rewards in a series of game modes. These include Sumo, which offers triple rewards, along with Special Vehicle Work, Gerald’s Last Play, and Gerald Contact Missions. Those last three modes will offer double bonuses to players up until October 20.

While Rockstar is releasing a remaster of the three classic games, the developer also confirmed that it would be removing the original GTA releases for sale on digital stores. That means that fans will not be able to purchase new copies of the original games and instead will be forced to buy Rockstar’s remastered trilogy.

Considering that it is such a big anniversary for Grand Theft Auto 3, it makes sense that the company would want to celebrate the milestone in some form. The free t-shirt is likely just the first in a series of promotions for the classic title following the announcement of the remastered trilogy.