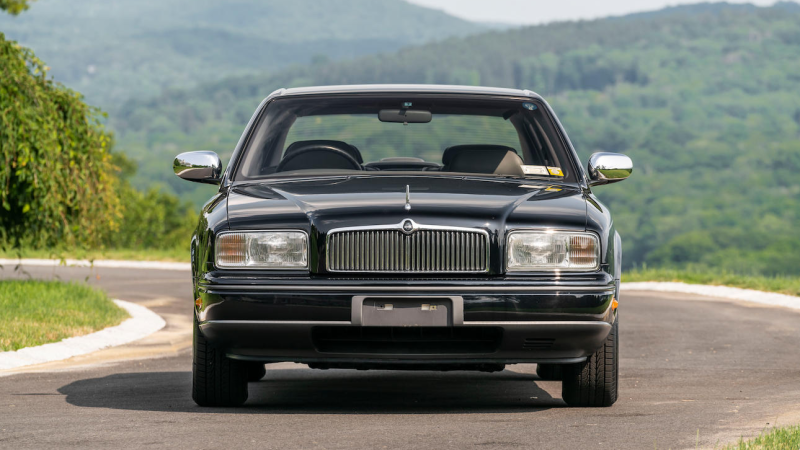 Oh, hello there. Did you go to Monterey Car Week this year? Did you have an opulent time? Did you drink opulent shooters, listen to opulent music? No? Good, because the list of cheapest cars sold at the 2019 Pebble Beach auctions is here. It will make you wish you’d dragged your ass over there with all the cash you have hidden in your mattress.

Automotive insurance agency Hagerty, which tracks the cars that changed hands at Pebble, sent over a list of the bottom 10 cars sold this year. This list, as we’ve written in the past, is far more fun and interesting to peruse instead of the expensive cars list. What’s the point of dreaming about a car that’s 86 times more valuable than your life insurance policy?

Look at this plucky orange friend! With a trusty (?) 1.8-liter four cylinder, the MGB makes 95 horsepower. And it was the most popular sports car ever made… until the Miata showed up. Whatever! Bonhams reports that over 500,000 cars were built by the time production stopped in 1980. This particular MGB had three owners and was originally yellow. I do love yellow cars, but the orange is wonderful, too.

I have one word for this Nissan President and it’s damn. We got the similar Infiniti Q45, but it was never quite this luxe. For under six grand, some lucky bastard got away with a 4.5-liter V8 that makes 278 horsepower executive suite that predated the Toyota Century by two years. This President has been kept in a climate-controlled garage since it was bought and has about 25,041 miles on it. This is beautiful. This was a steal. You’d be a star of Radwood if you rolled up in this.

With a rebuilt 49cc engine, this Honda QA50 is cute enough to eat. The owner, apparently, bought it new when he was in the fifth grade and kept it until now. He’s restored it fully and the minibike even has the original owner’s manual and spark plug wrench. The whole thing only weighs 84 pounds. Can you imagine an 11-year-old strolling into a Honda shop and buying something like this today?

Admittedly, this is not my speed of bike, as I think it’s far too heavy for me, but to each their own! This is apparently a Cannonball coast-to-coast record-breaking bike, which was set on April 20 (nice), 2019. The time from LA to New York City was 35 hours and six minutes. Looks like a comfy way to spend 35 hours, at least.

Actually, I take it back. This is not my style at all. It has a 107cc Super Sidewinder engine and is a custom bike from Hell Bent Steel, finished in 2003. That would explain the, uh, aesthetic.

Check out this blue and orange beast! Like an Islanders fever dream come true. You’re guaranteed rad if you went home with this thing. You’re looking at another ambitious car of its era, undone… by its era. The engine is a rather vintage quad-cam V8, the wheels are by Campognolo, and the whole package reads “squashed Dodge 600.” Still, to those who know, it’s a gem. Modern-day Quattroportes are nice and all, but they aren’t this. Blocky and square and so delightfully ‘80s. I approve.

This is a car I’d expect to see on, like, Stranger Things. It’d belong to Joyce Byers, if her Pinto were to die. But in real life, it has just 53,000 original miles and had the body, paint and mechanicals refurbished. It’s powered by an air-cooled two-cylinder engine and something tells me it’s an absolute hoot to drive. I kind of want one.

I think the last time I intentionally wore red and purple together, it was 1997. This bike is very much a ‘90s-looking bike, despite being from 2002. But it’s said to have “low miles” and a ram-air intake. Whoever bought it must be holding onto it for Litwood.

Listing not available. Sorry about that, but it’s probably for the best!

Damn. This poor Benz was the cheapest thing sold at the Pebble Beach auctions this year. At one point, it was probably a very sweet ride, but now it’s a little dented, the headlights a little foggy and the paint color dated as all hell. Is that champagne? Tan? Who could say. But you know me, I have a soft spot in my heart for early 2000s Mercedes cars.