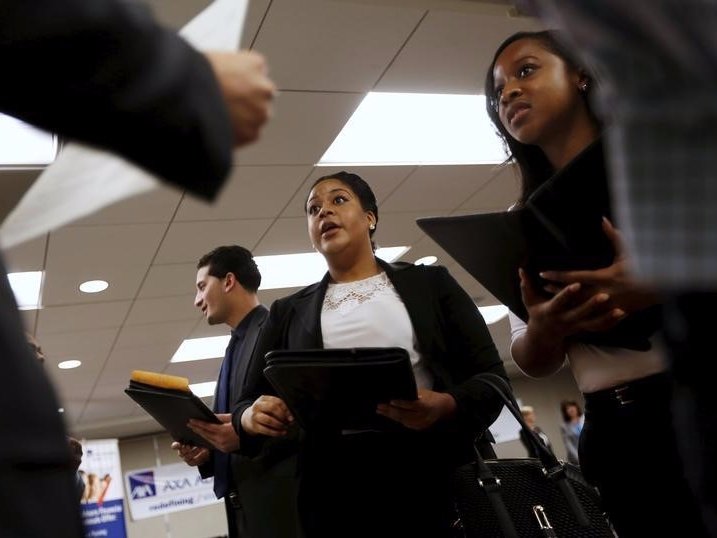 Job openings in the US unexpectedly ticked up ever so slightly, according to the Bureau of Labor Statistics.

Job openings rose to 5.743 million in March, up from the prior month’s downwardly revised 5.682 million.

Economists had forecast that job openings slipped to 5.725 million, according to Bloomberg.

The JOLTS report touches on how many opportunities are available as well as the pace of layoffs and resignations in the US labor market.

The report also includes the quits rate, one of Federal Reserve Chair Janet Yellen’s favored labor market indicators. The quits rate held steady to 2.1% in March from its post-recession high of 2.2% in January.

Although the word “quit” comes with a slew of negative connotations, a higher quits rate actually sends a message about rising worker confidence in the labor market. More optimistic workers might feel comfortable leaving their current jobs because they believe they can find another quickly, or because they have already found another one. On the flip side, when there are layoffs during economic downturns, few feel comfortable leaving their jobs.

Taking that idea one step further, some economists have pointed outthat the quits rate tends as a leading indicator of wage growth.