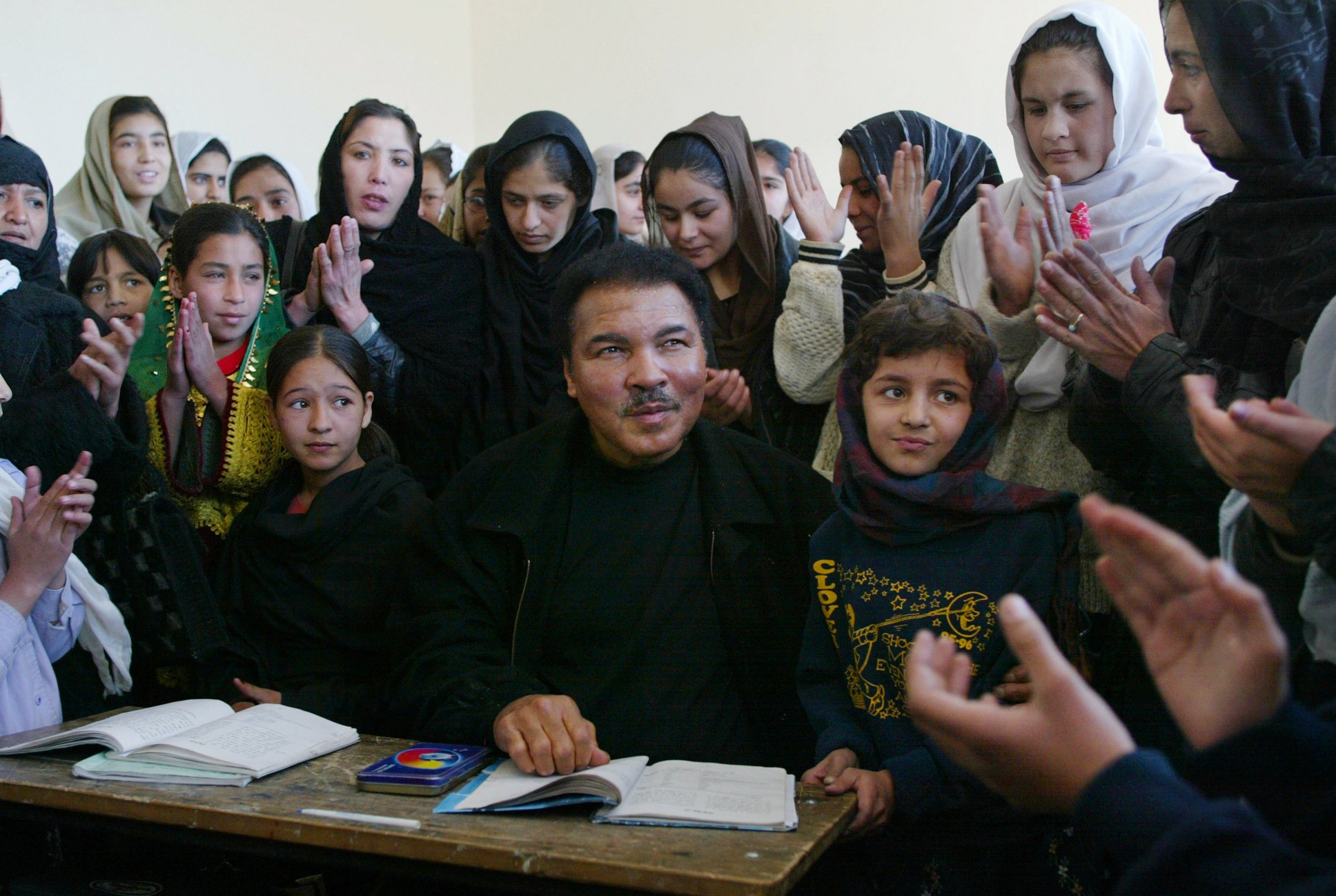 22 of Muhammad Ali’s greatest quotes of all time

Though the statement did not address him by name, it was presumably aimed at Donald Trump, who had floated the idea of banning all Muslims from entering the US in the wake of ISIS-inspired terror attacks in Paris and San Bernardino, California.

“Our political leaders should use their position to bring understanding about the religion of Islam,” Ali wrote, “and clarify that these misguided murderers have perverted people’s views on what Islam really is.”

Ali — who changed his name from Cassius Clay (what he called his “slave name”) to Muhammed Ali after becoming affiliated with the Nation of Islam in the 1960s — wrote that “true Muslims know that the ruthless violence of so called Islamic Jihadists goes against the very tenets of our religion.”

“I am a Muslim and there is nothing Islamic about killing innocent people in Paris, San Bernardino, or anywhere else in the world,” Ali said.

We as Muslims have to stand up to those who use Islam to advance their own personal agenda. They have alienated many from learning about Islam. True Muslims know or should know that it goes against our religion to try and force Islam on anybody.

Speaking as someone who has never been accused of political correctness, I believe that our political leaders should use their position to bring understanding about the religion of Islam and clarify that these misguided murderers have perverted people’s views on what Islam really is.

Trump — who tweeted shortly after the news of Ali’s death broke that Ali was “a truly great champion and a wonderful guy” who “will be missed by all!” — has since walked back his claim that he would ban all Muslims from entering the US, saying it was just a “suggestion.”

Ali, who was encouraged to join the Nation of Islam by the controversial American Muslim minister and human-rights activist Malcolm X, was both strongly praised and vehemently criticized for his political and religious beliefs throughout his life.

“He wasn’t perfect, of course,” US President Barack Obama said in a statement released shortly after Ali’s death.

“For all his magic in the ring, he could be careless with his words, and full of contradictions as his faith evolved. But his wonderful, infectious, even innocent spirit ultimately won him more fans than foes – maybe because in him, we hoped to see something of ourselves.”