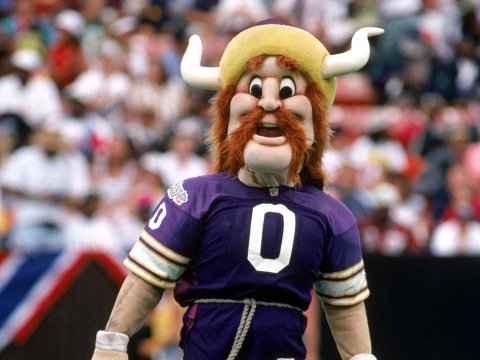 However, a look back at the 1995 Pro Bowl unveiled something interesting. Many teams used new, bizarre mascots, and most of the mascots were never seen again.

The characters were originally introduced as a short-lived NFL merchandising effort called “Team NFL Heroes.” You can read more about that project at Uni-Watch, and you can see an example for sale on eBay.

It’s unclear if every team had a mascot made for this Pro Bowl, but there are several for teams that don’t traditionally use a mascot during games, and at least one of the mascots is still used today.

A spokesperson for the NFL was unsure why the mascots were made or why they were only used once.

Check out the mascots below.

This story has been updated from its original version.