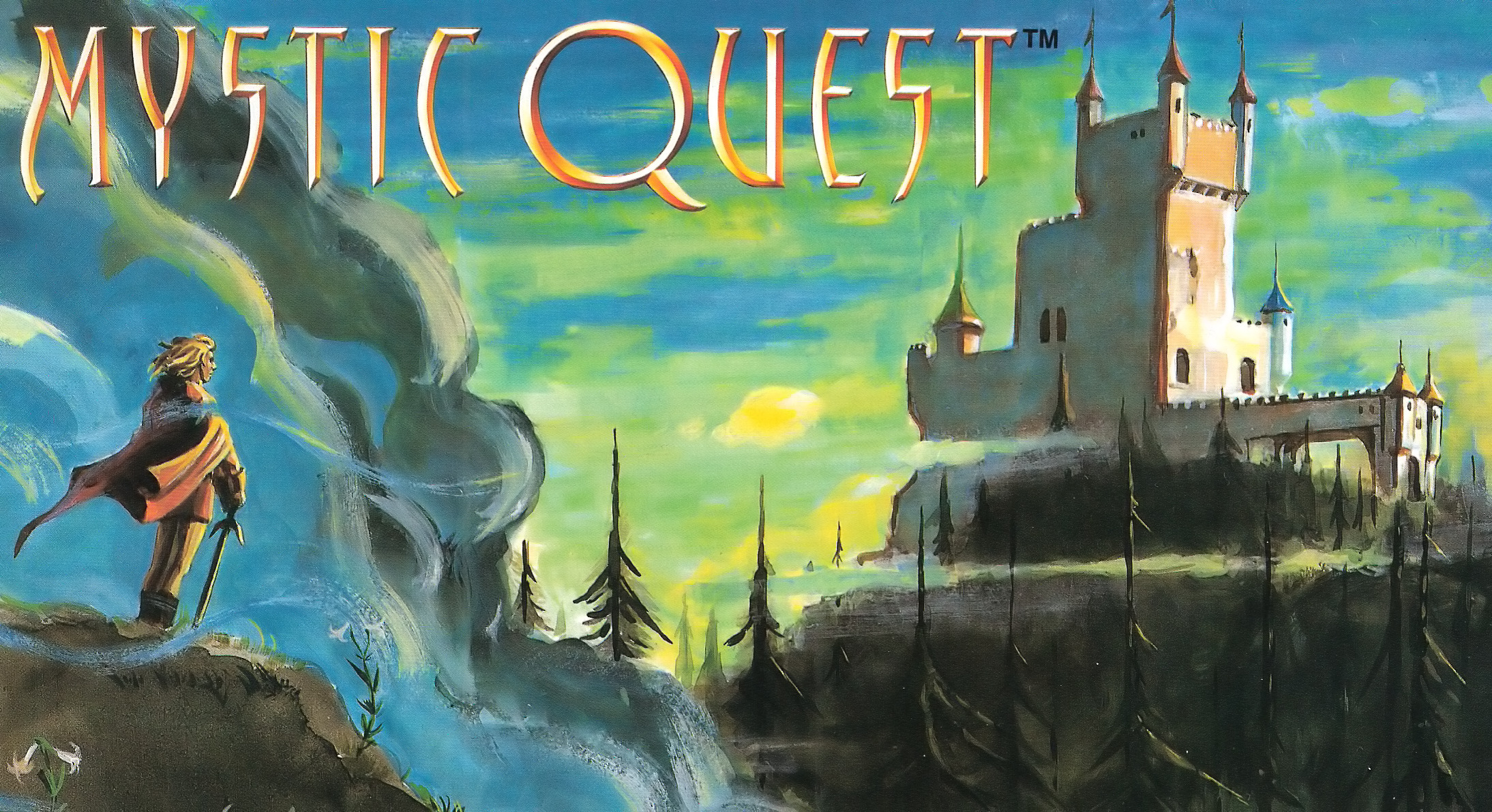 The other game I picked up later that summer was Final Fantasy: Mystic Quest, a game that gets an unwarranted and psychotic amount of hate. Just to be clear, I was already a fan of Final Fantasy before playing this. Even with both of the Super Nintendo games under my belt, I still enjoyed this game immensely.

One of the more obvious facts of life is that gamers are proud of their hobby and don’t like to be disrespected with kid gloves. Final Fantasy: Mystic Quest was created by Square to be a sort of introduction JRPG for newcomers, prepping them for the genre’s incoming decade of dominance, and for that reason, gamers hate it. Not because it is a bad game, but because its mere existence is a slight against their pride.

Final Fantasy: Mystic Quest stars Benjamin, a wandering warrior who travels to the four corners of the Earth to… of course, save it from an ultimate evil. He travels to countries representing the four elements of air, water, fire, and trees, and in each region, he partners up with a local to crash through the dungeons and restore the population’s lost elements.

For every reason this game gets poo-pooed on, I can point to a reasoning for how it is “different” rather than “bad.” The game only has a small selection of armor and weapons to choose from? Well, it’s more like a Metroidvania in that sense really, stumbling across treasures that only serve to make Benjamin more powerful. Defense and status protections also stack, meaning he’s totally indestructible by the end of the game and able to take and dish out an absurd amount of damage and negative effects.

Battles are not random, and they must be activated by running into enemies or accessing tiles on the world map? I thought we all hated random battles nowadays. Maybe Final Fantasy: Mystic Quest was a bit ahead of the curve in that regard.

It’s too short? Sign me up! I need a break from these long games.

And how can you not love this title screen music? Even the haters agree that Final Fantasy: Mystic Quest’s soundtrack is pretty rockin’.

Final Fantasy: Mystic Quest stole my heart with its simple charms and lightning-fast pace. 12-year-old Ron recognized that the world was much more condensed, the first sign that I was catching onto differences in these games, and I loved that I could blaze through a few dungeons in between my Tecmo Secret of the Stars grinding sessions.

I was also fascinated by the subcast, all of whom had a lot more personality than Benjamin. Reuban, the fire kid, was my favorite, but Tristam wielded an awesome claw that could hookshot across gaps! I mean, who needs character depth when you can do that? People have loved Link for years!

Even fifteen games later and having much more knowledge about the series than I did then, I still can’t see this as a bad game. Different? Easy? Short? Shallow? Yes, but definitely not bad. Final Fantasy: Mystic Quest has a lot going for it, even if it isn’t the most loyal to its franchise’s traditions.