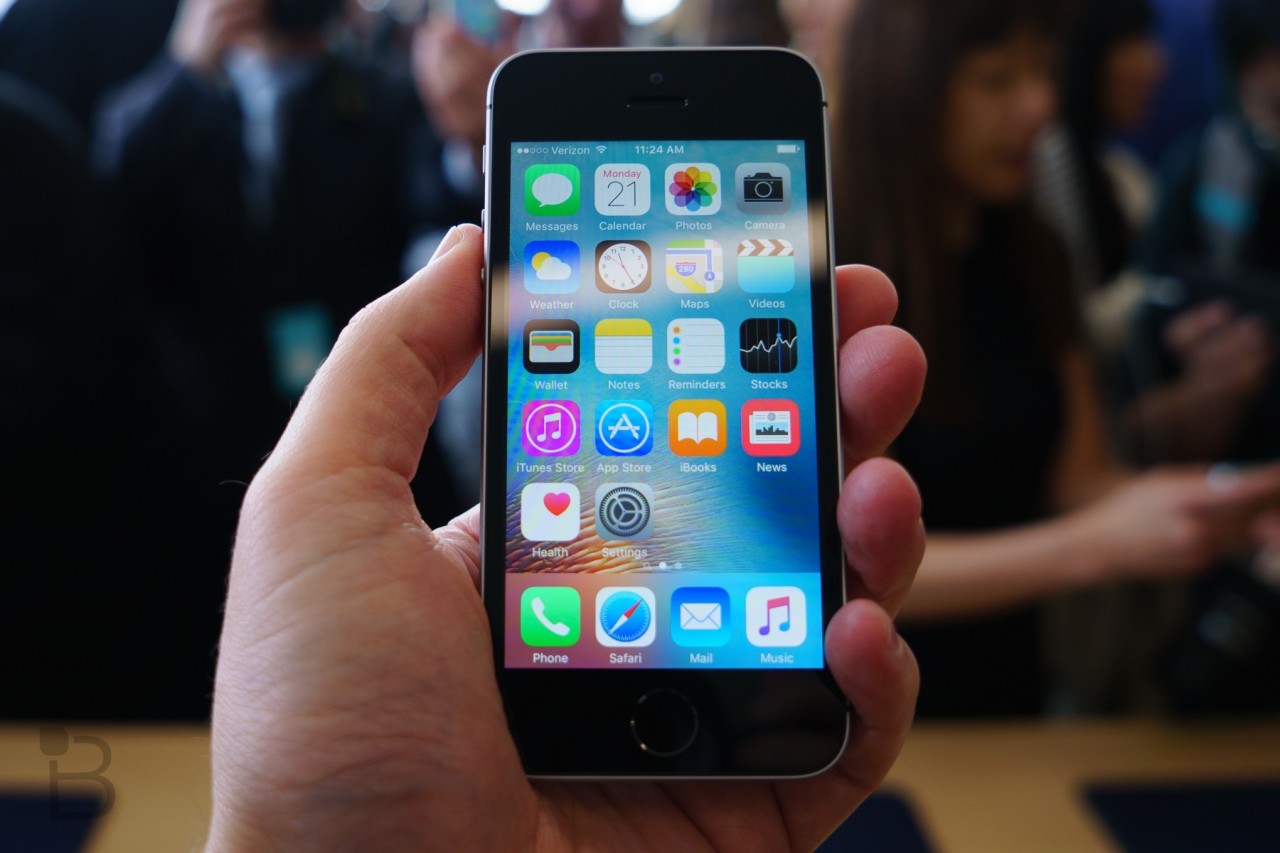 Apple introduced a new iPhone on Monday, marking a shift in its strategy for iPhone release dates. The company typically introduces new iPhones in September and then stays quiet on the topic until the following fall. The iPhone SE offers most of the flagship specs as the iPhone 6s and iPhone 6s Plus, just in a much smaller 4-inch form factor. Apple said it decided to deliver a new device in that size because it sold 30 million such devices in 2015. Pretty crazy.

Let’s take a quick look at the top 5 features of the iPhone SE.

The size is probably the #1 feature of the iPhone SE. It looks (and should feel) almost identical to the iPhone 5 and iPhone 5s, which means folks with those phones can get all the latest internals without also jumping up to a larger smartphone. It measures 4.87 inches tall by 2.31 inches wide and just 0.30 inches thick. It weighs 13 grams. As we already noted, you’ll also find a 4-inch display with an 1136 x 640-pixels (326ppi), an A9 processor, the beloved aluminum body and more.

Apple is offering the iPhone SE at a great price. The entry-level 16GB model starts at just $399, which is pretty incredible considering you’re getting all of the flagship specs also found in the much more expensive iPhone 6s and iPhone 6s Plus. Pricing on a two-year contract should be $0 up front, while monthly phone installment plans will start at $13.30 per month. The 64GB model will set you back $499 off contract or $16.64 per month on an installment plan. Apple will sell the phone in silver, gold, space grey and rose gold.

Apple didn’t cut back on the camera at all. You’ll still get a 12MP camera with a 4K video recording. That might seem like a no-brainer, but a lot of rumors leading up into the launch suggested that Apple was going to pull back on the camera to cut costs. Not so, it seems, and with the A9 processor Apple says you’ll be able to edit two video streams at the same time.

Rumors also suggested Apple was going to pull Live Photos support from the iPhone SE, again perhaps to cut costs. But, as we just learned, the iPhone SE does indeed support the ability to capture and view Live Photos. That means the camera will record a bit of information before and after you take a picture, allowing them to appear as a short video clip when sharing with friends and family who also own iPhones. It’s a feature I love on my iPhone 6s Plus.

No surprise here but definitely a highlight: the iPhone SE has full Apple Pay and Touch ID integration, so you’ll be able to use your fingerprint to authorize tap-and-pay purchases and locations around the globe. That’s going to be a nice bump for folks with the iPhone 5s who otherwise weren’t able to use Apple Pay due to the lack of an NFC chip in the smartphone. Also, Touch ID should be much, much faster than the sensor originally included in that device.