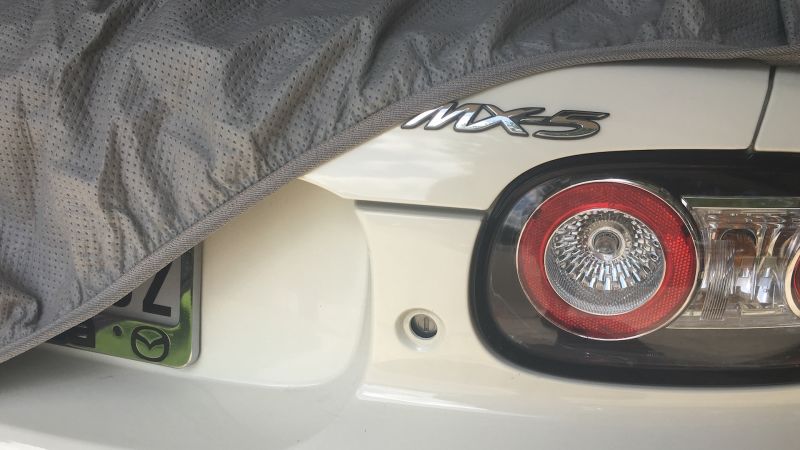 Here at Jalopnik, we get a whole lot of emails. But a recent message we received raised a good question: As a car person, what is the most appropriate way to respond if you happen to catch someone peeking under your car cover? And, on the other side of that, is it right to peek under a cover at all?

The email that brought up this question came from a reader, Aaron, who has a 2005Lotus Elise. He’s currently in an apartment complex while on the house hunt, and keeps the Elise under a car port with a cover over it. Aaron says it’s common to get home and see that someone’s lifted the cover on the car, but that he actually caught a person doing so overnight.

He said he yelled a “not nice thing” at the person about not touching the car, and the person had the same level of pleasantries in response. Obviously, as Aaron said, he wasn’t happy. It’s a nice car, and he says it’s “the only nice thing” he owns.

But at the same time, it makes sense that a casual passerby would be curious to know what was under the cover on a car like the Elise considering its unique, exotic-looking shape. Its silhouette isn’t as glaringly revealing as something like a Nissan Juke, after all.

That’s where he was conflicted: Did a curious potential Jalop violate privacy and step over the line by lifting up the cover, or was Aaron too harsh in a moment that could have made for good conversation with a fellow car person?

Update, April 15 at 3 p.m. ET: Aaron sent us a few photos of his lovely Lotus, for your viewing pleasure.

What’s Your Saddest ‘Stuck On The Side Of The Road’ Story?

What Was The Dumbest Shit You Modded Your Car With?