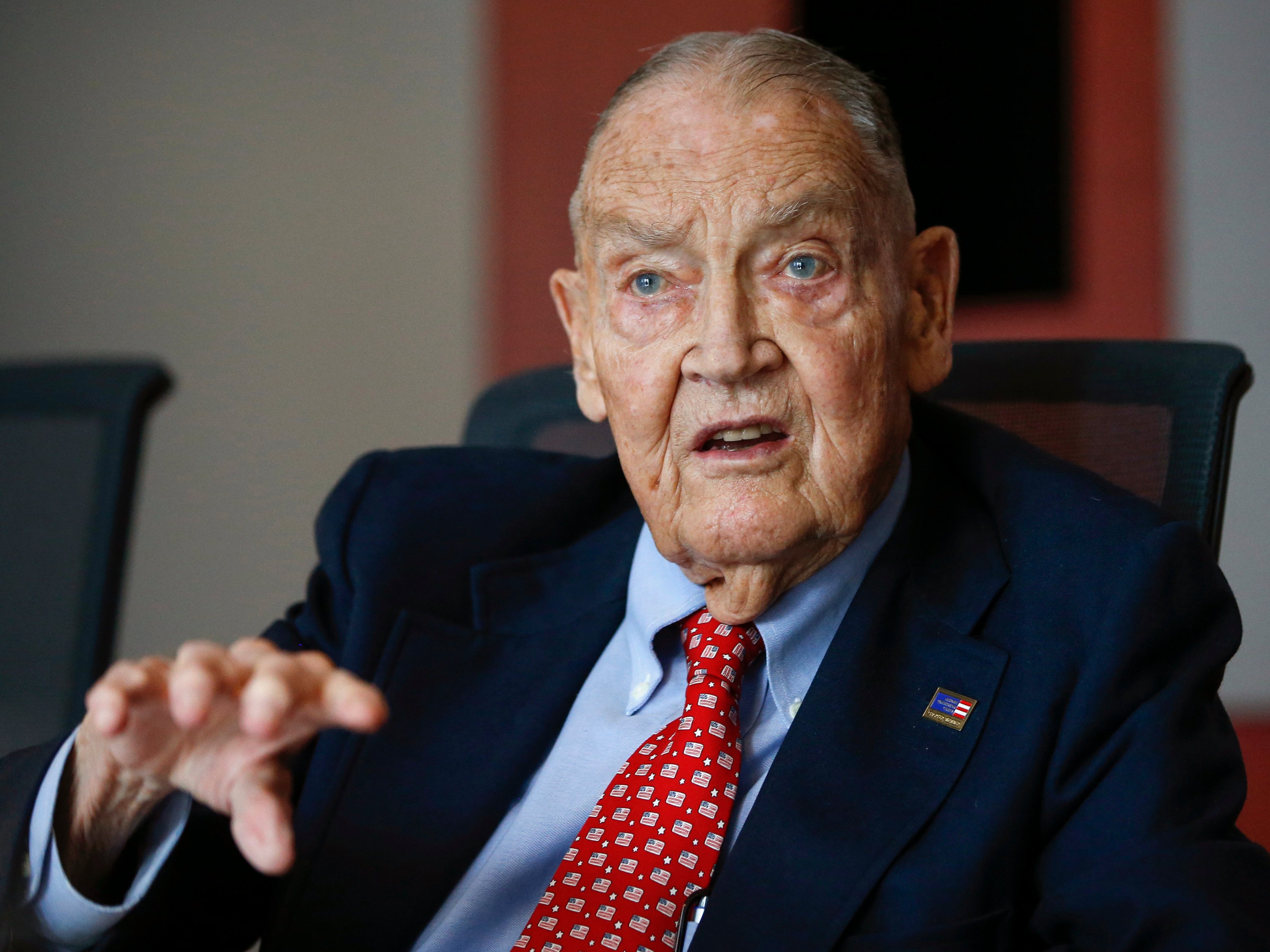 Jack Bogle, founder of the Vanguard Group, is not a fan of investing abroad.

The creator of indexed mutual funds thinks that investing outside of the US is too risky and American investors should keep their money at home.

This is a point he’s made numerous times, but in an interview with Bloomberg View’s Barry Ritholtz, Bogle added another wrinkle: US investors already have money invested overseas even if they don’t know it.

“US companies get half of their revenues… and half of their earnings from outside the US,” said Bogle on Ritholtz’s Masters in Business podcast.

“You have an international portfolio, why do you want a larger one?”

Bogle’s argument is that most companies already have sales in international markets, so by investing directly in foreign stocks investors are also exposing themselves to the macroeconomic conditions of those nations. In essence, you’re not diversifying your risks away from the US economy but adding another risk to your portfolio.

Bogle pointed to the 3 largest holdings in international index funds as an example.

“So if people knew they were putting 45% of their so-called international, non-US, money in Great Britain, France and Japan — I mean every one of those three countries has real problems,” Bogle said.

Bogle also didn’t like the idea of equally weighting the exposure of an international portfolio to avoid this pitfall as it would include other unstable names.

“I don’t like the idea [of equal weighted foreign exposure] because you would have as much in, I don’t know, Honduras as you do in Great Britain,” said Bogle. “It wouldn’t make any sense.”

He also noted that a US-only portfolio has significantly outperformed a non-US portfolio in the 22 years since he initially made his call against foreign investing in his book “Bogle on Mutual Funds”. Bogle did acknowledge that foreign investments’ underperformance against the US is unlikely to be as great as it has been, but there is no reason to think non-US markets will markedly outperform the US even if this spread narrows.

“And the reason I don’t think it will reverse is that we have this fabulous economy here. I mean yes it has problems, but probably less problems than any country in the world.”

SEE ALSO:Emerging markets are still not ready to be the ‘trade of the decade’