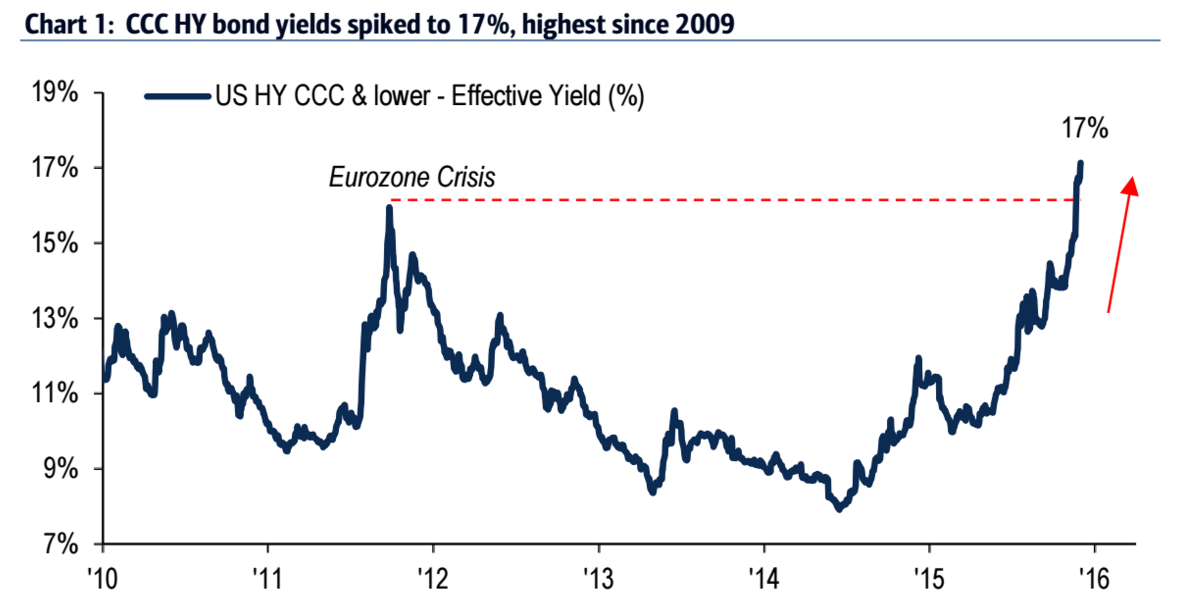 What a difference a few months make.

2016 began with a series of stock routs in China and a collapse in oil prices to below $30 a barrel, prompting panic in the market for bonds issued by energy companies.

The riskiness of so-called high-yield debt spiked to record levels, and a new crisis looked imminent. High-yield debt is all about greater risk and greater reward, and it specifically refers to debt issued by companies given a credit rating of BBB- or below by the credit-rating agencies.

It’s the risky end of the debt market, as it is more volatile than safer debt such as government bonds, but it has become popular because it offers high returns in an era of near-zero interest rates.

At the end of last year, some investment funds that were focused on the high-yield market imploded, causing a wave of panic. In December, the US fund Third Avenue said it would liquidate its Focused Credit fund and freeze withdrawals because it was unable to sell its high-yield bonds fast enough.

In the same month, Lucidus Capital Partners liquidated its entire portfolio to return the $900 million it had under management to investors.

Analysts predicting doom were out in force, with Societe Generale’s Albert Edwards predicting that pain in the debt markets would hit stocks, forecasting a 75% drop in the US S&P 500.

Analysts at the investment bank Jefferies, led by Sean Darby, attribute this to two factors: easing monetary conditions, which makes it cheaper to borrow and swap out maturing debt, and a recovery in oil.

Here’s what they have to say (emphasis ours):

The drop in non-OPEC oil production (primarily led by the US) and tentative verbal agreements amongst some OPEC members appears to have put a bottom in oil prices.

The bottom line is that the ‘perfect storm’ is passing and that a number of unrelated factors have caused monetary conditions to ease.

As a result, a relative calm has returned to the high-yield debt market, and money is flowing back in.

Here’s the chart from Jefferies: