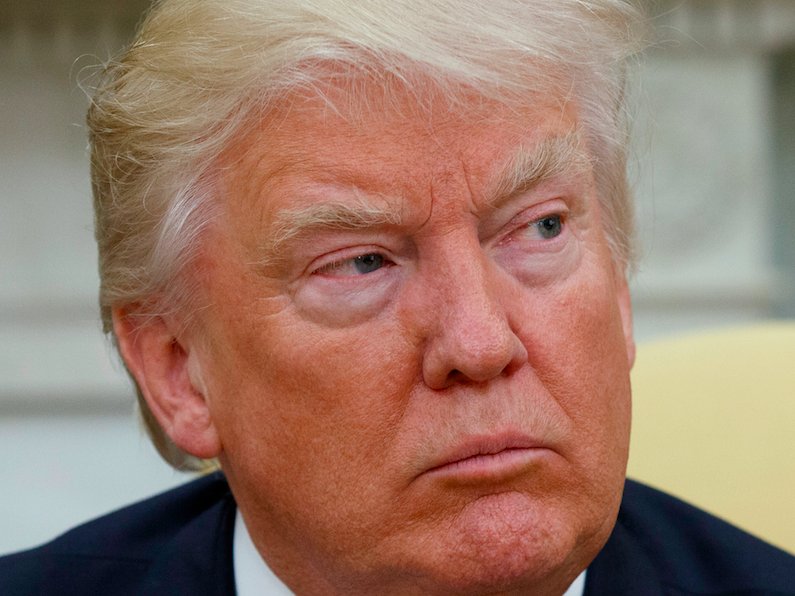 In this May 10, 2017 file photo, President Donald Trump talks to reporters in the Oval Office of the White House in Washington.Associated Press/Evan Vucci

The investment bank said that: “Since President Trump’s election, news coverage around topics such as war, terrorism and cyberattacks has surged, reflecting perceptions that Republican Presidents are more assertive abroad than Democrats, and President Trump’s call for a rethink on his predecessor’s foreign policy.”

JPMorgan proposed: “a daily Geopolitical Anxiety Index (GAI) to measure complacency and fear, and to recommend tactical positioning at the extremes (hedge when anxiety/volatility are low, fade when fear/volatility are high).”

The GAI index measures the number of news stories about ten different geopolitical risk topics and the current reading shows that anxiety is at its highest point since the Arab Spring in 2011: JPMorgan analyst John Normand looked at how geopolitics tends to affect asset performance by examining historical data back to the 1980s and found four key takeaways:

While geopolitical anxiety is not quite as high as it was during the Iraq War or September 11th, JPMorgan says it still looks high by historical standards. Despite this, the VIX — a volatility measure often called the “fear index” — is at its lowest level in years. This suggests traders aren’t paying much mind to the increase in reports about geopolitical risks.

Normand says that crisis cycles are inconsistent and usually have “dynamics which are unique and therefore difficult to model based on the apparent, historical norm.” As a result, he doesn’t recommend using the GAI on its own as a basis for making trades.

Instead, he says, investors should use the GAI to “distill history, construct an intuitive hedging/trading rule, but overlay judgment.” In short, it’s a useful data point but you shouldn’t blindly follow it.