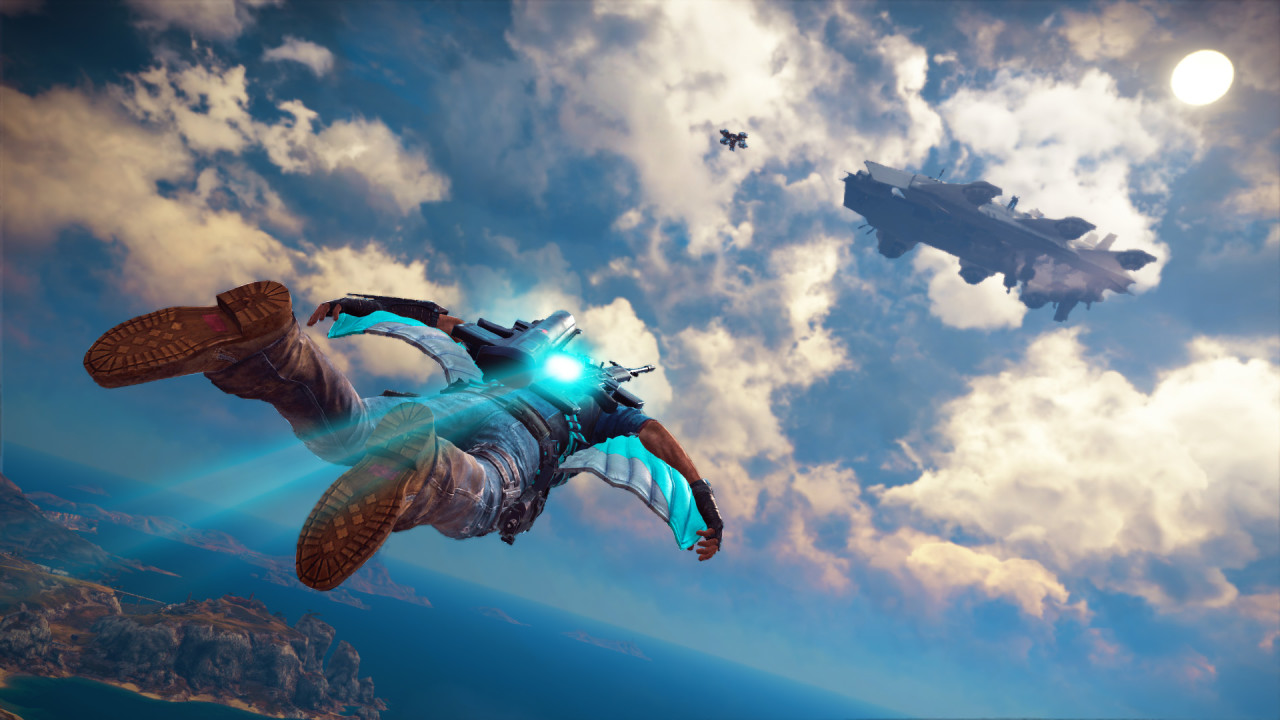 Just Cause is a series about a man who topples evil dictators by waging a one-man war against infrastructure. I have just one question about this first DLC, though. Where do we get giant, invading robots from!?

“Sky Fortress” is the first DLC expansion in Just Cause 3’s “Air, Land and Sea” season pass, and it looks like a dream come true. Normally, Rico’s impossible stunts seem all the more impressive because they take place in the real world.

With “Sky Fortress,” we get our first look at what Just Cause would look like with a dose of science fiction. A giant floating mothership appears in the sky over Medici, and Rico must bring it down. However, robots stationed around the ground beneath the ship will not allow him to get close enough. That’s why he needs a new fully-armed wingsuit, one which allows him to fire lasers while traveling at super sonic speeds, to take out the turrets and drones.

The trailer is about as fun as you might think. I haven’t checked in with Just Cause 3 in a while, so I don’t know if the loading times and other issues have been fixed yet. If they have though, I might consider snatching this expansion up.

“Sky Fortress” will be released in March for the PlayStation 4, Xbox One, and PC.