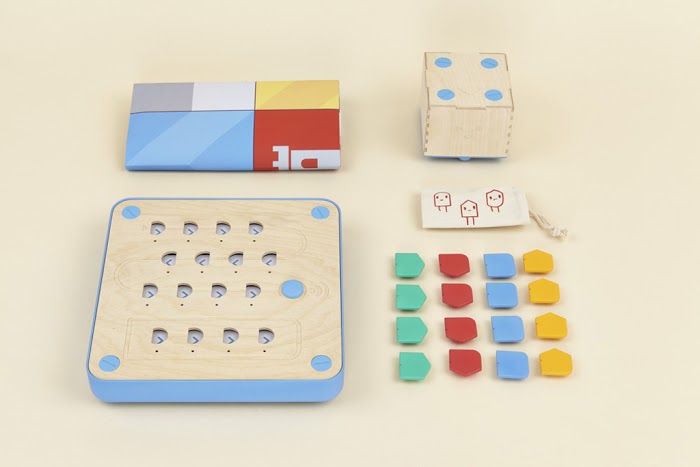 Coding is quickly becoming a necessary skill, but there’s no easy to way to introduce it to young children. You can’t just stick a three-year-old in front of a computer and tell them to code, and even if you could all that screen time can’t be good for them. Thankfully there’s a clever alternative that turns coding into a screen-free game anyone can play.

Cubetto is meant for young children, but after taking a closer look I wouldn’t mind trying it out for myself.

The concept behind Cubetto is simple. You use simplified computer code language to guide a smiling wooden robot across a map. To do that you’ll use a special programming board and colored wooden blocks to guide the robot around.

The programming board is meant to resemble lines of code, with four rows to fill in and a single button to start your sequence. The blocks come in a few different colors. Green means forward, red means turns right and yellow means turn left.

There’s also a blue Function block, which will make the robot act out a more complicated action that’s programmed into a fourth function line at the bottom of the board. You can even put a blue block into the function line to create an infinite loop.

The entire thing is designed so anyone can pick it up and start experimenting. Most of the time you’ll work by trial and error, moving blocks around until you find the right path for the robot.

Primo Toys, the company behind Cubetto, also included Bluetooth support. In the future, the firm could release new blocks that make it possible to control other devices around the house with your programming board.

You can pre-order Cubetto for as little as $175 and receive it in August. There’s also a special expansion pack with extra blocks, world maps and story books for $245, which should ship in September.

Primo Toys has been working on Cubetto for years. This is actually the company’s second Kickstarter campaign, following a successful first edition that was a little less polished and required assembly at home. With plenty of experience, the project shouldn’t run into any issues, though delays are always possible.