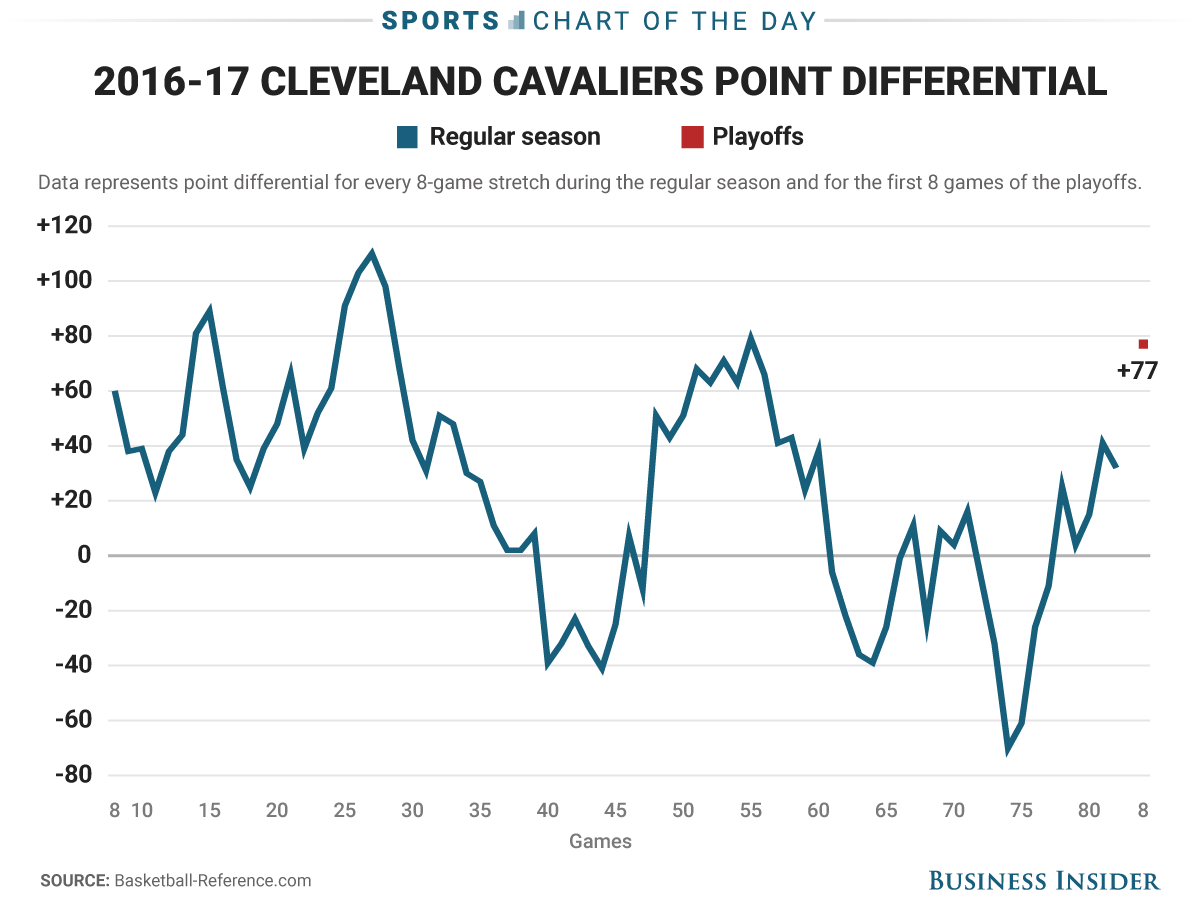 The Cleveland Cavaliers looked like a wreck the final two months of the season. They went 12-15 after the All-Star break and they allowed 109.6 points per game during that stretch, a figure that would have ranked 26th among all teams over the course of the entire season.

That left many debating the biggest topic leading into the playoffs: Would LeBron James and the Cavs be able to “flip the switch” and start dominating when it matters most after two months of looking mediocre and vulnerable?

After eight games and two rounds of the NBA playoffs, the answer is a resounding “YES! Duh.”

Here is a look at the cumulative point differential for every eight-game stretch during the regular season (the line) and how the first eight games of the playoffs (red point) compares.