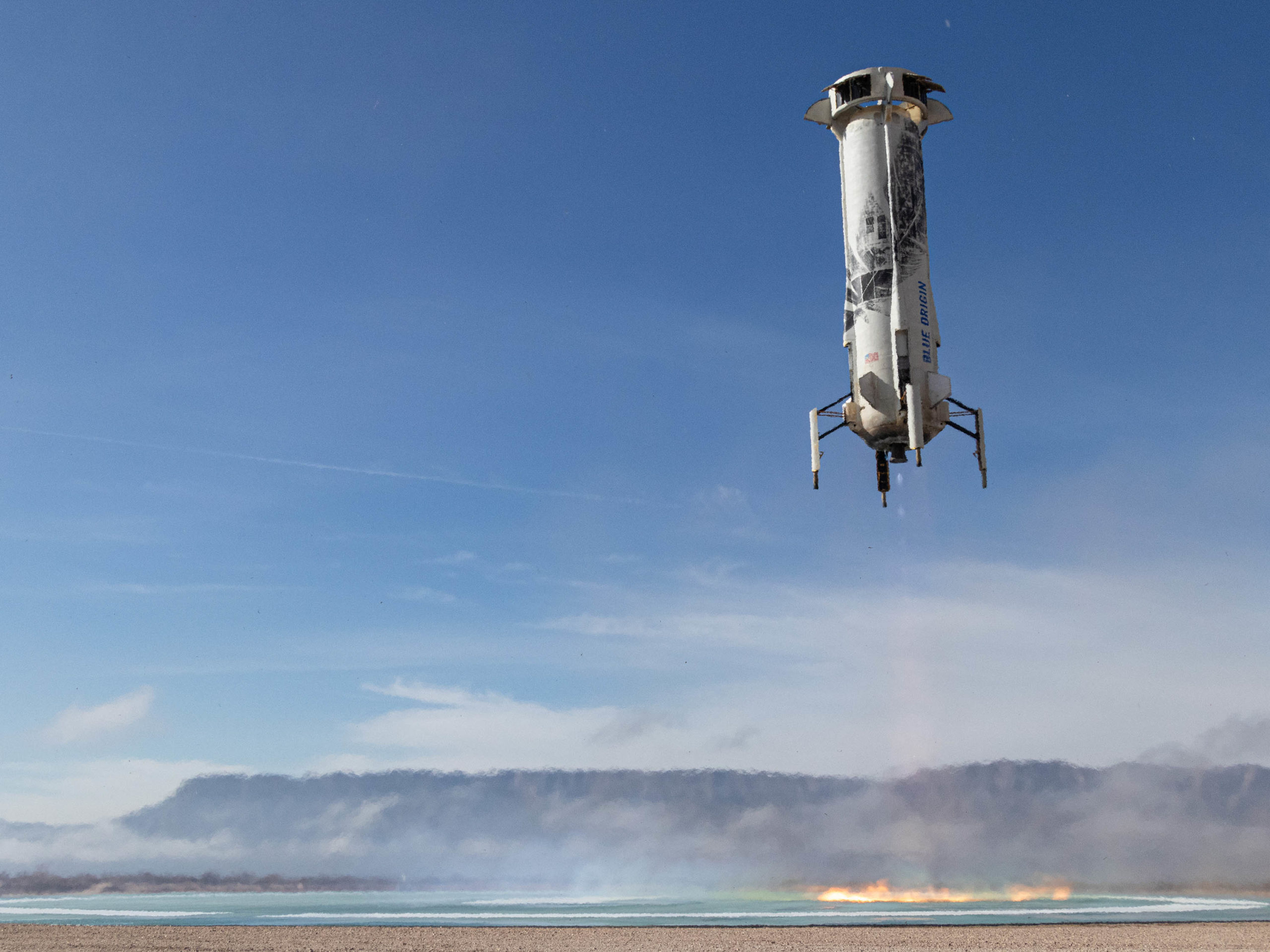 Max Q is a new weekly newsletter all about space from TechCrunch. Sign up here to receive it weekly on Sundays in your inbox.

This is it – the very first edition of Max Q: TechCrunch’s space newsletter. Despite approaching the end of the year, it’s been a really busy week in the space industry, too. Between launches real and metaphorical, there’s plenty of activity to catch up on. And if you’ve got any space stuff you want to share for future newsletters, feel free to email me at darrell@techcrunch.com or let me know on Twitter @etherington.

Space enters a bit of a frenzy time at year’s end as a lot of other areas in tech are slowing down – especially over the past few years, as a number of companies push to re-ignite crewed spaceflight in the U.S. It’s common for many of these companies, and NASA itself, to set ambitious, optimistic timelines, and that often also means trying to fit in as much as possible before the year is out to make good on at least some of those promises.

Blue Origin launched its 12th New Shepard sub-orbital spacecraft this week, on its second try after bad weather scrubbed the first attempt. The launch was the sixth for the booster stage rocket used on the mission, and it landed perfectly meaning it could potentially serve even more launches in future.

Onboard were experimental and research payloads from Columbia University and NASA’s Kennedy Space Center, as well as student postcards and art projects from a collaborative contest launched with the band OK Go. This mission is also noteworthy because it’s yet another step in Blue Origin’s progress towards qualifying New Shepard for human flight, after which it’ll start to shuttle tourists to space for a quick, but unbeatable, view.

Rocket Lab, one of few launch startups that’s actually flying payloads to space, has officially opened its second launch pad – this one in the U.S. The company’s original launch site, which will continue to fly missions, is in New Zealand, but its new launch facility on Wallops Island in Virginia will open the doors for a key new customers, the U.S. Air Force. The first launch from this site, designed LC-2, should happen sometime in the first half of next year.

Small satellite startup Kepler Communications has booked two batches of nanosatellite launches on board SpaceX’s new rideshare missions. SpaceX announced earlier this year that it would be doing this as a new offering, allowing companies with smaller payloads to book space on a ride that will take up a bunch at once. It’s perfect for startups like Kepler, who wouldn’t be the primary customer on any SpaceX mission, and who might not be able to find a large lead partner to foot the majority of the bill for a mission that works on their schedule.

A new startup is looking to produce high-resolution, on-demand and timely imaging for various customers and applications, and it’s using its own custom satellites hat are carried by weather balloons to make it happen. Advantages of taking this approach include cost, as well as access and the ability to capture very detailed pictures without having to use massively expensive and bulky optics, as you would from space.

Northrop Grumman’s in-development OmegA launch craft will be able to carry large payloads, and it’ll be doing that mostly on behalf of the U.S. Air Force and other U.S. defence agencies. But the rocket will first need to qualify to get USAF clearance to operate, and it’s going to be using its first ever launch in pursuit of said qualification to also ferry payloads for paying customers. Two birds, one stone, as they say.

There’s a new Star Wars movie coming out this week, and it’ll definitely feature new ships and other fancy sci-fi gadgets, if previous films are any indication. One you won’t see in the movie is this starfighter, which was designed in collaboration with both Porsche and Lucasfilm . The ship has a distinctive Star Wars vibe, to be sure – but Porsche says it’s also got elements inspired by the 911 and Taycan. Still definitely wouldn’t look out of place berthed next to the Millennium Falcon.

What to watch out for this week

SpaceX has a launch coming up on Monday, and the crucial Boeing/NASA commercial crew capsule test launch is set for Friday, December 20. That launch will be the uncrewed version of the first-ever commercial crew launch for Boeing’s Starliner crew capsule, and if all goes well, that will mean we’re closer than ever for U.S. astronauts launching once again from U.S. soil aboard an American launch vehicle.