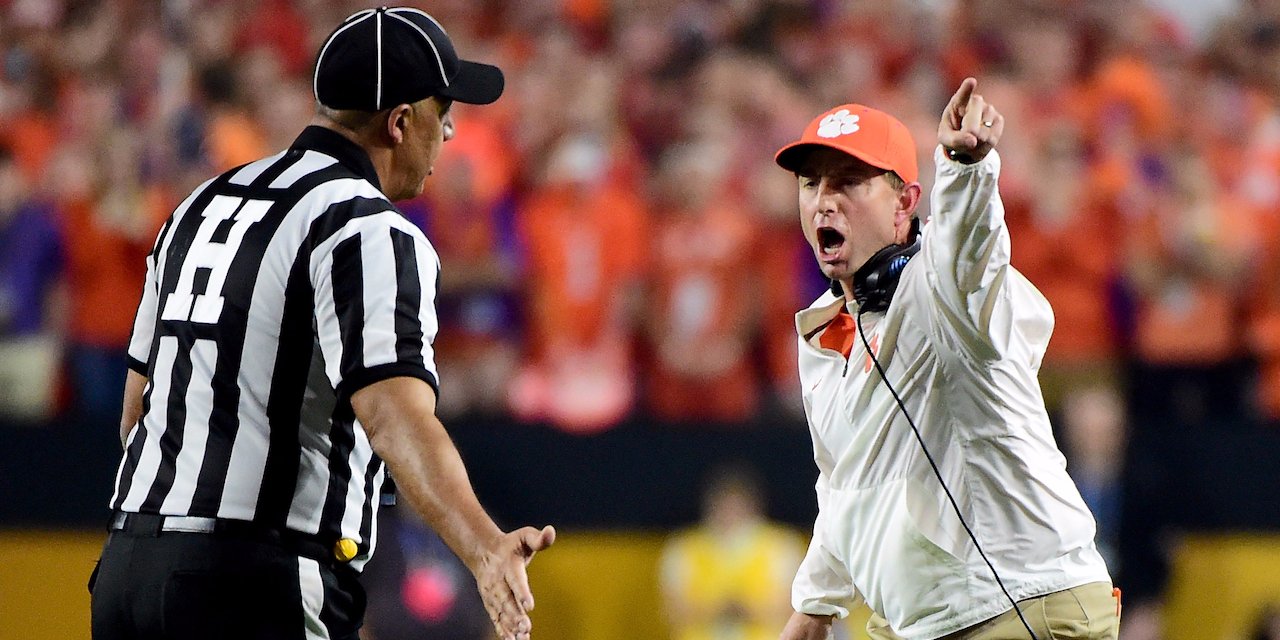 On Monday night, the Alabama Crimson Tide defeated the Clemson Tigers to win their fourth national title in seven years under Nick Saban. While the game was no longer in doubt in the final minutes, it was still stressful to the end for gamblers across the country.

Alabama entered the game as -6.5 point favorites. The -6.5 denotes the fact that the Tide must win by seven points or more for people who bet on Alabama to cash their winning ticket. On the other side, Clemson bettors who got +6.5 needed the Tigers to either win outright, or lose by less than seven in order for their ticket to be a winner.

Through the first half, taking Clemson and the points seemed like a great play, as the Tide had shown no signs that they were about to start blowing them out any time soon. But after Bama converted a surprise onside kick in the third quarter, you could feel the momentum shift. Minutes later, Kenyan Drake took a kickoff 95 yards to the house to give Alabama an 11 point lead, and it looked like the Tide were well on their way to covering the spread. With just 1:04 left in the game, Heisman winner Derrick Henry scored once more to take Bama to a 12 point lead and what surely looked to be a cover.

All was lost for Clemson bettors. Or so they thought. With Alabama playing soft defense with a two-score lead, Deshaun Watson led the Tigers down the field in just 55 seconds before connecting with Jordan Legget for a 24-yard score that would prove inconsequential to many, but meant everything to anyone with money on the game.

That last score gave Clemson the cover, and reportedly swung over $10 million in Vegas alone. The game worked out perfectly for Vegas, in that Alabama won (saving them the liability of anyone cashing in on long shot bets on Clemson to win the title) but failed to cover (as 69% of bets against the spread were on Alabama -6.5).

In gambling parlance, what happened last night is known as a “backdoor cover.” It is used when bettors cash on a game they clearly had no business winning. While 2016 is still young, it’s safe to say that Clemson-Alabama is the leading contender so far for the title of “backdoor cover of the year.”