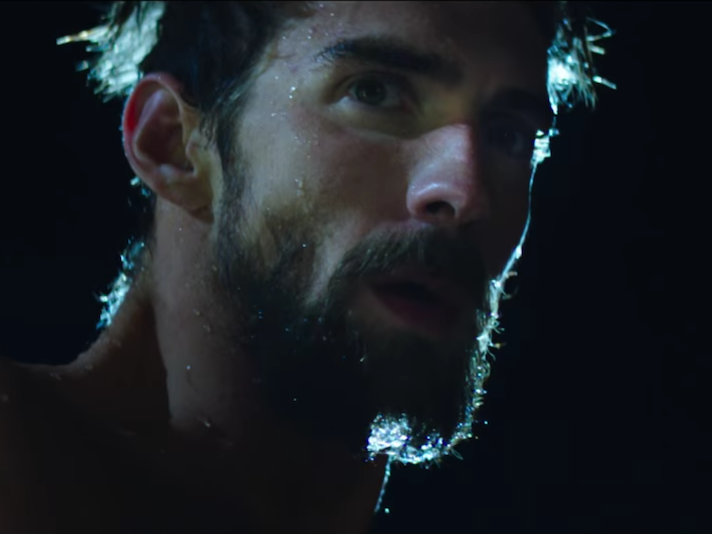 Under Armour unveiled the latest installment of its Rule Yourself campaign on Monday, dropping a gripping 90-second commercial of Olympic swimmer Michael Phelps.

The commercial, like others from the company’s Rule Yourself campaign, focuses not on the glory of winning, but on the grind of training.

“It’s what you do in the dark,” the commercial reads.

At Under Armour’s campus in Baltimore on Monday to promote the video, Phelps said he broke down in tears when first saw it.

“For me, it’s just incredible,” Phelps said of the commercial. “I think it just really shows who I am, and that’s what I wanted. I think the world has seen a part of me throughout my career, but I think this is seeing the real me and seeing who I really am and what goes into everything that I do. It blew my socks off the first time I saw it.”

Under Armour also released a quick clip it recorded of Phelps when he first saw the commercial in December. You can see Phelps get pretty emotional watching alongside his fiancée, Nicole, and Under Armour CEO Kevin Plank: