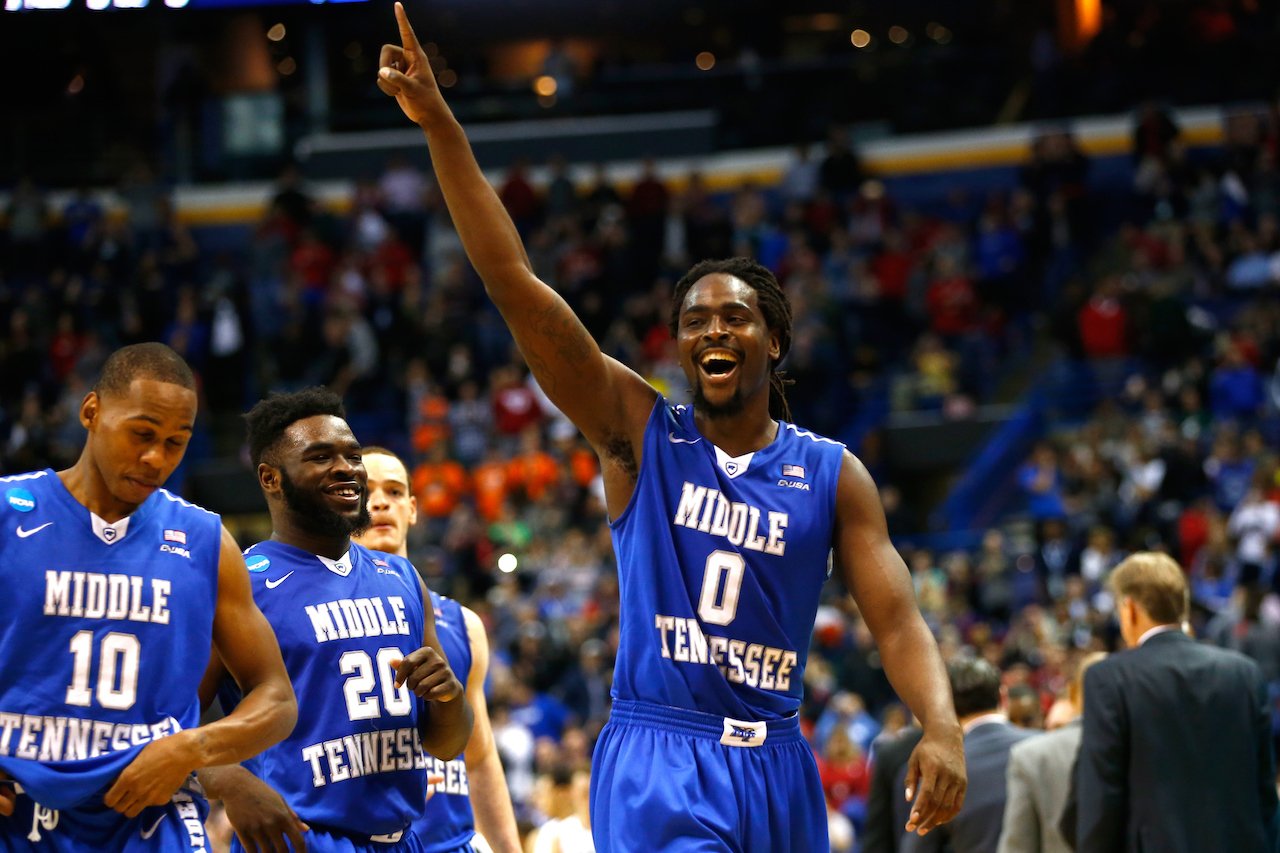 Fifteen-seed Middle Tennessee State pulled off the unthinkable Friday, topping tourney-favorites Michigan State in the first round of the NCAA tournament.

Not only was Middle Tennessee State 16.5-point underdogs entering the game, they had also never previously won a game against an opponent ranked in the top-100. By all accounts, it was the biggest upset in tournament history.

And yet, after their world-shocking, bracket-busting victory, players on Middle Tennessee State barely even celebrated. When the buzzer sounded, they nonchalantly jogged back to their bench, shook hands with Michigan State, and headed to the locker room.

Here’s video of them just after the buzzer sounded:

Aside from a subtle ball-spike, you almost wouldn’t know they had just made history.

“Calm and businesslike, that’s what you are like right now,” the CBS sideline reporter aptly noted.

Middle Tennessee State plays Syracuse for a spot in the Sweet 16. Maybe another upset will get them celebrating.