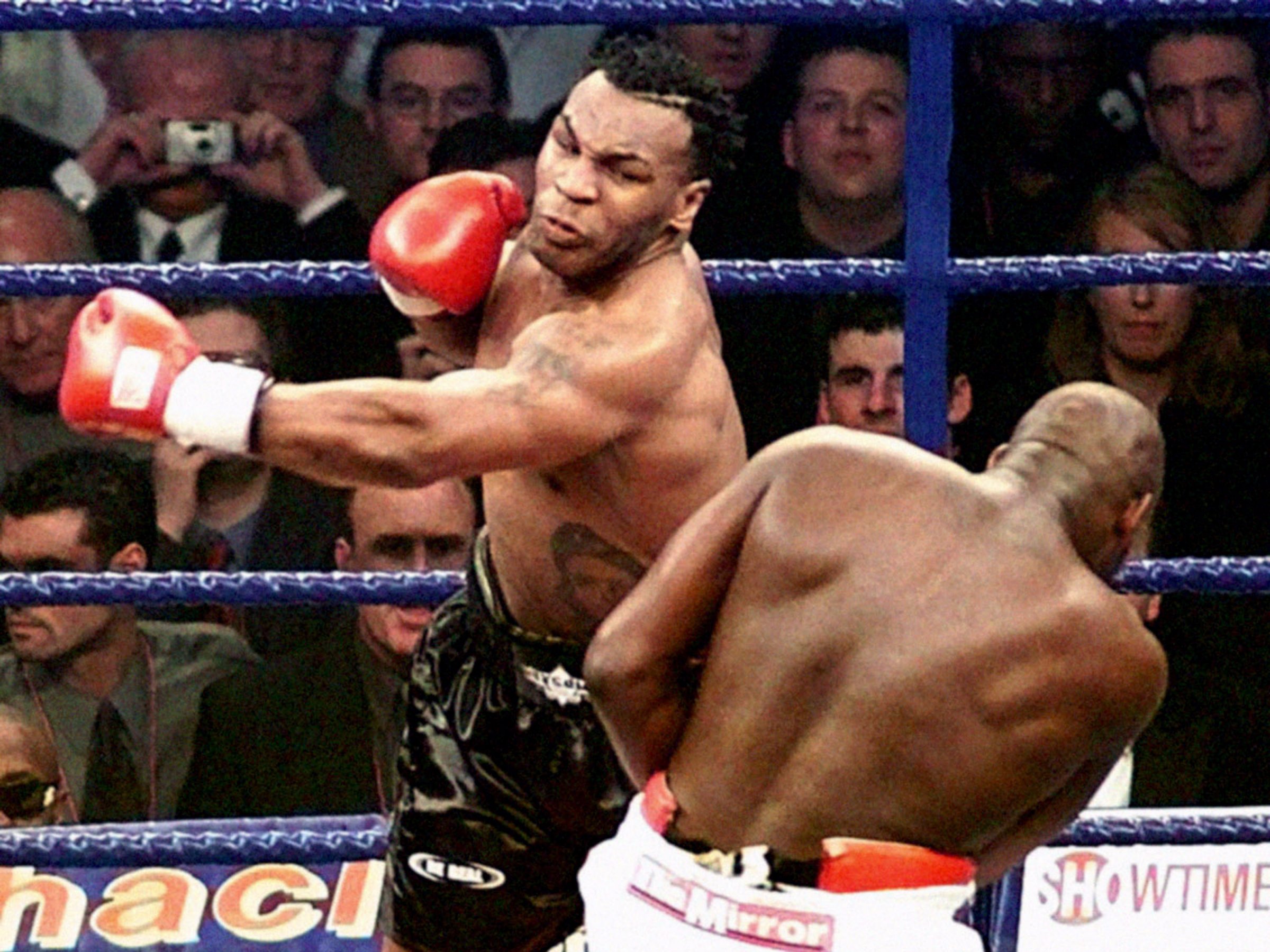 Mike Tyson says it is only a matter of time before Anthony Joshua starts trash-talking on camera.Owen Humphreys / PA Archive / PA Images

“He’s a nice guy but he’s got to stop being a nice guy soon,” Tyson told ESPN.

Once dubbed the “Baddest Man on the Planet,” Tyson reignited the heavyweight division in the 1980s with a ferocious 37-fight win streak.

Controversy soon underlined Tyson’s biggest fights, though, after he bit Evander Holyfield’s ear in 1997 and suffered a disqualification loss.

In 2000, he threatened to eat Lennox Lewis’s children and, in 2002, he bit the Briton’s leg ahead of their anticipated ruckus in Memphis.

“It’s hard to stay [nice], believe me,” Tyson said, claiming Joshua will soon ambandon his ambassadorial image without even realising it.

“People are going to irritate him and he’s going to end up saying things he didn’t know he was capable of saying on television. That’s what happens.”

Joshua has knocked out every opponent he has faced since turning professional in 2013 and secured a legacy win on April 29 thanks to his 11th round stoppage of all-time great Wladimir Klitschko.

His next opponent is yet to be determined.