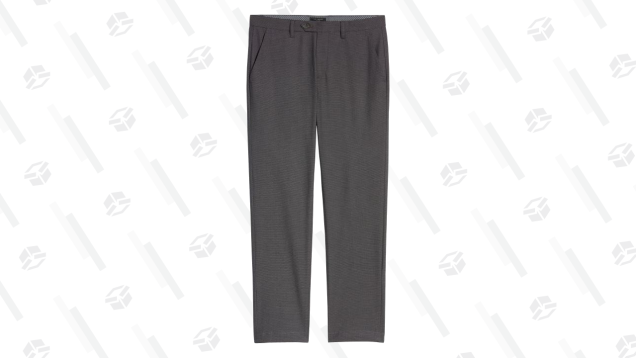 If you’re American you might be having a tough time over the past couple of months feeling like you live in a functional society. If so, I invite you to watch this footage of NASA testing its SLS Flight Support Booster rockets at Northrop Grumman’s facilities in Promontory, Utah, yesterday.

Could a rapidly declining democracy do this? I don’t think so!

What you’re seeing isn’t scientists’ best attempt to spin the Earth backward, therefore sending us back in time to 2019 when things were slightly less nightmarish. It’s the first test of the rocket that is going to take the next generation of astronauts to the Moon as part of NASA’s upcoming Artemis missions. Since this is a test, we don’t know what kind of forces the rocket actually displayed (that info will come out after the scientists crunch the numbers) but what NASA is hoping to see is around 3.6 million pounds of thrust upon ignition for 122 seconds, according to Space.com. The rockets that will actually make it to the Moon, however, will produce more than twice that amount of thrust.

The SLS is NASA’s first deep-space rocket built to carry humans since the Saturn V rockets that carried the Apollo missions. At first, the SLS will send an uncrewed Orion spacecraft and other cargo to the Moon. Just the first of the three uncrewed missions will be responsible for launching 59,500 pounds worth of stuff straight to the Lunar surface. From there, according to NASA’s plans, the rockets get more and more powerful:

Artemis I, the first integrated flight of SLS and Orion, uses the Block 1 configuration, which stands 322 feet, taller than the Statue of Liberty, and weighs 5.75 million lbs. SLS will produce 8.8 million lbs. of maximum thrust, 15 percent more thrust than the Saturn V rocket. For Artemis I, Block 1 will launch an uncrewed Orion spacecraft to an orbit 40,000 miles beyond the Moon, or 280,000 miles from Earth.

This mission will demonstrate the integrated system performance of SLS, Orion, and Exploration Ground Systems prior to a crewed flight. The Artemis II mission will send astronuats on a flight to orbit the Moon. These missions pave the way for landing astronauts on the Moon in 2024, during the Artemis III mission.﻿

The SLS rocket carrying humans to the moon, for instance, will be able to produce 9.5 million pounds of thrust. NASA calls the secondary rocket the “workhorse vehicle for sending cargo to the Moon, Mars, and other deep space destinations.”

This is, it goes without saying, all incredibly badass. In just four short years, we could be back on the Moon. Do you think they’re taking applications still? I wouldn’t mind blasting right off this rock right about now.